Wells Fargo, and The Pony Express


The name “Wells Fargo” evokes images of a six-horse stagecoach, its strongbox loaded with gold, thundering across the American West, oftentimes being chased by Indians or desperadoes.  Where did the legend start?

Soon after gold was discovered in 1848 at Sutter’s Mill, entrepreneurs from all across North America flocked to California, drawn by the promise of huge profits.  Vermont native Henry Wells and New Yorker William Fargo watched California’s booming economy with great interest, suspecting money could indeed be made.  Wells, founder of Wells and Company, and Fargo, a partner in Livingston & Fargo, were major figures in the fiercely competitive express industry.  In 1849 a rival, John Butterfield, founder of Butterfield, Wasson & Company, also entered the express business.  Butterfield, Wells and Fargo soon realized that their competition was wasteful; consequently, in 1850, they joined forces to form the American Express Company. 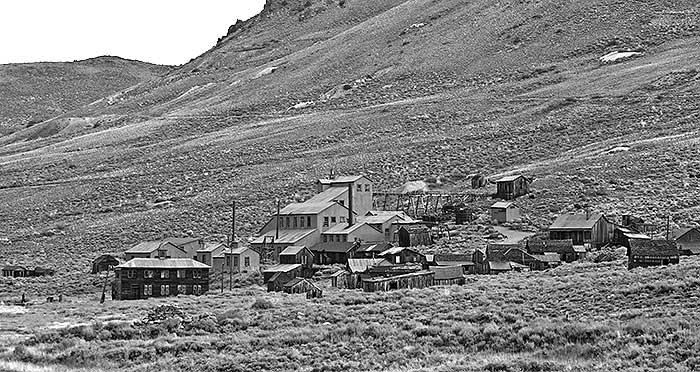 With the discovery of gold the mines needed reliable delivery services.

In 1852, Wells and Fargo founded Wells, Fargo & Co. to serve the West.  The new company offered multiple banking services: buying gold, selling paper bank drafts as gold, and express delivery of gold, as well as anything else transportable that had value.  Wells Fargo opened for business in San Francisco.  Before long, Wells Fargo agents opened offices in other cities and mining camps throughout the West.

In 1855, Wells Fargo faced its first crisis when California’s banking system collapsed due to over-speculation.  The company was forced to close its doors.  Soon thereafter, however, Wells Fargo reopened in sound financial condition, despite having lost one-third of its net worth.  It was one of the few financial and express companies to survive the 1855 panic.

Early on, Wells Fargo joined in the overland staging business to support its banking enterprises.  In 1857, the company helped start John Butterfield’s Overland Mail Company, with its fleet of stagecoaches.

A stagecoach is a four-wheeled enclosed passenger and/or mail coach drawn by four or six horses was widely used before the introduction of railway transport.  Enduring images are that of a Charles Dickens’-inspired passenger coach covered in snow pulling up to an inn; highwaymen demanding a driver throw down the strongbox; and a coach being chased by Indians in a Wild West movie.

Carriage builder J. Stephens Abbot and wheelwright Lewis Downing built the famed stagecoaches of Wells Fargo & Co.  At their factory in Concord, New Hampshire, they perfected the design of this classic vehicle.  It was built high and wide to handle the rough, rutted roads of a rugged country.  The perfectly formed, fitted wheels stood up to decades of drenching mountain storms and desert heat.

A unique feature of these coaches was the suspension.  Instead of steel springs, the coach body rested on leather “thoroughbraces,” made of strips of thick bullhide.  This feature spared the horses from excessive jarring and provided the stagecoach with a gentle rocking motion, leading Mark Twain, in Roughing It, to call it “An imposing cradle on wheels.” Concord coaches weighed 2500 pounds, and they cost $1100 each, including leather and richly patterned cloth interior.  Each coach was given its own number by the Abbot-Downing factory.

Stagecoaches provided regular transportation and communication between St. Louis and San Francisco.  The Butterfield Overland Stage began rolling on September 15, 1858, with twice-weekly mail service.  Its service ended in 1861, with the outbreak of the Civil War.  By 1866, Wells Fargo developed a monopoly over long-distance overland coach and mail service with an enormous network of relay stations, forts, livestock and men.  Wells Fargo stages rolled from California to Nebraska, and from Colorado into the mining regions of Montana and Idaho.

The Strong Box and Security

driver’s seat.  A loaded box weighed from 100 to 150 pounds.  Because they carried the most valuable assets of the West, these sturdy boxes – made of Ponderosa pine, oak and iron – were much sought after by bandits.

The real security of the strong boxes came from those who protected them—the Wells Fargo shotgun guards.  They were “the kind of men you could depend on if you got into a fix,” according to Wells Fargo detective Jim Hume.  If would-be thieves were foolhardy enough to try to steal a treasure box in transit, they found themselves staring down the barrel of a sawed-off shotgun loaded with 00 buckshot.

The history of the American West was written with firearms.  Although this occurred during a fairly brief period a century and a half ago, many guns from this time are still well known today.  Thanks to Hollywood, even persons with little interest in firearms recognize the Colt Peacemaker revolver and the Winchester lever-action rifle as “The Guns That Won the West.” Lesser known is the coach gun, although it was as important as the more famous weapons – perhaps more so – when it came to settling the West.

The term “coach gun” emerged in 1858 when Wells Fargo began regular stagecoach service from Missouri to San Francisco.  The route passed through some of the most lawless areas in the West.  In addition to carrying passengers, Wells Fargo also had contracts for the U. S. Mail, as well as the task of transporting gold shipments to banking facilities.

To say that stagecoaches were a tempting target for outlaws is an understatement.  Between 1870 and 1884, Wells Fargo stages were the target of 347 robbery attempts, an average of about two a month across the system.  Getting the stage and its cargo through was not a job for the fainthearted, and some of the most respected lawmen in the West accepted the challenge.  Among those who spent time driving stagecoaches were Wyatt Earp, Morgan Earp, Wild Bill Hickok and William Fredrick “Buffalo Bill” Cody.

Riding with them was a guard toting a coach gun.  This wasn’t a specific make or model of firearm.  The term “coach gun” refers to a generic class of compact, side-by-side double-barreled shotguns featuring barrels that allowed easy handling in the cramped driver’s box.  Most were equipped with external hammers, called “rabbit ears.” The guns were ideal for the job at hand.

Although repeating rifles held more rounds and had a greater range, only in the movies does a person score consistent hits on moving targets from the bouncing box of a fleeing stagecoach.  The multiple-shot charge from a shotgun was far more likely to score, making the weapon the first choice of savvy stage guards.  The sturdy double barrels were virtually indestructible, and even when heavily fouled, would fire as long as shells could be rammed into the chambers.  A quick wipe of the breeches with a shirttail often put a fouled shotgun right back into action.

When it came to guarding a stagecoach, the coach gun reigned supreme.  Indeed, the term “riding shotgun” is still sometimes used today.  But, as effective as the coach gun was, its dominance, like that of the stagecoach itself, was brief.  By the late 1890s, railroads carried the bulk of gold shipments, making stagecoaches meager pickings for would-be robbers.

The last chapter in America’s use of stagecoaches took place between 1890 and 1915.  It was the motorbus, not the train, that caused the end of horse-drawn passenger vehicles.  After the principal railroad lines had been established, it was frequently impractical to go to places of higher elevation by rail lines if the distance was short.  For that reason, it was the motorbuses that eventually completed the replacement of stagecoaches.  By 1918, stagecoaches operated in only in a few mountain resorts and national parks as a way of promoting the Wild West.

Colt, Stetson, Winchester, Wells Fargo, Dodge City and Tombstone are all legendary names that connote images of the Wild West when America was young.  To get a down-to-earth feel for the Wild West and Wells Fargo stagecoaches, consider spending a night or nights at the Wells Fargo RV Park, which is located in the historic district of Tombstone, Arizona, where the West comes alive, near the OK Corral.

An Adjunct Legend: The Pony Express

The Pony Express – officially named the Central Overland California and Pike’s Peak Express Company – was formed, much like stagecoach service, to answer the California Gold Rush population’s hunger for news from back home.  (The term “pony express” had actually been used earlier, when Americans transmitted information on the backs of fast horses during colonial times.)  The company promised to deliver mail across the country, from St. Joseph, Missouri, to Sacramento, California, in 10 days or less.  Well-mounted, thin fellows (Mark Twain called them “little bits of men, brimful of spirit”) would, by using fresh horses and frequent relay stations (one about every 10 to 15 miles, depending on terrain), crossed largely uninhabited expanses from Missouri to the far coast.

Inevitably, the enterprise proved to be financially unsound.  Even at the initial, exorbitant rate of $5 a half ounce, there was no way that a mailbag – called a “mochila,” – which held only 20 pounds (or $3200 worth) of mail at maximum, could carry enough correspondence to make the Pony Express, with all the riders, livestock and waystation operations, pay for itself.  The usual patrons were the government, newspapers, banks and businesses because an average person could not often afford to send letters via Pony Express.  Often a mochila contained only a few dozen letters.  Consequently, the Pony Express remained in business only from April 3, 1860, to October 26, 1861.  Purists sometimes dispute the ending date, noting that mochilas were still in transit into November.  But for all practical purposes “our little friend the Pony,” as the Sacramento Bee called it, ran no more after the transcontinental telegraph was completed on October 24, 1861.  The Pony Express venture, which lasted for only about 78 weeks, certainly rates as one of the most fabled failed businesses in American history.

The story of the Pony Express – reenacted every spring by the National Pony Express Association – is somewhat like the story of Paul Revere’s ride: an actual historical event, rooted in fact, but layered with embellishments and fabrications.  Pony Express riders who were interviewed late in their lives seldom mentioned Indians or desperadoes.  They always complained about the weather, understandable if you rode a horse across western Nebraska in January at night in a snowstorm.  They also complained bitterly about not being paid.