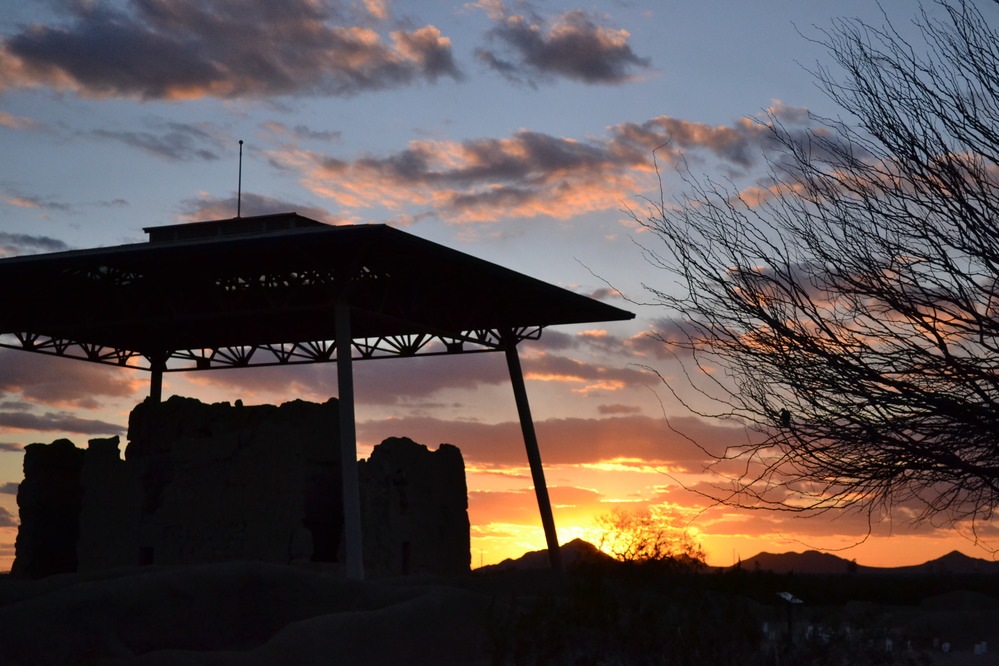 COOLIDGE, AZ – Beginning November 27, 2019 through March 4, 2020, Casa Grande Ruins will host its annual speaker series. The speaker series will kick off on November 27 at noon featuring Dr. Barbara Jaquay who will present a lecture titled “Father Kino: Agriculturist, Explorer, Cartographer, Mission Builder”. Her lecture will help to commemorate the 325th anniversary of Father Kino’s visit to the ruins on November 27, 1694. Kino is credited with being the first European to record his visit and name the ruins “Casa Grande” (Great House). The speaker series will continue every Wednesday at noon through March 4.

Dr. Barbara Jaquay will discuss how Father Kino bridged the gap between the Anglo and the Native American world through his charismatic and caring heart. Assigned to minister to the Native Americans in the Pimería Alta, he took his assignment seriously and accomplished many things in the 24 years he spent there. His scientific knowledge allowed him to make new discoveries. How Kino was able to travel across the vast territory of the Pimería Alta, his trips to the Casa Grande Ruins and other locations, and his maps will be explored in this presentation.

Dr. Barbara Jaquay is a published historical geographer. Her book, Where Have All the Sheep Gone? Sheep Herders and Ranchers in Arizona – A Disappearing Industry, won Finalist in the History: United States Category 2018 Best Book Awards.  She has her Ph.D. from Texas A&M where she wrote on the Caribbean cotton industry which fueled the Industrial Revolution.  She has traveled extensively on all seven continents and has visited over 50 countries.  Dr. Jaquay has followed many of Father Kino’s journeys of discovery as she visited his missions in Arizona and Mexico.  Her interests are varied as shown in her publications on Cuba, Costa Rica, and Arizona Native Americans as well as on the sheep industry in Arizona. Dr. Jaquay continues to pursue the geographical and mysterious wonders across the globe.  She is working on a second book on the sheep industry which will detail more family stories of those who herded sheep and is hoping to finish a children’s book about an adventurous penguin this winter.

Casa Grande Ruins National Monument protects the multi-story Great House and the ruins of other ancient structures built by the people of the Sonoran Desert over 800 years ago.

The Monument is open daily from 9:00 a.m. to 4:00 p.m., May through September, and from 9:00 a.m. to 5:00 p.m., October through April, except for Thanksgiving, Christmas, and Independence Day holidays.  Directions and additional information are available on the Monument’s website, http://www.nps.gov/cagr. You may call (520) 723-3172, or follow us on Facebook by searching for Casa Grande Ruins National Monument.
Source: NPS