3 days at the san bernardino county fair, a fun time was had by all 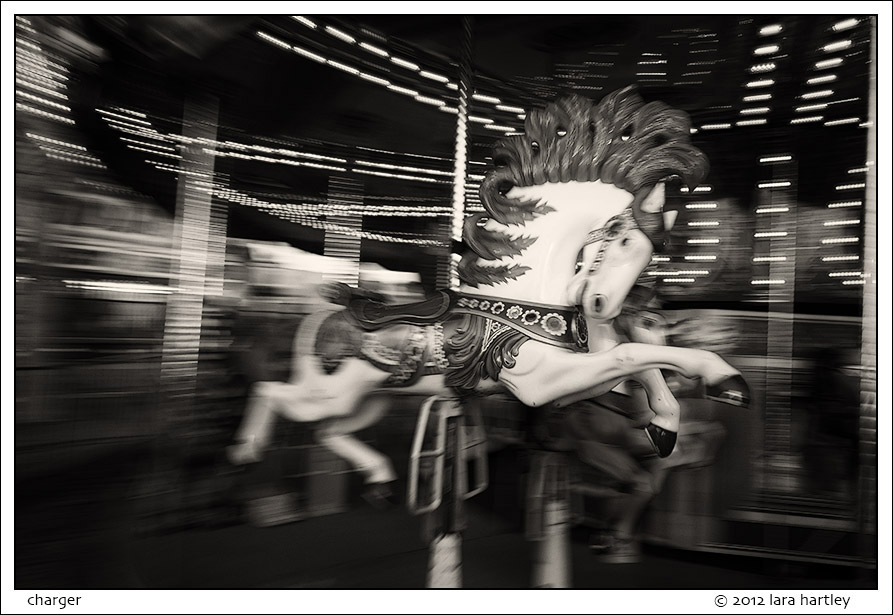 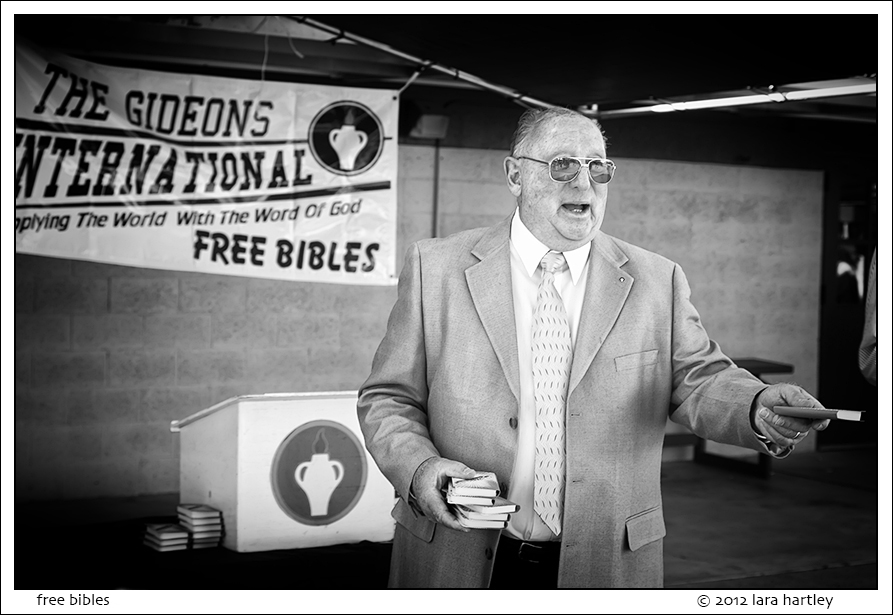 welcoming visitors to the fair are the gideon bible folks handing out orange-covered new testaments.

maybe i stayed too long, but here a few observations from three days at the san bernardino county fair.

fried twinkies are gross. simply gross. not only are they gross tasting they will twist up your gut making you think you better find a bathroom and you will feel sick all night.

powdered sugar and black pants do not mix.

practicing with a new camera while shooting the carousel for almost 15 gigs is fun. frustrating, but fun. it was a good place to practice follow focusing and panning. unfortunately i didn’t really get the shot i wanted. sometimes you have to settle for “almost ok” since the fair was leaving town.

motor drives are wonderful. see above.

if i didn’t have auto focus i would never make it as a photographer as i am blind as a bat and couldn’t focus my way out of a paper bag.

you can spend a lot of time watching a white bengal tiger yawn, lazily bat at a rubber ball, bored in the heat. 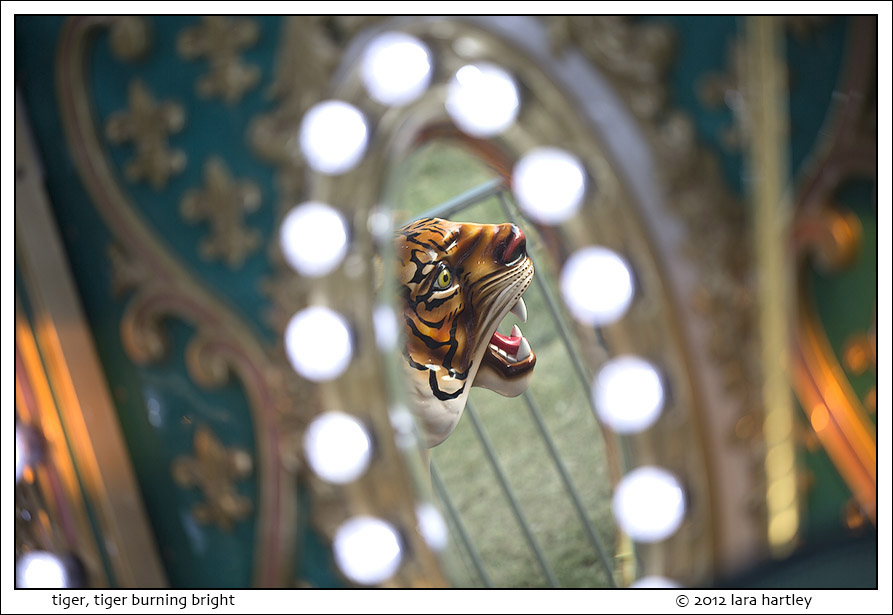 TIGER, tiger, burning bright
In the forests of the night,
What immortal hand or eye
Could frame thy fearful symmetry?

In what distant deeps or skies
Burnt the fire of thine eyes?
On what wings dare he aspire?
What the hand dare seize the fire?

And what shoulder and what art
Could twist the sinews of thy heart?
And when thy heart began to beat,
What dread hand and what dread feet?

What the hammer? What the chain?
In what furnace was thy brain?
What the anvil? What dread grasp
Dare its deadly terrors clasp?

When the stars threw down their spears,
And water’d heaven with their tears,
Did He smile His work to see?
Did He who made the lamb make thee?

Tiger, tiger, burning bright
In the forests of the night,
What immortal hand or eye
Dare frame thy fearful symmetry? 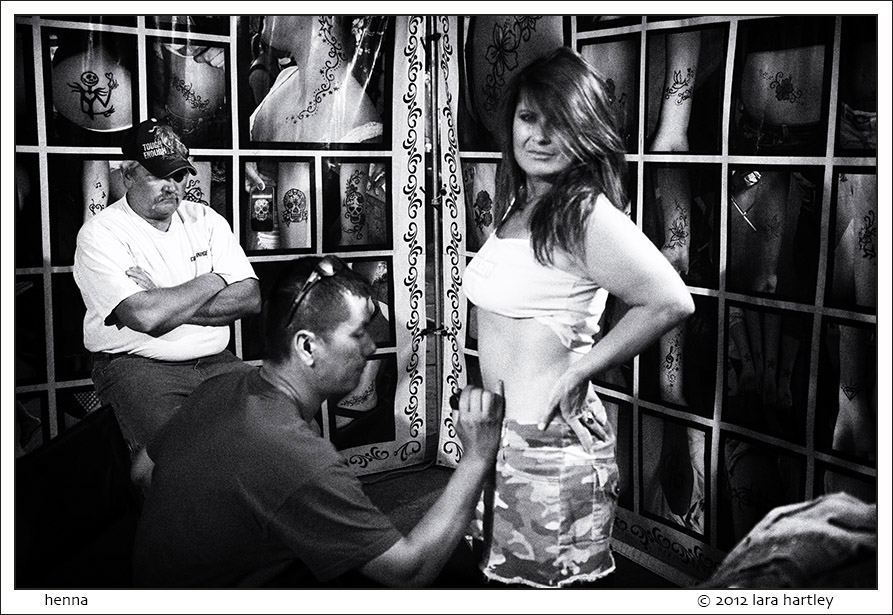 nurse denise is getting a henna tattoo. i told her she was playing into men’s fantasy – a hot nurse with a tattoo. she thought that was true and very funny.

i rather wish she hadn’t seen my photog friend and i photographing her as i would have liked to have her not looking at the camera.

but i only had the 24-105mm lens with me so had to move in close to get a decent shot. she saw us, gave a little look, as if to say “sure you can photograph me.”

the artist said the tattoo will take a little while to dry – i said she would have to walk around like that for a while. she said yes she would. the tattoo will last about a week. i don’t think her nurses uniform will allow much showing off of the henna art work.

i didn’t ask the guy with the folded arms what he thought.

if you have a crappy back, take your pain meds BEFORE you go to the fair. don’t wait until it hurts because you know it is going to hurt, so just nip that puppy in the bud.

old photographers stand around and talk about what body parts hurt from shooting; hands, knees and what we like to call “photographers’ back.” see above.

a sight guaranteed to make a photographer blanche in fear: a young man drunk as a skunk, lurching your way with a full glass of beer in his hand. i had nowhere to hide. so i sort of pulled the cameras in front of me and hunched over. he passed by without incident.

little kids on the carousel are cute, and most seem to enjoy the experience watching the other animals move up and down and they seemed especially fascinated with looking at the ceiling. the carousel with helm and sons is also a ride that used to live at michael jackson’s neverland.

if you are trying to win a stuffed animal at the roll-a-ball game, you will resent the left-handed preteen banging into you who thought it was ok to stand up thus gaining an unfair advantage in the ball-rolling game. with enthusiasm the carnie said “you came in second.”

second does not win me a stuffed animal. 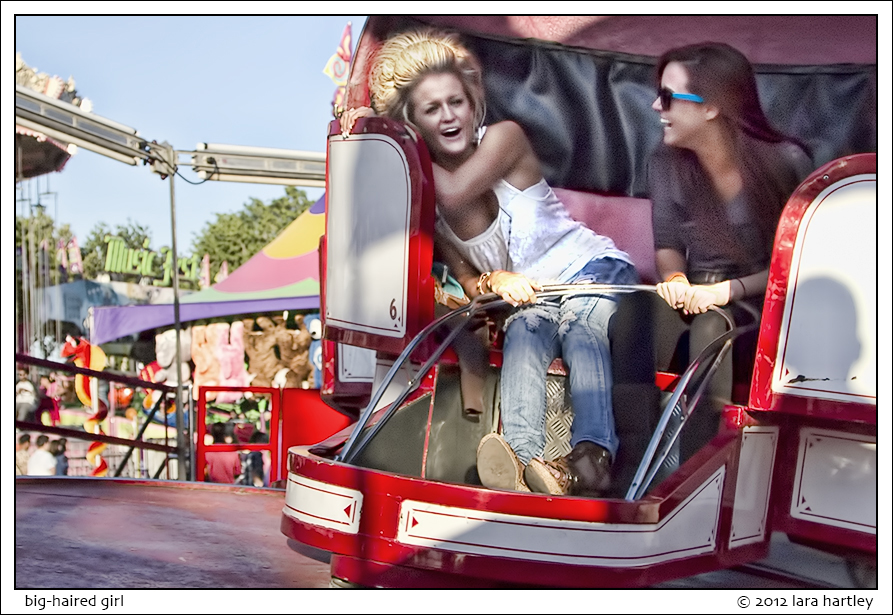 opening day at the san bernardino county fair in victorville. it was cold. simply cold. but i had a blast. something about county fairs just speaks to my soul. i don’t know how this girl was ignoring the cold. she was really pretty, even with the big hair. 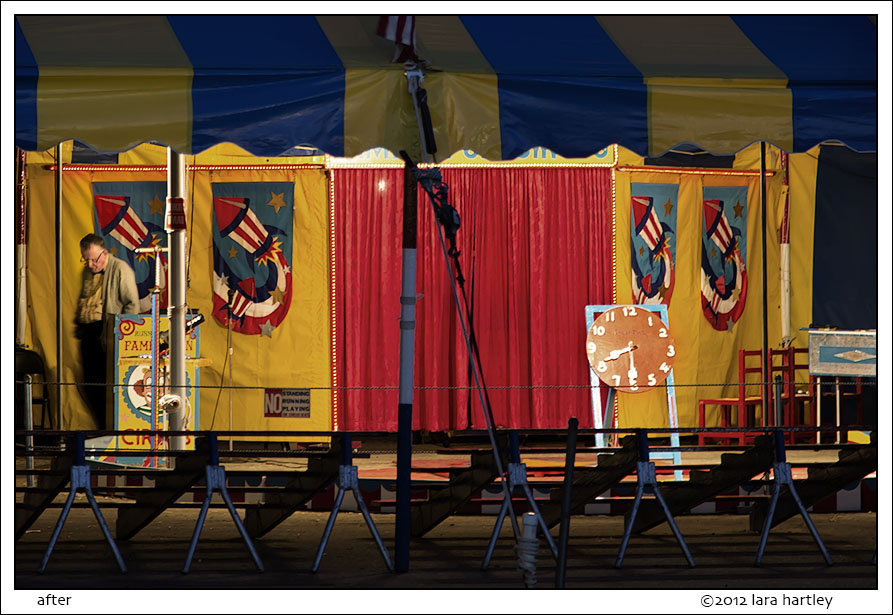 76-year-old edward russell has had a long day at the fair. he and his son stephen michaels are the two-man “russell brothers family fun circus.”

if you order pulled chicken on a potato boat and you end up with pulled pork, you won’t take it back because the lady at the counter was really nice and doesn’t need to know she made a boo-boo.

the kid pulling apart said chicken and pork made me feel bad for him because the meat is HOT while it is being pulled apart. poor kid, he was burning his hands and was obviously in pain.

cotton candy is the nectar of the gods.

i love the fair. 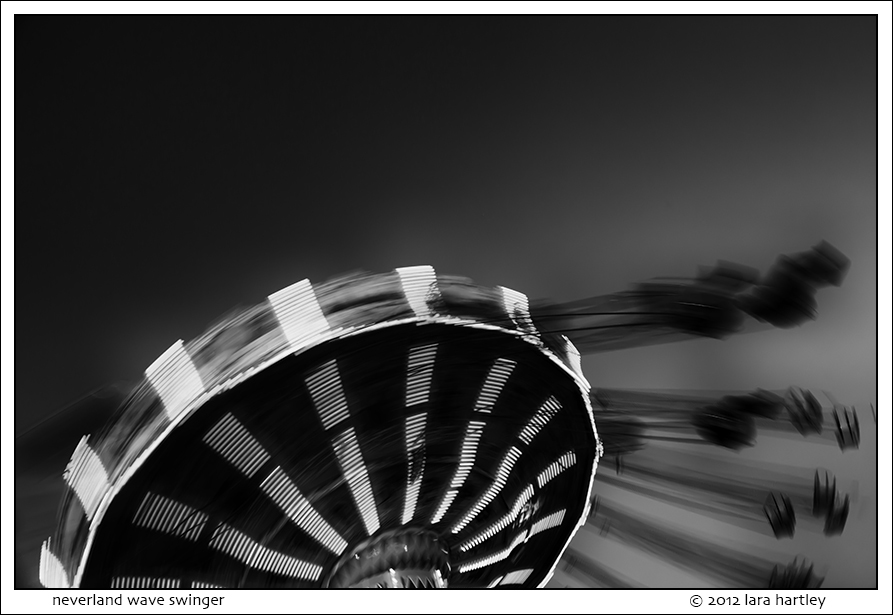 Helm & Sons — an amusment company — owns the Wave Swinger which was custom-made in Germany for Debbie Helm’s father who was a carnival owner. This ride was leased to Michael Jackson and operated at “Neverland” for about eleven years. It was brought back into the Helm family and is now travels from fair to fair. It is a swing ride and oscillates and turns and holds about 48 people.

i rode the giant swings once at a carnival in pendleton, oregon. it was an upsetting experience.