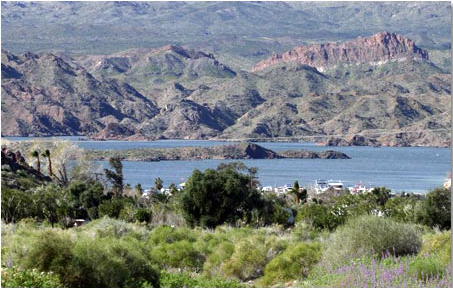 A woman in her 30s was rescued around 8 p.m. in the middle of the lake after treading water without a life jacket for more than 3 hours. She was on a personal watercraft and decided to take her life jacket off to go swimming just before the storm hit. She was rescued, treated and released. Her husband and stepson were rescued earlier in the evening.

The remaining individuals who were rescued were wearing their life jackets.

“Life jackets and first responders saved lives today,” said Christie Vanover, park spokesperson. “Visitors did the right thing when the storm came. They put on their life jackets, they moved to shore and they called for help when they needed it.

“Fortunately, a team of partner agencies from the Nevada Department of Wildlife, Las Vegas Metro, Community Ambulance, park concessioners and the Bureau of Land Management were available to help rescue those in distress,” she said.

One vessel sank and others had to be towed back to the marina.

Earlier in the day, an unrelated search and rescue was conducted on land at Goldstrike Canyon. A teenage girl was rescued after hiking the trail with very little water. She was transported to an area hospital.

Always keep an eye on the weather. It can change in an instant. If a storm approaches while on the water,

Have everyone put on a life jacket.
Write down your GPS coordinates.
Head safely toward land.
Call 911 if you need a rescue or lives are in danger.