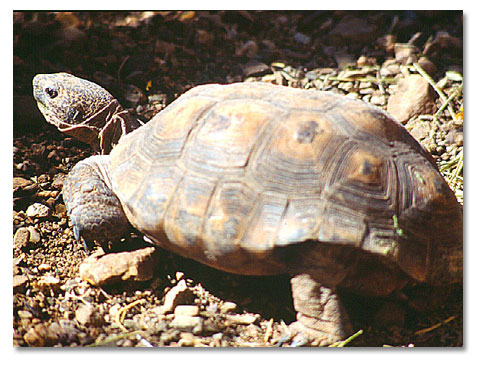 Winter is a time of magic in the animal world. Species as diverse as bears and beetles disappear from the landscape, with hibernation on their minds. Most do not travel far. They venture into caves and dens, descend from mountains, burrow deep underground, or simply dig under rocks or logs. During this self-imposed exodus, they may rely on extra fat or cached food. Some curl up alone. Others group together for warmth. The winter adaptations – practiced by reptiles, invertebrates, amphibians, mammals and birds – can be likened to Ponce de Leon’s Fountain of Youth. Hibernation helps animals cheat winter’s potential death grip and prolong their lives.

Although it is often viewed as a phenomenon of colder climates, hibernation also occurs in the desert. A classic hibernator is the desert tortoise, which heads underground into burrows with the onset of cold. In a suspended state, it drastically reduces its metabolic rate, digestion, urination and defecation. Although some move only slightly during winter, others may take advantage of warm days and head out to bask. Hibernation can last from October to March.

Hibernation is commonly regarded as passing the winter in a state of lethargy, a defense against cold and food shortages, but it is not quite that simple. (The summer time equivalent is known as “aestivation.”) During hibernation, animals dramatically reduce their metabolic and heart rates and lower their body temperatures. Hibernating bats, for example, the desert-dwelling western pipistrelles, big browns and pallids, may drop their heart rates from a high of over 600 beats per minute during mid-flight to a low of under 20 beats per minute during hibernation. 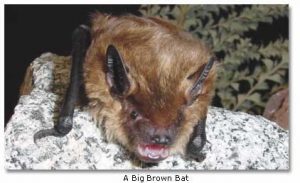 Hibernation is not a continuous state. All hibernators periodically arouse themselves for hours to days, a behavior which is not understood since it uses up precious energy stores. Little brown bats (Myotis lucifugus), for example, may hibernate uninterrupted for as long as 83 days or they may arouse every 12 to 19 days. Some animals store food in their hibernacula (their winter retreats) and eat during arousal episodes. Others rely on fat deposits for energy and arouse without eating. Animals may re-warm themselves to restore chemical imbalances that might occur during a low metabolic state.

This does not mean that hibernators like to be aroused unnaturally. If that happens, for instance, to bats hibernating in a cave, it can have drastic consequences. One study of little browns found that each time they are aroused, they use up fat reserves that could last over 65 days. Too much disturbance could lead to starvation since the animal uses up its fat reserves and cannot find replacement food in winter.

Animals whose body temperature drops to about 41° Fahrenheit (5° Centigrade) and who go into an inactive state that lasts for days, weeks or months are the deep, or classic, hibernators. One example is the marmot, which spends six to seven months (longer than any other animal) hibernating in a subterranean retreat with many fellow marmots huddled together for warmth. Another example is the common poorwill, the only deep-hibernating bird. Known as “Hölchoko” (the “Sleeping One”) by the Hopi, poorwills enter into a state of lethargy so deep that researchers can shine lights into their eyes, handle the birds and weigh them without arousing them. Poorwills live in desert canyons, foothills and grasslands.

Animals which do not reduce body temperature dramatically go into a state called “torpor” Periods of inactivity range from a few hours to a few days, but may stretch out to several months. Black bears, one of the better known examples of animals which hibernate in a torpor, do not go into true hibernation because of their large size and excellent insulation. Torpid bears can amble away if disturbed.

Short-term torpor is the most common. Many small desert mammals, such as kangaroo rats, ground squirrels, rock squirrels, prairie dogs and chipmunks respond to food scarcity in winter by slowing down their internal processes for hours to days. This generally occurs after foraging and is more severe than sleep. Numerous desert reptiles and birds, including rattlesnakes, chuckwallas, desert tortoises, Gila monsters and nightjars and hummingbirds also experience torpid states. Like hibernation, torpor dramatically reduces energy output, making it easier for animals to survive winter.

In contrast to partial metabolic shutdowns, some amphibians and insects go into a completely dormant state. They appear lifeless, with no body functions. They can be divided into two groups: those which can tolerate freezing of up to 65 percent of their body water and those which produce compounds that allow them to stay liquid far below 0° Fahrenheit (-18° Centigrade).

Wood frogs exemplify the first group of freeze-tolerant animals. As the temperature drops, these frogs produce an antifreeze, which allows them to control where and when ice forms. With this control, frogs can ensure that ice does not form within their cells, which would kill them, and they can prepare their metabolism to be turned off. When frozen, a wood frog neither breathes nor bleeds, and has a barely recordable heart beat. Once temperatures climb, all functions return. The frogsicle becomes a happy hopper. Gall moth caterpillars typify the second group. They avoid freezing at all costs. Despite what most of us think, water can remain liquid down to -40° Fahrenheit (-40° Centigrade) provided it is free of impurities, so these caterpillars purify what little water they contain by emptying their guts of foreign food particles and bacteria. In addition, they produce an antifreeze, much like that used in cars but different than that used by freeze-tolerant animals, to lower the temperature at which ice forms. Combining these two methods allows gall moth caterpillars to survive winter temperatures as low as -36° Fahrenheit (-38° Centigrade).

As with many aspects of biology, animals have evolved hibernation strategies which might have applications for humans. Frog and insect antifreezes might be useful in organ transplants, aiding diabetics or sending hibernating people into outer space. Who knows, perhaps someday humans will be able to freeze themselves and create their own icy Fountain of Youth.

(Note: A modified version of this article appeared in SCIENTIFIC AMERICAN Explorations.)