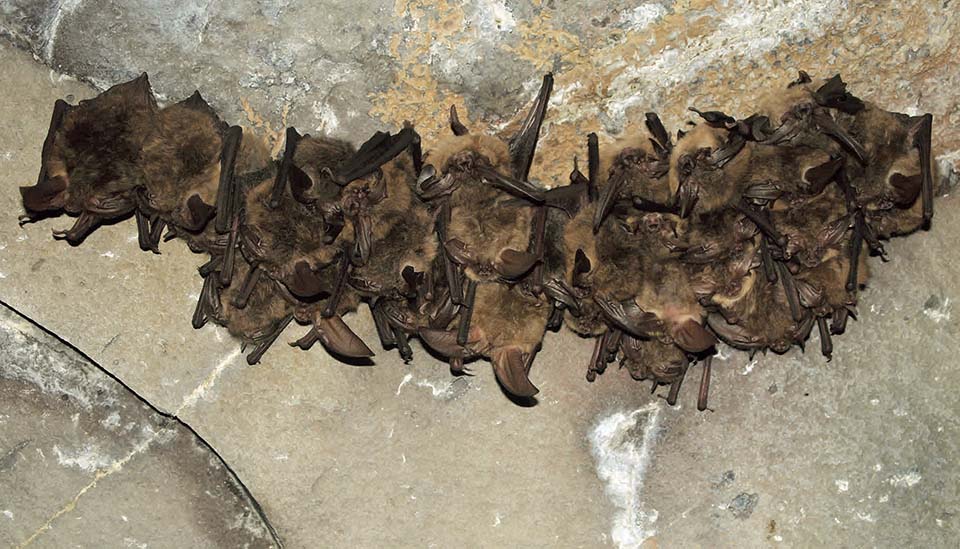 Grand Canyon, AZ- The fungus Pseudogymnoascus destructans (Pd) has potentially been detected on a fringed myotis (Myotis thysanodes) at Grand Canyon National Park. The bat was captured and sampled for the fungus in April 2019 during routine surveillance by park biologists.

Pd is a fungus that causes white-nose syndrome (WNS), which is a deadly disease for bats and can spread rapidly. The bat did not show any signs of WNS, and the disease has not been detected in bats at Grand Canyon.

Laboratory results from Northern Arizona University suggested the fungus may have been present in a single swab sample collected from the bat. The amount of Pd detected in the sample was very low and is considered an ‘inconclusive’ result based on standard case definitions for this disease. This means that the fungus was not definitively detected, but there is a chance that it has arrived in Grand Canyon.

Additional sampling of bats and bat guano in the park in June did not detect evidence of Pd, nor has the fungus been detected in samples collected over past years from bats in the park. In light of this inconclusive result, the park will increase surveillance for Pd and WNS this winter and spring.

“With the recent spread of Pd across Texas and into the west, it is important to increase efforts to better understand the movement of Pd into the southwest,” said Grand Canyon Wildlife Biologist Brandon Holton. “Collecting samples in winter and spring increases the likelihood of detecting Pd and WNS, as bats are infected during hibernation over winter and shed the fungus shortly after emergence in the spring.”

In other regions of North America where Pd has been found, surveillance work has shown that Pd is likely to increase at a location in subsequent years following the initial detection.

“Detections of Pd in other regions of the U.S. have preceded development of WNS in bats by a few years,” said Holton. “However in more arid southwestern environments this pattern may not necessarily emerge, as many bat species in the southwest tend to hibernate singularly or in low densities, which may reduce disease transmission among bat populations.”

Grand Canyon is home to 22 bat species, of those 12 are hibernating species, which makes them potentially susceptible to WNS. Bats become infected during hibernation through physical contact from other bats or a roost surface, which enables the disease to spread quickly through a colony. Bats infected with WNS are active more frequently, which uses up fat reserves and leads to starvation and often death before spring.

Over the past four years, Grand Canyon and Arizona Game and Fish Department biologists have monitored bats across Grand Canyon’s unique elevation gradient using acoustic detectors to determine species composition and seasonal activity patterns. This information will be valuable for understanding potential impacts of WNS if the disease arrives to the park. Biologists also capture bats at these locations to conduct Pd/WNS surveillance and assess the overall health of the bat population.

“Many hibernating bat species in the West have not yet been exposed to the fungus, to our knowledge,” said Jeremy Coleman, National White-nose Syndrome Coordinator for the U.S. Fish and Wildlife Service, which leads the national response to WNS. “The work of biologists, like those at Grand Canyon, to detect when Pd arrives and how disease may or may not manifest in local species and habitats is critical to our understanding of the threat it will pose to bats in these regions.”

The National Park Service actively protects bats and their hibernacula, implementing actions to reduce the risk of spreading the fungus that causes WNS into uninfected parks. These actions include providing extensive education materials; screening visitors and gear; disinfection; and, when necessary, closure of caves used by bats.

One cave in Grand Canyon National Park is open to the public, the Cave of the Domes. The best way visitors can help protect bats is by staying out of closed caves. Park visitors should avoid contact with bats and notify park rangers of any dead or sick bats they see.