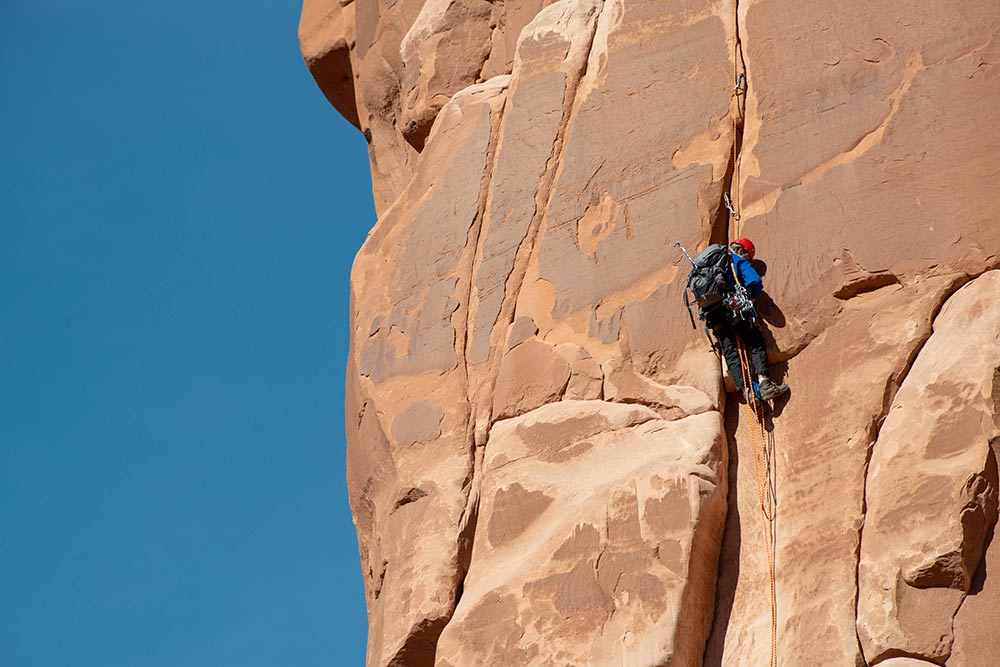 April, 19, 2021 – MOAB, UT— In order to protect critical wildlife habitat for raptors and desert bighorn sheep, a number of climbing routes in Canyonlands and Arches national parks will close for up to six months each year. This temporary closure affects the following routes:

During the closure period, park biologists will survey these areas and may reopen routes prior to the scheduled date. Climbers are advised to monitor route status on park websites or by contacting the backcountry office at e-mail us or 435-259-4351. Climbers should be aware of and abide by the following regulations and leave no trace practices while climbing in either park:

In addition, at Canyonlands National Park:

In addition, at Arches National Park:

The National Park Service thanks the climbing community for their efforts to help protect these areas.