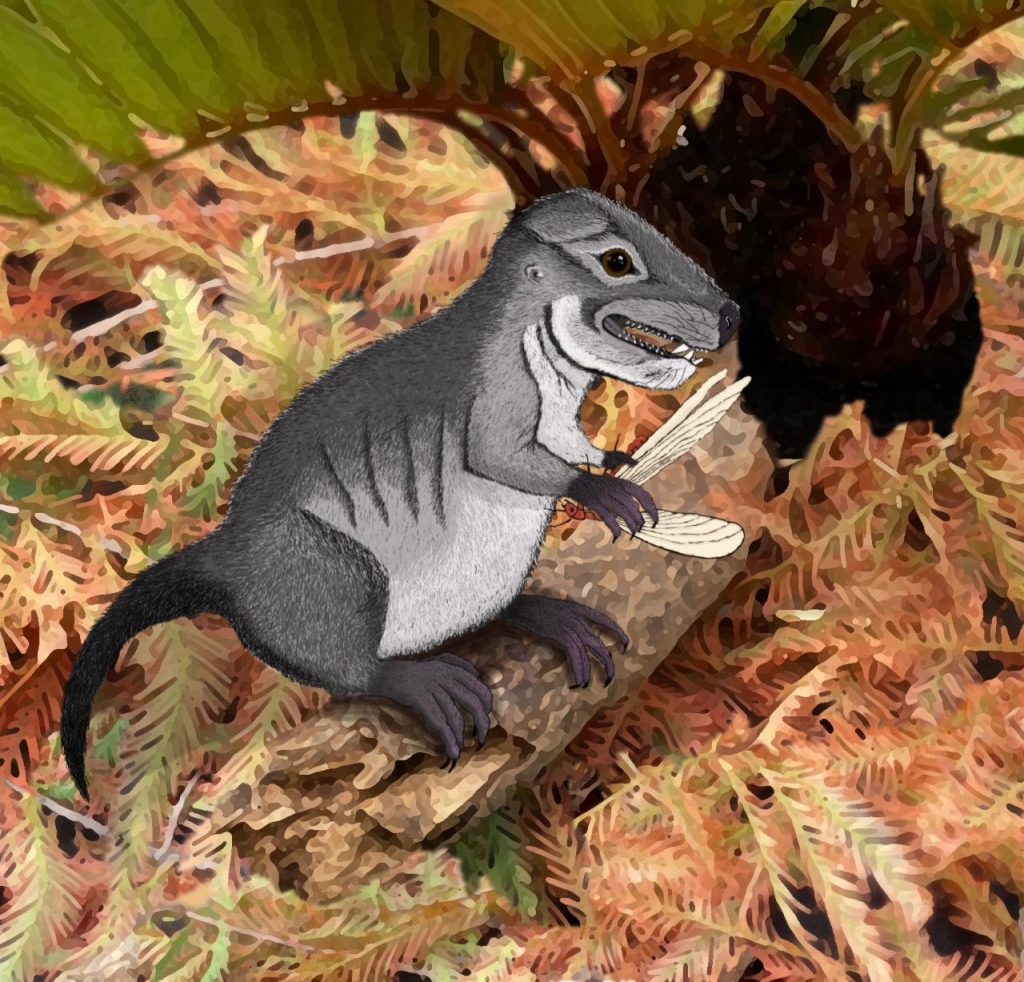 Petrified Forest, AZ – In a research article published today in the journal Biology Letters, a collaborative group of paleontologists from Virginia Tech, the Smithsonian National Museum of Natural History, University of Washington, and Petrified Forest National Park describe a new cynodont (early mammal relative) species named Kataigidodon venetus. The study, led by Ben Kligman (seasonal Petrified Forest National Park paleontologist and Virginia Tech PhD candidate), describes fossilized lower jaws of Kataigidodon, discovered during the summer of 2019 in the Upper Triassic Chinle Formation (~220 million years old) at Petrified Forest National Park. The name is derived from Greek “kataigidos”, (meaning “thunderstorm”), “odon” (meaning “tooth”), and Latin “venetus” (meaning “blue”), referring to the discovery locality “Thunderstorm Ridge”, and the blue color of the rocks at this site. Kataigidodon would have been about the size of a hamster, and had incisor, canine, and complex postcanine teeth like in living mammals.

The group Cynodontia includes close cousins of mammals like Kataigidodon as well as true mammals, and are extremely rare in Triassic rocks of western North America but are common on the East Coast, southern Africa, and South America, and this discovery sheds light on the geography and environment during the early evolution of mammals. 220 million years ago, Arizona was located close to the equator and near the center of the supercontinent Pangaea, and Kataigidodon would have been living in a lush tropical forest ecosystem. This adds to evidence that humid climates played an important role in the early evolution of mammals and their closest relatives.