In the Mojave Desert, on the south side of Joshua Tree, just a half-mile or so from the main road that leads to the Joshua Tree National Park, tucked away in a canyon, almost hidden from the one million plus visitors that drive by every year sits a very interesting, inconspicuous place. It is the Joshua Tree Southern Railroad Museum and Narrow Gauge Railroad.  Miles away from any existing or historical railroad sits a railroad museum in Joshua Tree – which makes it quite unusual.  Over the years I’ve seen some of these trains sitting against the mountain and often wondered how they got there. When I got the chance to go on a field trip with the Morongo Basin Historical Society, I jumped on it.  It was a beautiful Saturday warm winter’s morning in February, in the mid 60’s and we all met up at the Rail Road Depot.  Inside was a vast assortment of railroad memorabilia. This museum has a different kind of charm than most, it is run and maintained by many volunteers without any large financial backing.  Everything you see looks old, feels old and smells old. In other words, it is not a fancy schmancy museum where every piece is restored to its original condition, it has original pieces in their elderly condition.  The museum and railroad are maintained by the few volunteers that give their time and love to keep this place running. 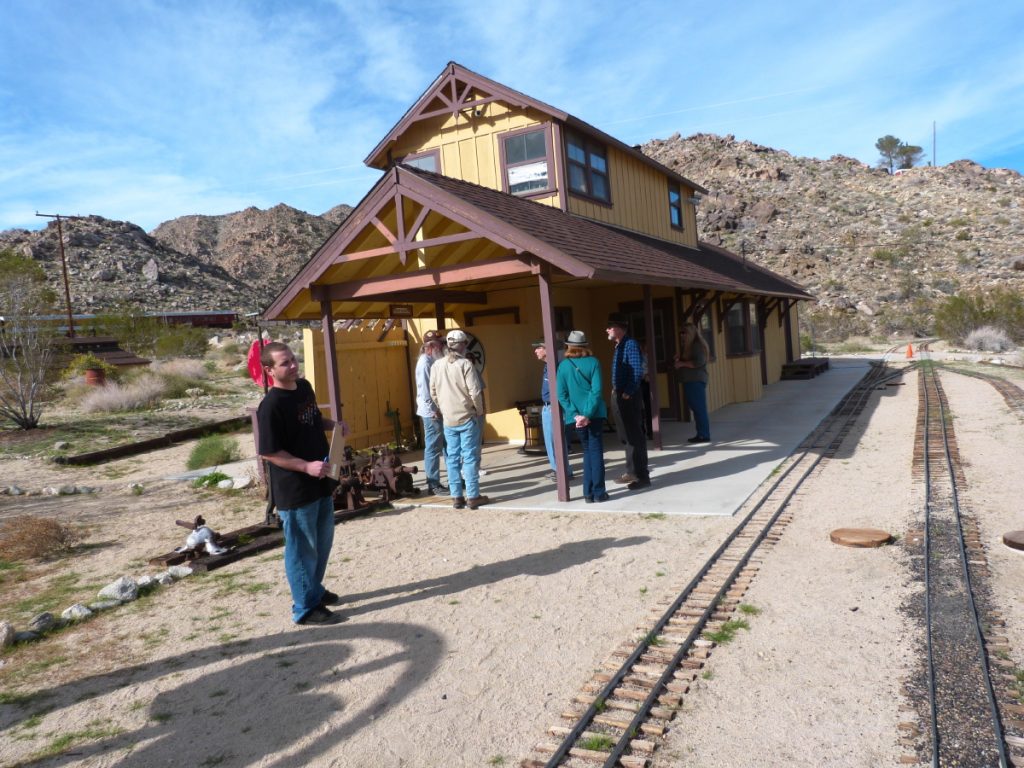 We were told that this all started in 1969 on 330 acres in Joshua Tree that was supposed to be developed into homes. The homes fell through due to complications so the land was used for the railroad instead.  It was first started by only a few people but today they have over 110 members.  People with 15″ gauge and 7/1/2″ gauge come from all over the world, bringing their own trains to ride the 1.7 miles of tracks in the Mojave Desert.  Similar to off-road vehicle enthusiasts bringing their off-road vehicles out to the desert to ride, these enthusiasts need rails to ride.  Train hobbyists bring their trains to this site to take them out for a spin in the beautiful Mojave Desert.  My first realization that this was a hobby when I was younger, was seeing pictures of Walt Disney riding his train at his Holmby Hills home near Los Angeles before he built Disneyland. 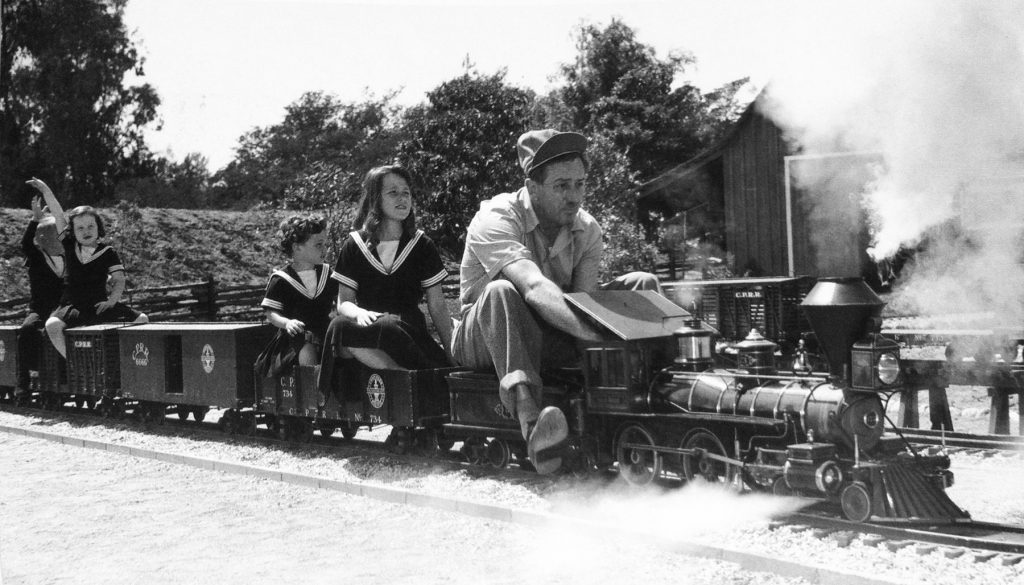 Walt Disney Entertaining Guests In His Back Yard

There are even more people today that take part in this hobby than in the days of Walt Disney.  There were no narrow gauge trains running the day we were there but that fact made me want to come back.  Before we started the tour, we were told the story about how this place has become what it is.  To get the full sized railroad cars up on the hill they had to be hauled by road.  I was told that it took three semi cabs hooked together to get some of them up there.  We were told that they used a big crane to get the wheels on the track. 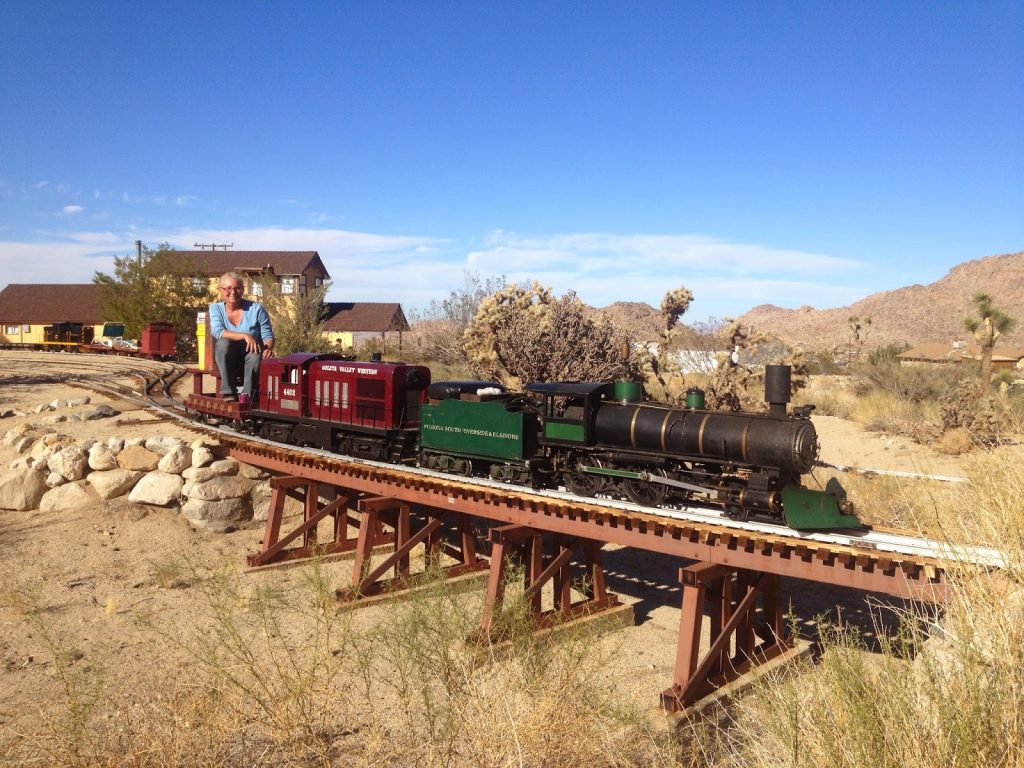 After we left the museum we had a tour of the property.  With only 20 acres being used and 330 available I realized that this project might span many lifetimes.  Among all of the tracks of 15″ gauge and 7 1/2″ gauge rail was also a G-Scale model railway.  Many people build these at their homes; some have them inside and others outside, thus the nickname “garden railway”.  We saw the full sized railroad cars and got to see the insides of a few.  We also saw the campsites for those bringing their trains up to the Railroad Museum, they can camp for the weekend, run and ride on their trains. This is the Glamis of train enthusiasts. 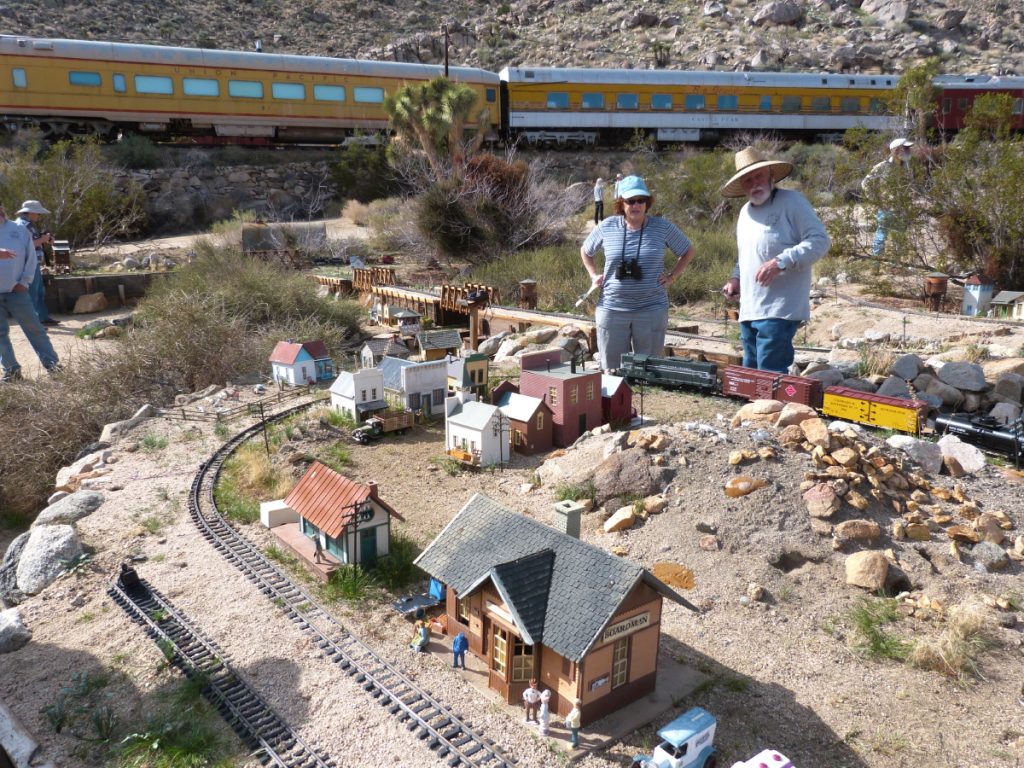 The rest of the tour pretty much speaks for itself in the pictures, please enjoy them and read the captions.  I have also included a picture from their website of a herd of Bighorn Sheep spotted on the ridge above the compound recently.

They are not open on any regular schedule. If you want to know about their scheduled events, or if you want a tour, or to book a wedding you must call first. Contact Terry Watson at (760) 366-8879 or check out their: 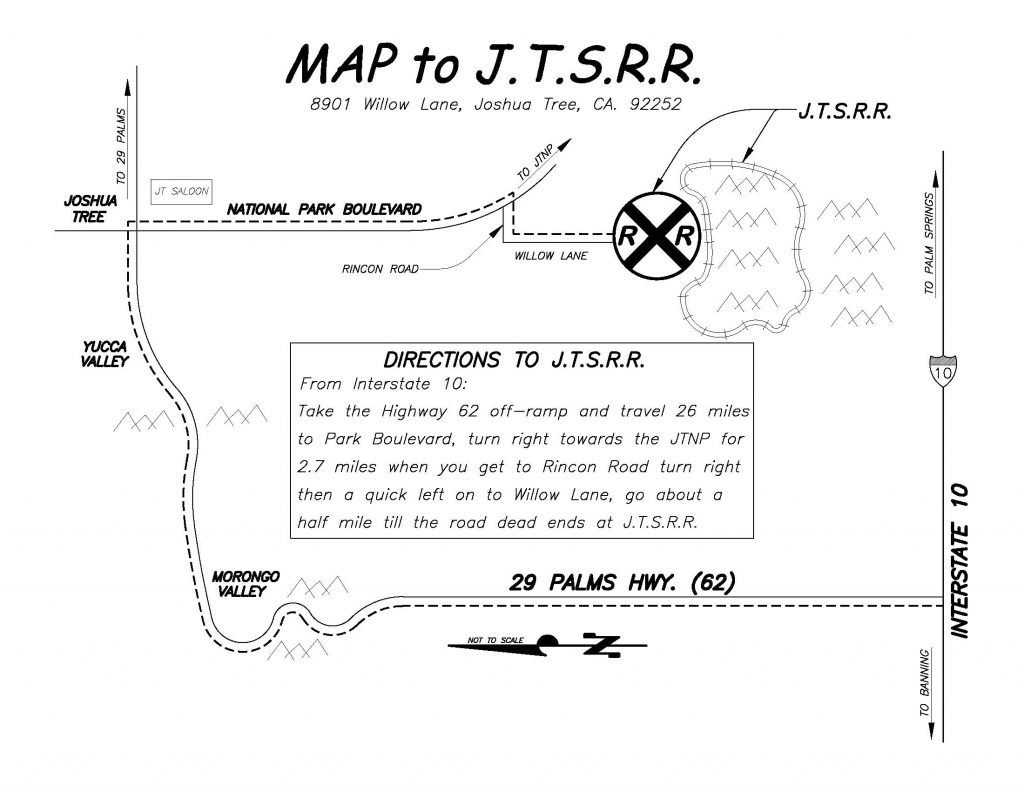 Tracks On The Hill

Tracks Going Round The Mountain