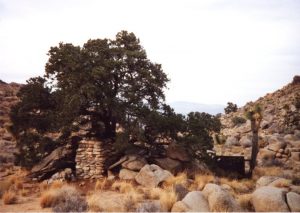 I remember the first time I saw it, back in the 1970’s I was driving north up California Highway 395 between the towns of Lone Pine and Independence.  On the west side of the road were the relics of something that seemed important in the past. Driving past these ruins to go to some other destination, we never stopped to explore.  Many times when I travel today and I see something interesting I will email myself so I can research the spot when I get home but in the days before the internet you could not do this.  As I passed this spot several times I often wondered what this place was and kicked myself for not stopping to explore. I had visions of it being a part of the old west, a mining camp, a ranch or a movie set.  My imagination bubble burst and I was horrified years later when I found out that it was a Japanese Internment Camp from WWII.  I finally visited this place many years later, after the National Park system had taken it over and I was truly shocked to walk the site, I never knew or had seen so closely this sad part of American History.

This place was called Manzanar and today it is called Manzanar National Historic Site.  It is run and is currently being restored by the National Park Service.  This blog post is not about Manzanar but it is about a place related to it that was much quieter, so quiet and so hidden you might call it a hideout.  It would not have existed if it were not for the tragedy of Manzanar and other Internment camps.

Around the same time that I had driven by Manzanar, I had heard about a Japanese Internment Camp in the San Bernardino Mountains in the transition zone of the Mojave Desert and the mountains, somewhere between Yucca Valley and Big Bear. This had become a local legend and I was originally told that it was similar to Manzanar but at a much smaller scale.  As I got older I had doubts of the validity of this story but still wondered what this smaller site was.  Sometimes legends that are false have strings of truth within them and I finally discovered accurate information about this sad place and I will now explain.

What I discovered was that it was NOT an Internment Camp at all, it was an escape from being interned. When Japanese Americans were being rounded up to be interned during World War II a small group of Japanese founded and constructed this hideout in the mountains in Southern California. Not much has been written on this and not much is known. I believe that this place has mostly been under reported out of respect for the site and fear that as more people discover it, its demise would be expedited.  Many explorers, off-roaders and visitors would look and speak very little of its location but today it seems there is a new interest in this place and new books and internet sites reference its location. I will not reveal its exact location but I will say that this is a piece of history that should be preserved before it is too late. Given the latest publicity, with the reach of DesertUSA we might find people that know the history, readers might have friends or relatives that know information and they might know people who were here and any stories about it.

I was provided the accompanying pictures by a local gentleman that is passionate about this place and wants to preserve it.  His name is Mr. Phillip Brown, his detailed pictures that I re-posted along with this blog might serve as an introduction to the subject.  If you want to dig deeper please visit his site and read his account and learn more details.  I only touched the surface of this story, I hope it serves as a reminder of how things were and I hope it helps to raise awareness and moves visitors to preserve the site and possibly help to reveal any new information.

To learn more you can visit his website at:   https://www.dixiemine.com

As far as the title of this blog, I used the word Kakurega.  I do not speak Japanese but my research indicates the meaning to be “Hideout”, this word sounds much more idyllic than the real life horror that these folks experienced at that time.