By Erin Peters
(aka The Beer Goddess)

The land of martinis and honey is undergoing a momentous shift toward hop bomb IPAs, bright sours, savory stouts and bourbon-barreled beers. These intoxicating craft creations can be found in a variety of Coachella Valley’s most popular hot spots.

The popular Ace Hotel keeps up to date with the latest trends in music, art, food and drink. This boutique hotel serves a superior selection of craft beer in their “Amigo Room”. A hippy party vibe, a superior variety of craft beers, and the choice of hanging out in a dim, cavernous space or brightening up by the pool, make this lounge a great place to savor flavors and friends. 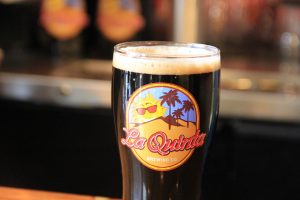 Heading east, you’ll find the much beloved La Quinta Brewing Co’s taproom, a favorite of Coachella Valley locals. The establishment’s Heat Wave Amber and Tan Line Brown Ale have returned to the list; they received gold medals in the 2015 World Beer Championships in their category. The brewing company’s Napoleon Barrel Aged beer is due to be released in early November to celebrate the second anniversary of their opening. And the brewery is moving! The opening of the new Old Town Taproom in La Quinta, CA is tentatively slated for fall of 2015.

In Rancho Mirage, Babe’s Bar-B-Que & Brewhouse has been serving up delicious BBQ and craft beer since 2002. Try their award winning Belgian Vanilla Blonde Ale, brewed with raisins and whole Madagascar bourbon vanilla beans. They also have fresh, seasonal brews and a good selection of other Southern California beers available in their restaurant bar.

Up Palm Canyon Drive in Palm Springs lies a restaurant offering a farm-to-concrete-table dining experience that’s industrial chic and progressive. While the menu at Workshop Kitchen + Bar is heavy with cocktails and duck fat, the spot also offers a winning selection of beers in their downtown-L.A.-esque bar.

As stated on Workshop’s liquid menu, this is a carefully chosen, opinionated mix of products. The beer bottles are sectioned by “crisp,” “yeasty,” “malty,” “strong or dark’ish” and “hoppy.” The tap list rotates, but offers a nice selection of lighter brews.

The spirit of Sinatra is alive at the Purple Room and Stage. Unlike hangouts of the 60s though, you’ll find a swell selection of craft beers at this swanky supper club. It combines the best of both worlds, creating an uber experience of music, food and artisanal bar offerings.

On Indian Canyon Dr., check out the progressive Vietnamese American Beer Bar, Rooster and the Pig. You’ll find French and Asian influenced fare and a menu that changes weekly. Try one of their signature dishes, the banh mi burger, with one of their California craft beers on draft. Chef/owner Tai Spendley also has an inviting variety of Vietnamese bottled beers on hand.

What happens when you combine traditional Tokyo cuisine with local American and Japanese craft beers? You get an upscale, yet casual Japanese dining experience accompanied by deliciously authentic Japanese dishes. Gyoro Gyoro is located in the middle of downtown Palm Springs. The restaurant opened in 2014 and not only serves fantastic fish, but also offers rare microbrewery beers from around the world—yes, even Japanese craft beer—as well as a fine selection of sake.

Not far from the dynamic and authentic sushi restaurant is Matchbox. This upstairs eatery and patio not only offers artisanal brick-oven pies on a flame-lit balcony overlooking La Plaza, it also has a nice selection of craft beer, with a dozen or so on tap and about 20 different beers in bottles. Expect popular beers from breweries like Allagash, Green Flash, Stone, BearRepublic, Alaskan, LostCoast and Rogue. Matchbox regularly has at least one local beer on tap as well. 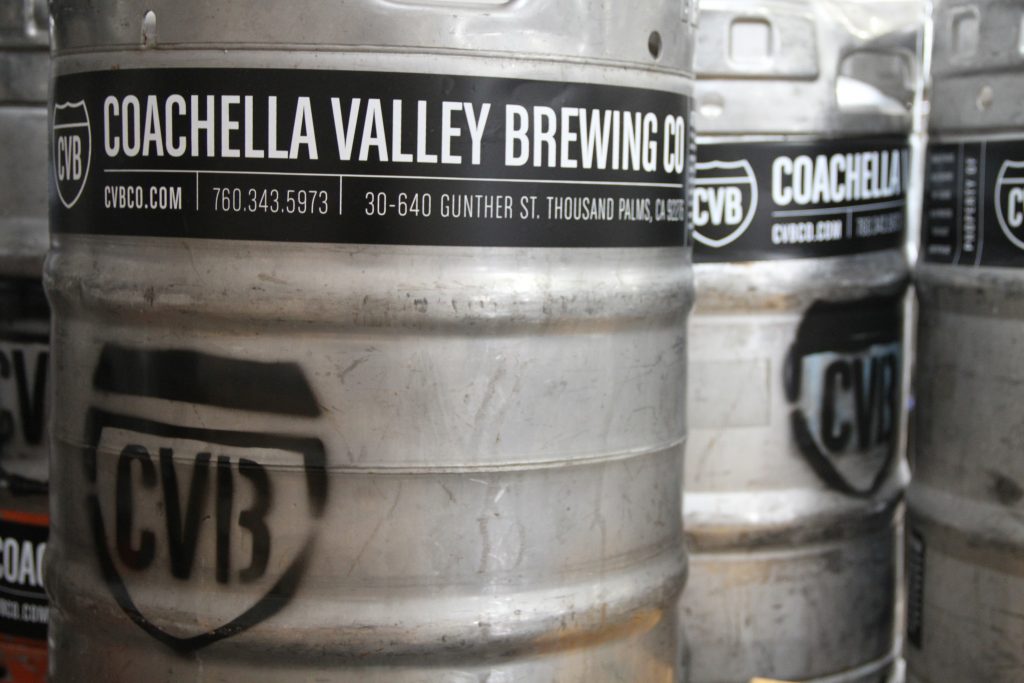 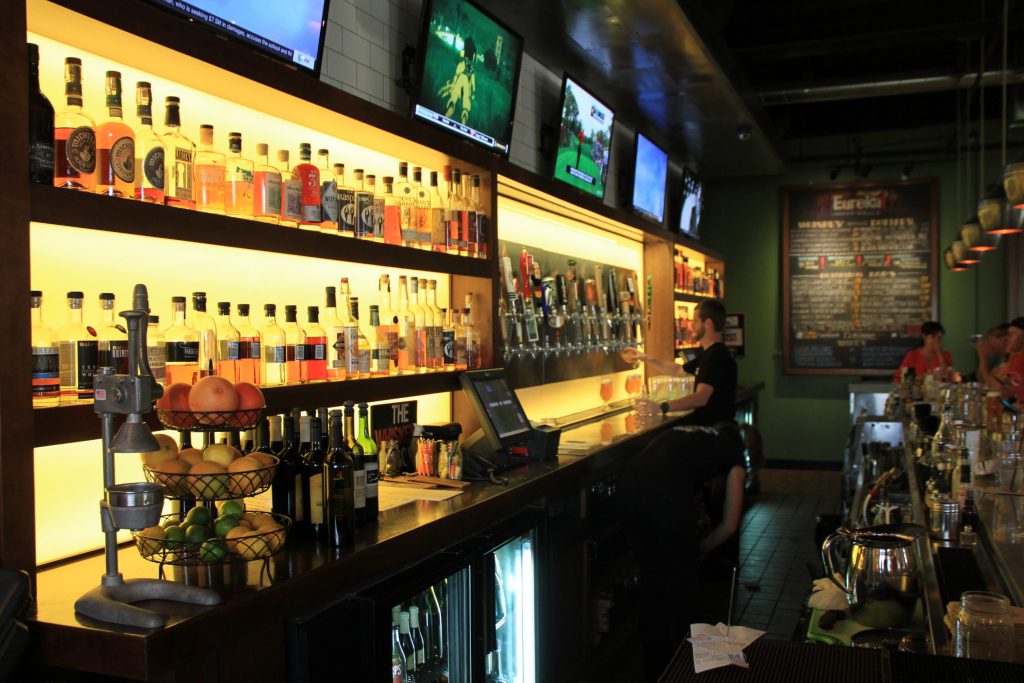 Football season is in full swing and Stuft Pizza in Palm Desert has become a hot spot for watching the game, and sipping on your favorite suds. This ‘not just pizza’ joint has 15 taps, two of which rotate with the latest craft seasonals. Currently on the rotating taps are North Coast Brewing’s Old No. 38 Stout and Babe’s Blackfin Lager. On the house taps, you’ll find beers like Firestone’s 805, Firestone DBA, Kilkenny on Nitro, Allagash White and Coachella Valley Brewing’s Monumentous.

Are you thirsty yet? Keep this list in hand, and check out the Valley’s offerings ­ – there are enough pungent flavors and atmospheric hangouts here to satisfy even the most particular beer gourmand.

About the Beer Goddess

The Beer Goddess is dedicated to the appreciation of craft beer. Check out beer reviews, festival information, home brewer resources, brewpub reviews and most importantly, information surrounding the culture of beer. For more information visit www.thebeergoddess.com.