McCain Valley and the Carrizo Corridor

Approximately 70 miles east of San Diego County, along Interstate 8 is the McCain Valley Resource Conservation Area.  The area is open to a variety of uses.  The Lark Canyon ORV Area and Campgrounds are located in McCain Valley.

The DesertUSA Staff recently visited McCain Valley to report on the wildflower displays and to update photos of the area. The Beavertail cactus were in full bloom.  Apricot Globe Mallow and Brittlebush were also blooming in the area during this trip. 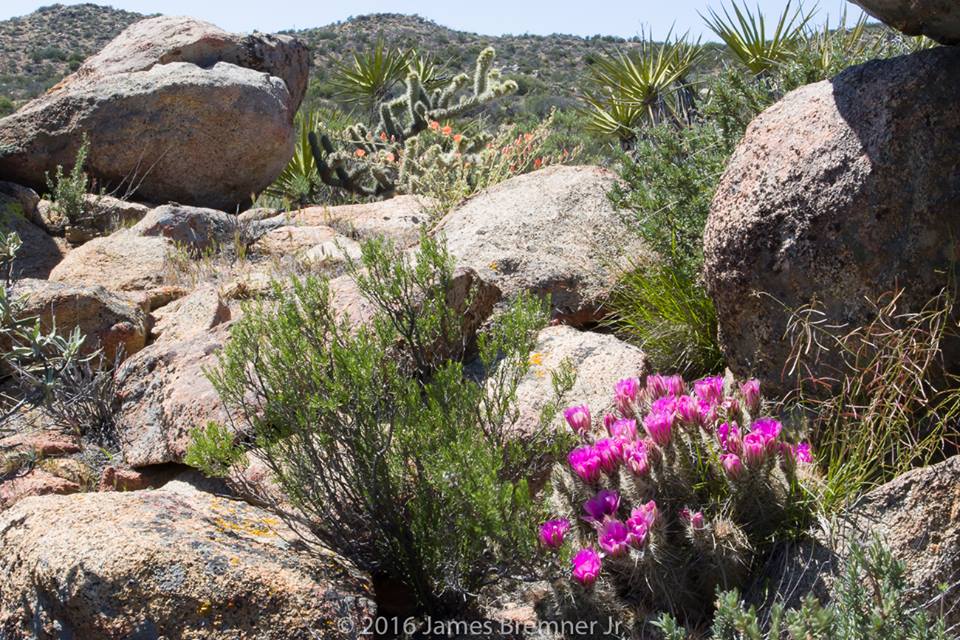 Apricot Globe Mallow in bloom in the distance with Beavertail Cactus blooms in the foreground.

The Sacatone Overlook offers a view the Carrizo Gorge, where a section of the San Diego to Arizona Railroad (aka the Impossible Railroad) is visible.  If you have some binoculars you will see some old railroad cars that have fallen below the track. Varying stories report that the railroad cars contained a load of beer, which was lost in the gorge when the cars derailed.  Near the Sacatone Overlook is an abandoned called “The School Mine.” 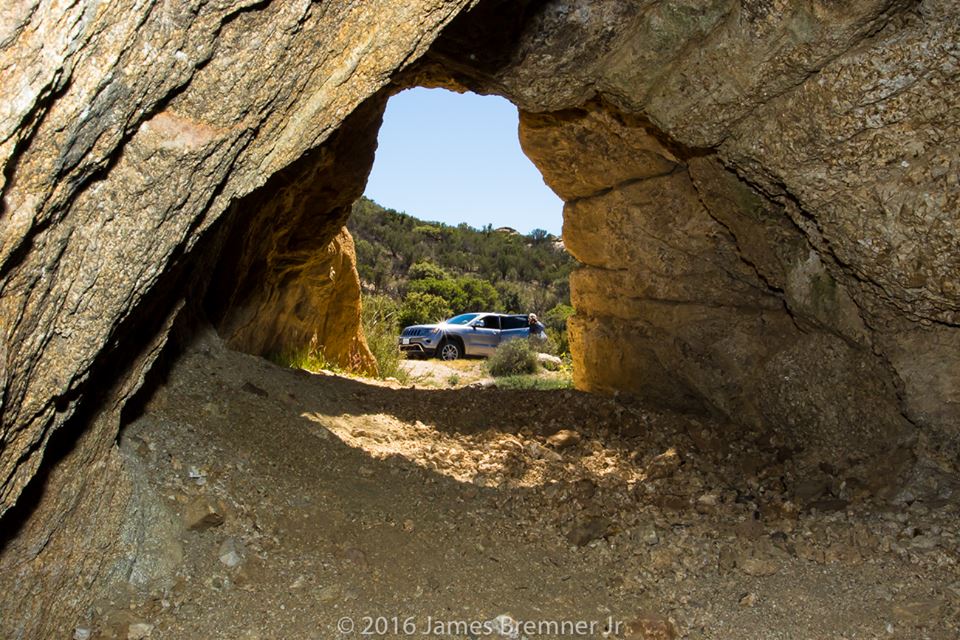 A few from inside The Old School Mine entrance looking out. 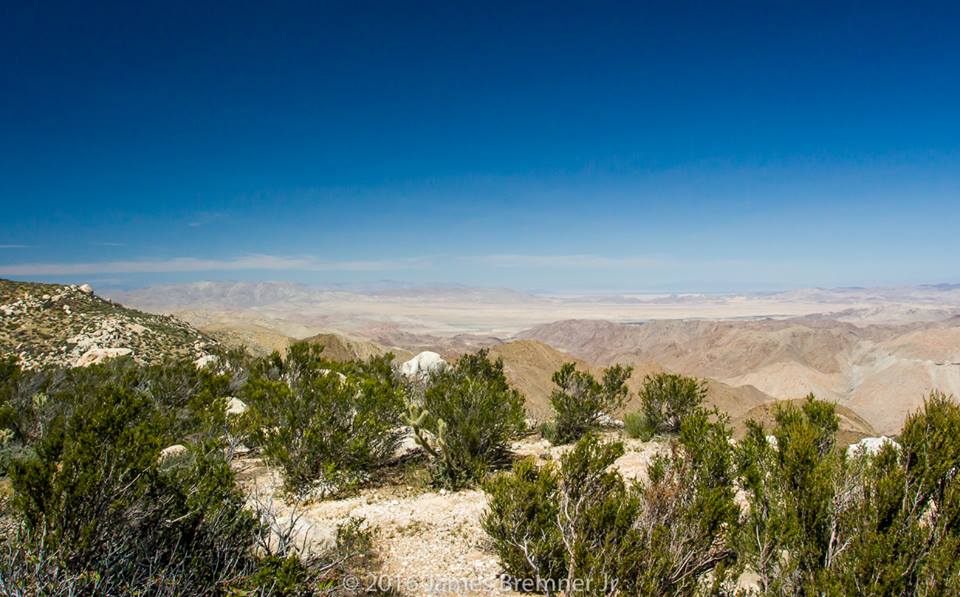