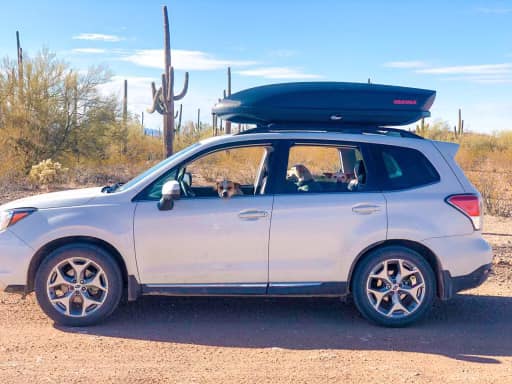 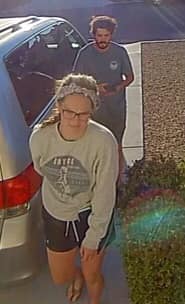 UPDATE: INYO COUNTY, CA, APRIL 9, 2021, 3:30pm- At approximately 11:40am today Inyo County Search and Rescue team members were able to access the remote and steep ledge where missing campers Alexander Lofgren and Emily Henkel were located yesterday via aerial reconnaissance in the Willow Creek area of Death Valley National Park (DVNP).
The Inyo County Sheriff’s Office confirmed that Alexander Lofgren is deceased; custody was transferred to the Inyo County Coroner. An investigation will follow to determine the cause and manner of death. Emily Henkel was located alive and flown out for medical treatment by Lemoore Naval Air Station.
The technical search and rescue that took place today followed a lengthy search throughout DVNP that was initiated Tuesday April 6, after Inyo County Sheriff’s Office received notification that Lofgren and Henkel had not returned by their due date of April 4.
“This has been a tremendously difficult operation in a very unforgiving geographic area of Inyo County, I sincerely hope for healing and recovery for all involved,” stated Inyo County Sheriff Jeff Hollowell.
The Inyo County Sheriff’s Office would like to thank the following assisting agencies: Inyo County Search and Rescue, Death Valley National Park, Bureau of Land Management, and CalOES. For aerial support we would like to thank China Lake Naval Weapons Base, Lemoore Naval Air Station, Army National Guard, and CHP.

– Update from Inyo County Sheriff’s Office: The two missing individuals: 32-year-old Alexander Lofgren, and 27-year-old Emily Henkel, both from Tucson, AZ, were located today shortly after noon. They were spotted through aerial reconnaissance in a very remote area of Death Valley National Park near Willow Creek on a very steep ledge.

A hoist operation was attempted, but due to the extreme location the two team members who rappelled down were unable to reach Lofgren and Henkel. It is unclear at this point what condition Lofgren and Henkel are in. This evening an Inyo Search and Rescue technical team will travel to Death Valley National Park and will descend the canyon as soon as they arrive.

The missing white Subaru was located first by Death Valley National Park at approximately 11:00am off of Gold Valley Road. A note was located in the vehicle that read, “Two flat tires, headed to Mormon Point, have three days’ worth of water.” This note proved to be a crucial tip in directing search efforts. The location of the vehicle was not included in Lofgren’s backcountry itinerary.

The search was initiated Tuesday April 6, after Inyo County Sheriff’s Office received notification that Lofgren and Henkel had not returned by their due date of April 4. Lofgren’s backcountry itinerary was thoroughly checked along with every attraction and tourist site along highway 190 with no results.

The good news is that they have been found. Once again, the incredible efforts of the Inyo County Search and Rescue Team, and the coordination with other agencies has proven how effectively these agencies work together to save lives.

DesertUSA reminds people one of the first rules of desert survival is to stay with your vehicle and to make sure you are using a vehicle meant for desert terrain if you are going on backroads.

On April 6, after receiving notification of the two potentially missing individuals all hotels were checked in the Death Valley National Park (DVNP) area, and a “be on the lookout” (BOLO) was sent to CHP and DVNP for their white 2018 Subaru Forester with Yakima roof rack. Additionally both were left messages on their cell phones to contact the Inyo County Sheriff’s Office as soon as possible; both phones went straight to voicemail.

On April 7, the entire Death Valley Highway 190, from Death Valley Junction to Lone Pine, was driven and every monument and attraction along to route was checked. DVPN assisted in checking every site listed on Lofgren’s backcountry itinerary. Lofgren had entered a backcountry registration log listing the following destinations while they were in the park: Artist Drive, Devils Golf Course, Racetrack, and Badwater Basin. All the areas were checked and some were checked morning and afternoon with no results.

On April 7, Lofgren and Henkel were entered into the Missing and Unidentified Persons (MUPS) database. Forensic analysis of both parties’ cell phones did not provide useful information due to the remote location and lack of cellular service.

Today, both aerial support and ground support will be utilized throughout the Death Valley area.

Both Lofgren and Henkel are described as experienced campers. Lofgren is believed to have jugs of water and at least one day’s worth of food as well as camping gear. Lofgren is known for camping in remote areas that are not designated campgrounds.

Assisting agencies currently: Inyo County Search and Rescue, Death Valley National Park, Inyo Sheriff, and China Lake Naval Weapons Base for aerial. The public is asked to contact the Inyo County Sheriff’s Office at 760-878-0383, option 4, with any information that may assist in the search.