Anza-Borrego Desert State Park: Summer, 2011: – There was a faint but growing orange glow on the horizon.  The glow added an orange tint to the eastern facing layered sedimentary rocks of the Borrego Badlands.  If I was a little taller, I probably would have been able to see the Salton Sea from here. 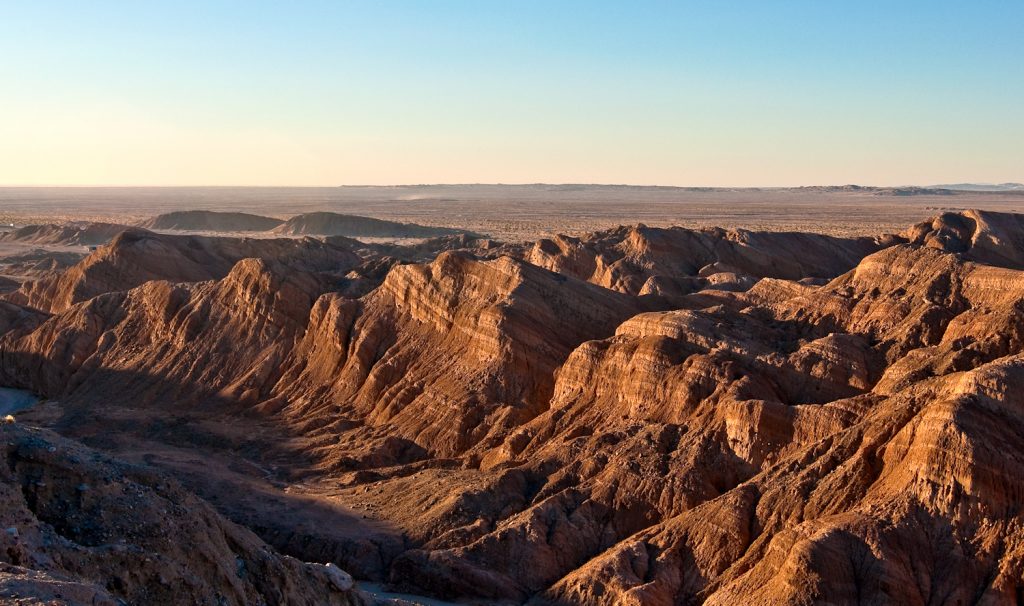 The fireball that would later turn the current cool breeze into hot, choking, sandstorms would soon fully expose itself naked, due to the typically cloudless summer sky. But that would be later, so I continued my exploring, and enjoying the refreshing breeze, jumping from shade-spot to shade-spot and getting done what I needed to do. 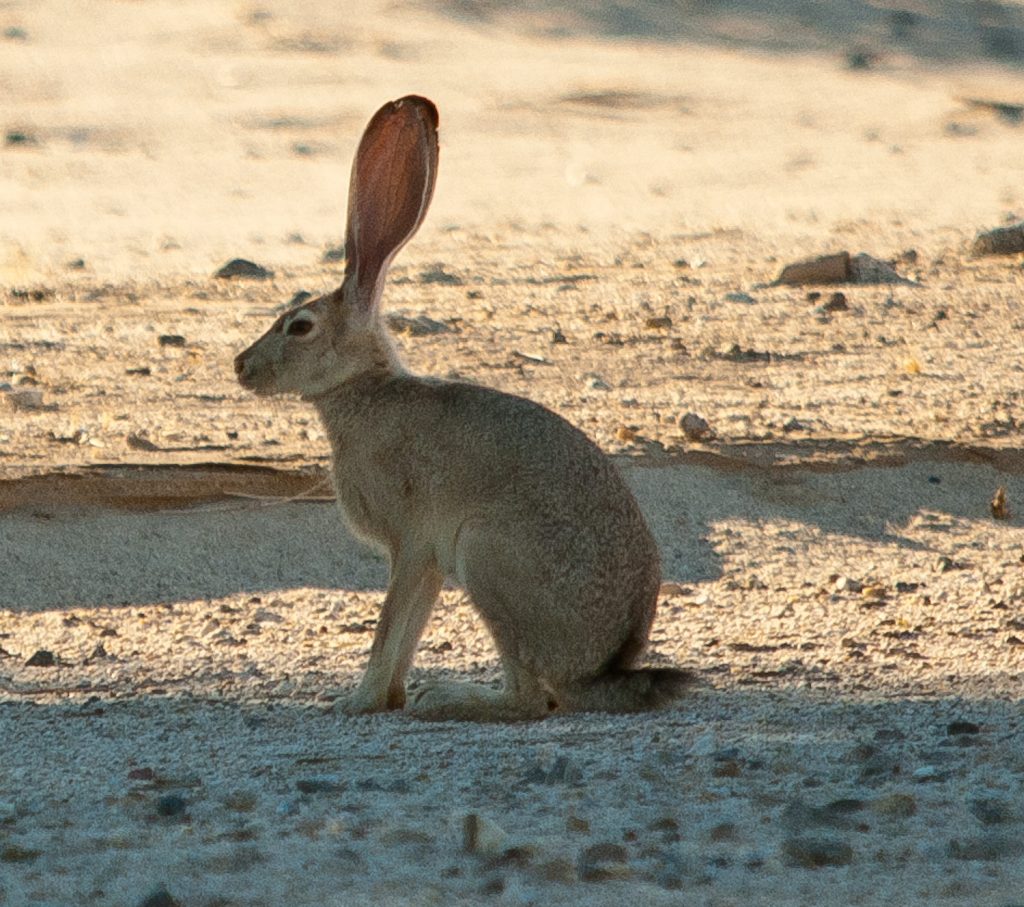 Usually, a gorgeous morning such as today would draw large crowds to Font’s View and Inspiration Point to watch the sun rise over the badlands.   Today, it was just me and some stranger  a couple of alluvial fingers away.  His hunched-over silhouette reminded me of the pictographs I had seen a few years back, down at Smuggler’s Canyon where I used to live, before I undertook the long journey to move here to the Font’s Wash area. 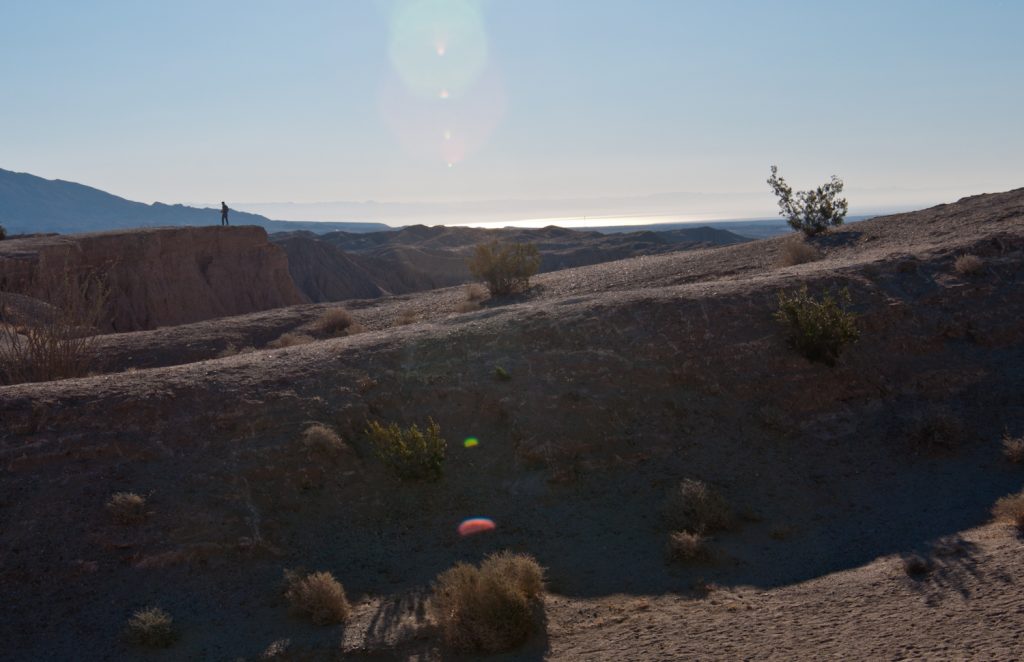 Not much was happening and other than the breeze, there was little noise.  I went about with my exploring unbothered.   I was checking out the various plants that grow in this area and deciding which I would take with me – stuffed in my mouth.

I was about half-way between Font’s Point and the main, paved road connecting Salton City with Borrego Springs when I heard something other than the breeze or my panting.  The noise was mechanical rather than natural.  I judged it to be a small SUV or sedan.  I was able to hear that the truck had just turned off the smooth pavement and onto the hard sand and mixed loose gravel of the wash.  I couldn’t see what it was, but I was trained to know what it sounded like and how to tell direction and range.  I knew these things despite the fact that my brain was 1/35th the size of an infant human’s brain.

I stood there waiting.  If the driver was a hunter, he was a poor one because he sure made noise and was not quietly stalking anything.  Music blaring from the truck at the hours before the park life fully awoke told everyone something was coming long before the truck’s headlights were visible.

So, by the time the driver saw me, I was running towards the bushes. 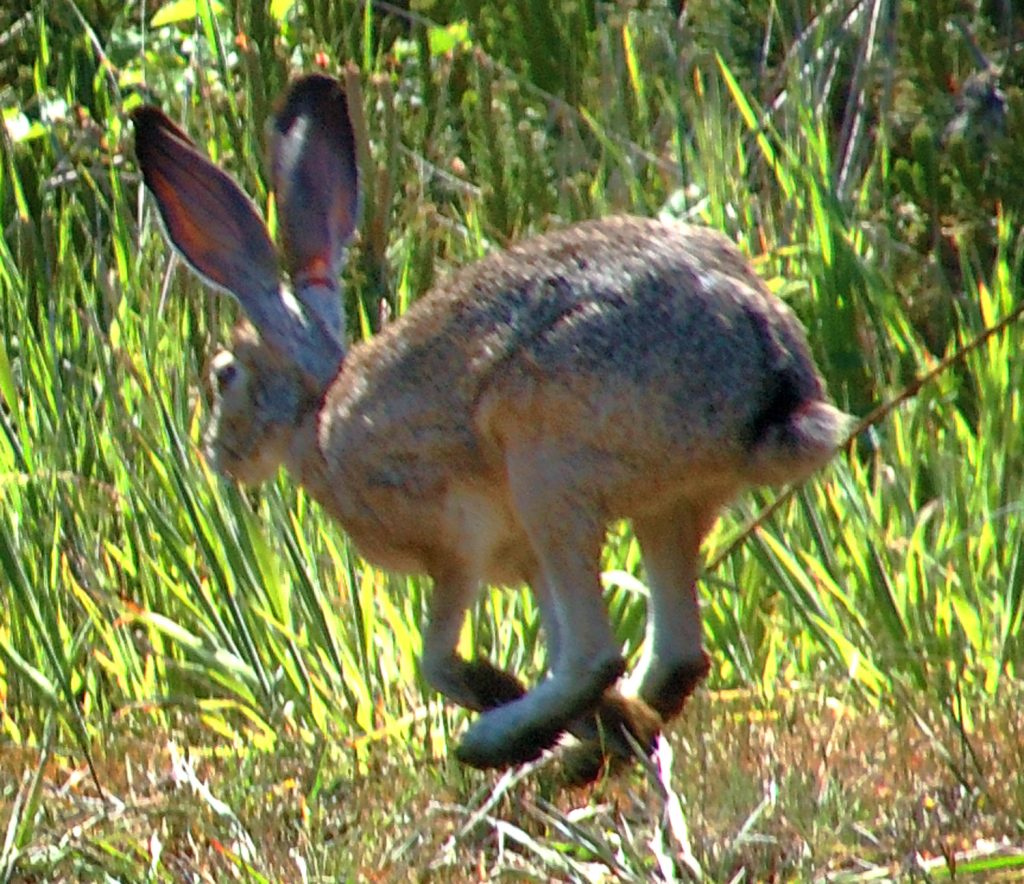 Despite my ability to blend in with the bush, I can still be spotted easily by experienced hunters. The driver jammed his brakes, sliding over the ground, leaving a cloud of dusty gravel floating by.   The driver was racing to get something off his front seat.  I prayed for the moment that I was not about to be shot by a round from a rifle.  Hunting was absolutely illegal in the park, but early morning poachers were not unheard of.  I froze for a moment, not very effectively following the flight urge of my fight or flight instinct.

A loud long yelp suddenly echoed in the wash.  A similar yelp, but of a completely different tone was returned from a different direction.  Both the driver and I knew what those sounds were.  They were the yelps of two different canis latrans; i.e., coyotes.  I did not recognize who they were from their yelps, but I expected them to both be male. 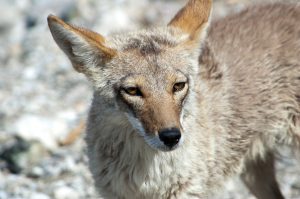 The yelps meant different things to me and the driver.  To me, it meant, I was being spied on and had not realized it  It was a reminder that this area can be dangerous due to tourist trash not properly carried out of the park and attracting scavengers.  Indeed, a friend of mine had his ear torn off by a dive-bombing turkey vulture. 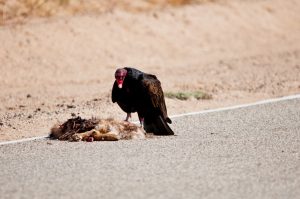 To the driver, it meant a bigger fish to fry; that is, a larger beast to mount on a rotisserie stick and cook over an open fire.  During the split second of and right after the yelp, the driver’s attention instantly changed and his gaze went from me to the coyote not camouflaged in the brush.  I used that split second to “head for the hills”, as human say.  I never found out the intentions of the driver or the fate of the coyotes.

I never returned to that spot again and warned my friends of the double threat that I faced that morning.    So, I spent the remaining cool nights of the Borrego summer, where the temperature overnight barely drops below 80, at a different part of the park.  I wound up living near the visitor center where water was much more plentiful due to irrigation of the gardens and the animals and tourists being more friendly.