The restored Kelso Depot in the Eastern Mojave National Preserve is resplendent in historic colors. The grande dame of the Mojave serves as the main visitor center for the National Park Service in the preserve.

The heyday of passenger trains is long gone. But the lovely lady of Kelso was meticulously restored as the National Park’s visitor center for the Mojave National Preserve. The former depot reopened in November 2005. James Woolsey, former chief of resource interpretation and outreach for NPS said the station is “a magical place – like an oasis in the desert.”

Kelso Depot stood crumbling deep in the Eastern Mojave Desert for years – a tattered, faded grande dame with hints of her original beauty still intact. On a hot day, with the heat rising around her, she appeared almost like a ghostly mirage in the stark and desolate landscape. 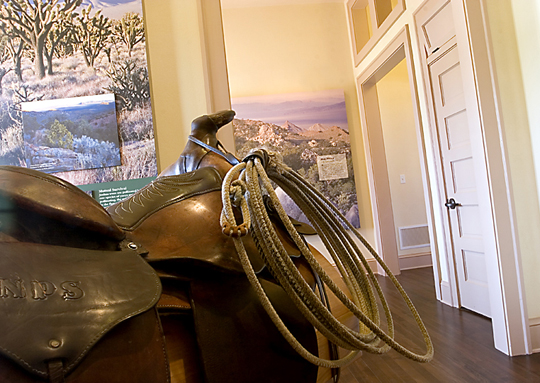 An antique saddle with rope is part of the exhibit paying homage to the history of cattle ranching in the Eastern Mojave.

Inside, rat droppings and broken glass littered the floor. But the imagination could still hear the mournful steam whistles of trains with names like City of Los Angeles and the Gold Coast Limited and the hustle bustle of passengers milling about the station.

In danger of being demolished after being closed in 1985, efforts of local citizens, Bureau of Land Management officials, as well as Congressman Jerry Lewis saved the station from destruction by the Union Pacific Railway who has since contributed many items to the exhibits.

The Los Angeles and Salt Lake Railroad (later the Union Pacific Railway) built the current depot as a rooming, boarding and entertainment facility for its employees. The lunch room also fed passengers whose trains did not include dining cars and was open to the public as well. 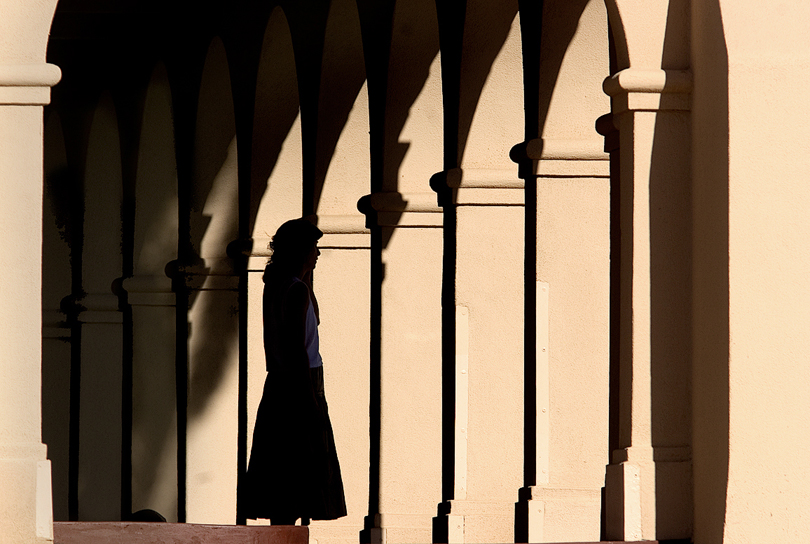 A visitor to the restored Kelso Depot on the Union Pacific line is silhouetted by the afternoon sun as she takes in the ambiance of the depot in the desert. 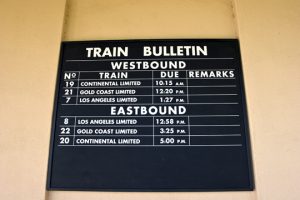 Train names on a bulletin from a by-gone era are another element that adds a sense of reality to the station.

The California mission style stuccoed building was originally called the “Club House and Restaurant.” Its elegant construction with arched walkways was designed to attract passengers, competing with the elaborate and famous Santa Fe Harvey Houses.

Kelso was the perfect spot for a railroading town and depot. Established to furnish water for the heavy steam engines negotiating the steep Cima grade between Kelso and Cima, it was also a community meeting place. Church was often held there on Sundays.

Now the baggage room, conductor room and ticket office have been restored with actual artifacts from the early days and there are exhibits telling the railroad story. Upstairs, two of the bedrooms show how the railroaders lived when they were there, with jackets hanging on hooks and scratchy woolen blankets on the bed. 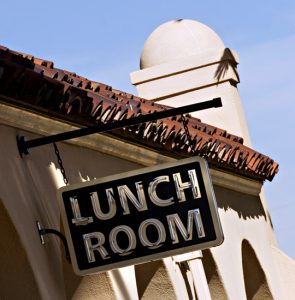 A lunch sign shows where the old beanery was in the newly restored and reopened Kelso Depot, in Kelso, Calif. Nov. 3, 2005. The depot now functions as the visitor center for the National Park Service in the Mojave Desert National Preserve. (AP Photo/Daily Press/Lara Hartley

Some of the more intriguing exhibits include an audio of Doc Springer’s radio show from the healing waters at Zzyzx. And the booming Kelso dunes, also known as singing dunes, can be heard from hidden speakers when a button is pushed activating the dunes display. Animals tracks on the dunes are explained as well.

A piece of the original counter was used as a sample to recreate the lunchroom counter and the chairs are reproductions of the original ones. Period awnings and paint to match the original exterior color complete the picture.

The restoration was not only meticulous, but lovingly done. Woolsey said, “We did not do just what was needed, but what we wanted.”

Visitor Richard Drake may have described it best when he entered the lobby and said, “Amazing, what a gem!” 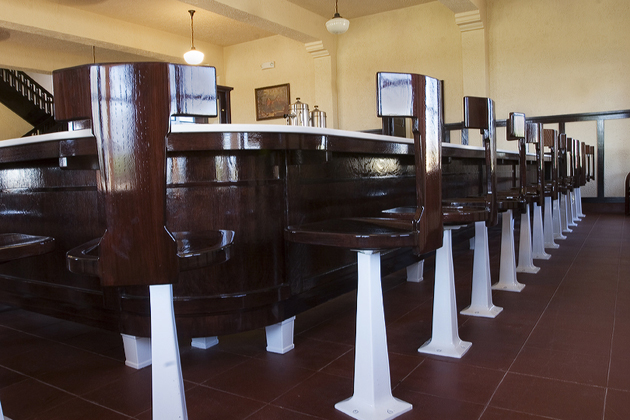 The lunchroom inside the depot is ready for someone to take on the business of running a restaurant. 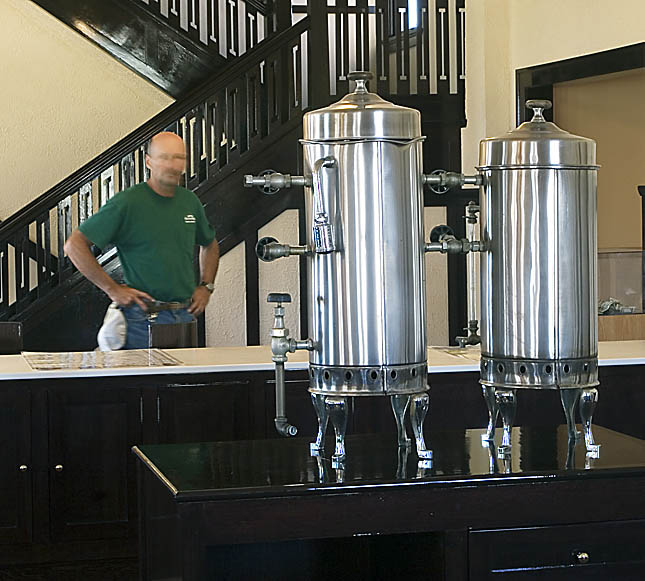 Large, old coffee urns are one of the many historical artifacts that grace the inside of the rail station and lunchroom.

From I-40: Exit Kelbaker Road (about 29 miles east of Ludlow Calif., or 28 miles west of Fenner, Calif.). Continue 22 miles north on Kelbaker Road to Kelso, Calif.