In August 1999, the Peregrine falcon was removed from the federal endangered species list, a move prompted by the falcon’s comeback from the brink of extinction. However, in Texas it still listed as a threatened species.

National Park Service policies require the protection and preservation of all state-listed species and all species of concern, regardless of federal or state classification. In keeping with this mandate, and to provide the nesting falcons with areas free of human disturbance, the NPS will again temporarily close or place restrictions on the use of certain lands at Big Bend National Park.

The areas closed to public entry from February 1 through May 31 are:

A portion of the East Rim Trail from the southern junction of the Boot Canyon Trail to a point just north of Campsite ER-4. (see map below).
East Rim Campsites: ER-4, 5, 6, 7, 8, 9.
Technical rock climbing on rock faces within ¼ mile of known peregrine eyries.
The NPS does not plan to close any other areas, but restrictions may be modified if Peregrine behavior or nesting sites do not follow traditional trends.

Through the efforts of federal, state and private agencies, the Peregrine has staged a remarkable comeback since it was placed on the federal list in 1970. Superintendent Bob Krumenaker remarked, “The small population found in Big Bend National Park and the Rio Grande Wild and Scenic River represents most of the peregrines found in Texas. We appreciate the continued public support and cooperation to protect these remarkable birds.” 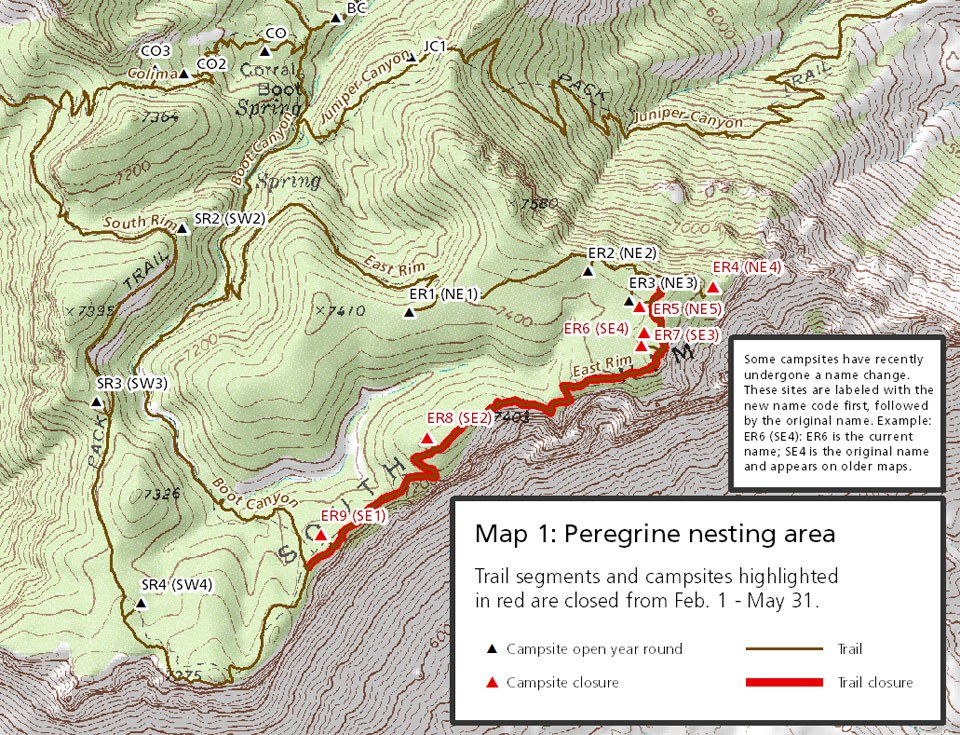