Why do we live in this confounded hot desert?  First of all this desert, the Mojave Desert, especially in its higher elevations is not so hot compared to many other deserts.  I sometimes laugh to myself when those of the Los Angeles Inland Empire area or the California Central Valley think that us folks in the desert endure so much heat when actually much of the summer we are a few degrees cooler than they are and we also endure much less humidity than they do.  This brings me to the subject of this blog today, the best reason to live in the desert according to some desert rats, “The Swamp Cooler”.

There are many forms of cooling with water that go back thousands of years, we have all personally experienced the evaporative cooling effect that occurs after exiting a swimming pool on a hot sunny day.  Paintings from about 2500 B.C. show slaves fanning jars of water to cool rooms for royalty. 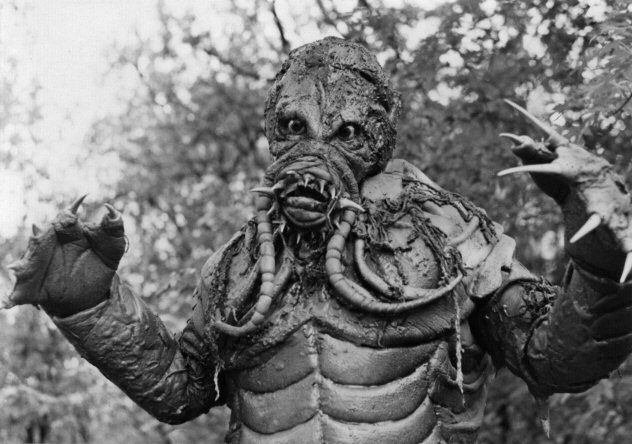 Desert lore says that the modern incarnation of the swamp cooler originated when the desert swamp man came out of the desert in 1915 and spread his swampy knowledge for the benefit of all desertkind.  History books differ from this lore, they say that it probably did not take long past the initial discovery of cloth for early man to take practical advantage of this physical cooling behavior of water when living in hot and arid regions.  Settlers of the 1920s and 1930s in the Southwest slept in screened in porches, roofs, or other outside facilities and hung wet sheets to gain some relief from the summer heat.  The Arizona Republic reports that guests at the Ford Hotel in Phoenix slept on the balcony while young men peddled to power overhead fans.

The earliest design of the direct coolers consisted of wooden frames covered with wet burlap cloth with fans forcing air into the space being cooled. As they evolved, sumps and recirculating pumps were incorporated into the designs.  The first aspen pad (swamp) cooler was demonstrated in the Adams Hotel in downtown Phoenix June 20, 1916.  In 1939, Martin and Paul Thornburg published mimeographed instructions, “Cooling for the Arizona Home.”  The two professors at the University of Arizona had conducted tests to improve performance of these direct evaporative coolers.  About that time, early mass production of evaporative coolers began as the integrated motor and fan units, by 1939, most houses and businesses in the hot and arid southwest were using drip coolers.

Today, swamp coolers are the most economical method of cooling a house in a dry climate.  All of the electricity that is used to power an air conditioning unit is a waste of energy when compared to the economical energy consumption that is used to run a large fan and a water pump on a swamp cooler and in my opinion with much better results that your senses can feel in your “swamp cooled” home.  You will also see results in your pocketbook, in this day of energy sucking air conditioning units, us Mojave Desert folk have been going green years ahead of everyone else.

Now for the technical stuff: the cooler sits on the roof with an air duct leading down into the house or sometimes it is mounted on a wall or in a window.  The cooler is essentially a large box, four sides of which are removable panels (some coolers have 3 pads or even one big pad). These panels have vents in them to let air flow through. On the inside of each panel is attached a “cooler pad” which looks a little bit like a matt of hay. The pads are about 2-3 inches thick and about 3 feet square. They are made of a material which absorbs water..

At the bottom of the box is a reservoir of water [3], with a tube running down into it. At the top is the other end of the tube, with a “spider” attachment of hoses or some other trickle mechanism. These spread across the top of the box to the sides. The ends of the hoses are above the top edges of the pads.  A pump runs a continuous trickle of water over the pads, keeping them wet, the water runs through them and collects again in the reservoir and water is recycled and is refilled as it evaporates.  At the entrance to the duct is a large fan [5] which sucks hot air from the outside [1] in through the wet pads [2], where they are cooled by evaporation [4], the air is then blown down into the house [6].  Or as I like to explain it, air is sucked through pads dripping with re-circulated water, the same cooled air is blown down a vent to cool the house.

As far as humidity, on those glorious desert thunderstorm days I guess you could say that a good thunderstorm is natures swamp cooler but on those humid but non-rainy days we must turn on the air conditioning because swamp coolers are not efficient in high humidity.  In the Mojave Desert we enjoy our swamp coolers about 90% of the summer season, as far as I am concerned no matter how big or small a house you live in you must become desert folk and install a swamp cooler.  I turned mine on today and it gave my senses the realization that the hot dry swampy days of summer are almost upon us.

Setting Up A Swamper For The Season 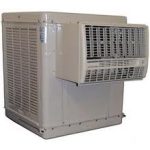