Desert Road Trippin'
Home Blogs The Mojo on the Mojave “The Mojo on the Mojave” Second Anniversary
Well…. it has been two years since I started writing the “Mojo on the Mojave” for this DesertUSA blog.  I would like to thank DesertUSA for giving me this opportunity and I look forward to many more years of blogging about the Mojave Desert.
I see the Mojave Desert as a beautiful place that is awe inspiring.  Even though there is no definitive boundary to it, because of its natural borders we do know the general area where it begins and ends.  We know that it spans from Death Valley to Joshua Tree, from the northern parts of Los Angeles County to the western edge of the Grand Canyon.  The splendors of Lake Mead and the thrills of Las Vegas both lie within its borders.  The Joshua Tree National Park, Death Valley National Park and the Mojave National Preserve are also part of this Desert.  The beautiful eastern slopes of the Sierra Nevada also lie within the Mojave Desert, in fact, this area has been used as the backdrop to many of Hollywood’s biggest movies for almost 100 years because of its natural beauty, hmmmm, maybe a future blog?  The states of California, Arizona, Nevada and a small portion of Utah are fortunate to have a piece of the Mojave within their borders.

A reliable sign that you are within its borders are the Joshua Trees that inhabit its landscape.  The Mojave Desert is known for being cooler than many other deserts, in-fact, most people don’t realize that the entire inland empire of the Los Angeles area is warmer much of the year than the higher elevations of the Mojave Desert, even in summer.  These cooler and drier factors are the reason why the Joshua Tree grows so abundantly in this Desert.  The Joshua Tree requires freezing temperatures, generally limited rainfall along with sporadic wet winters and a very specialized moth to reproduce in its natural environment.
From warm summers to cold snowy winters the Mojave Desert really is the land of four seasons.  All of these things along with its proximity to so many interesting places, I would rather live nowhere else.  I feel privileged to write this blog, onward to year number three of the “Mojo on the Mojave”.
Take It Easy – Mojave 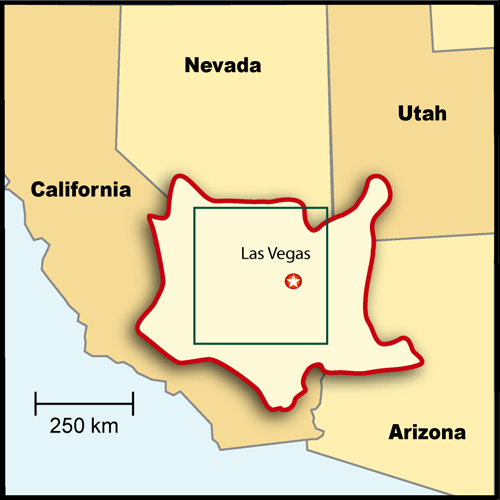 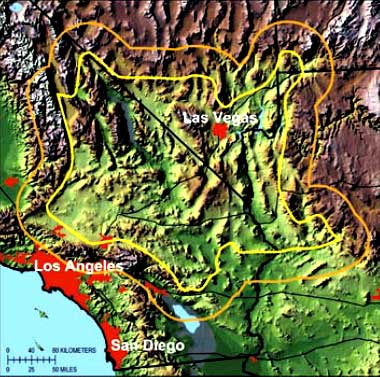