I had waited and waited all spring for this plant to bloom. (i had not seen it in flower since 2005. ) this is what it was supposed to look like. 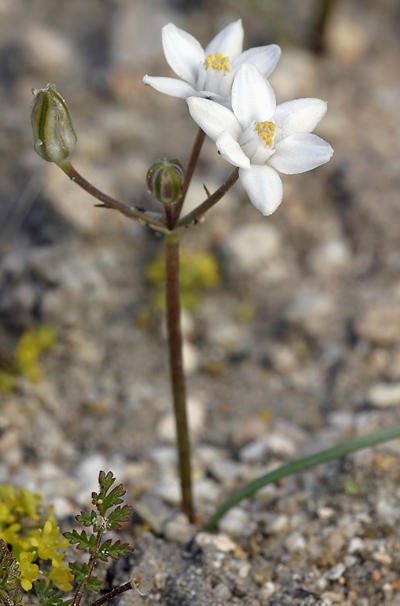 this year i was hopeful. nice spring rain, lots of leaves.

saturday i was really hopeful. it was TIME. it was not time. things were crispi-fying. zip. zilch. nada. 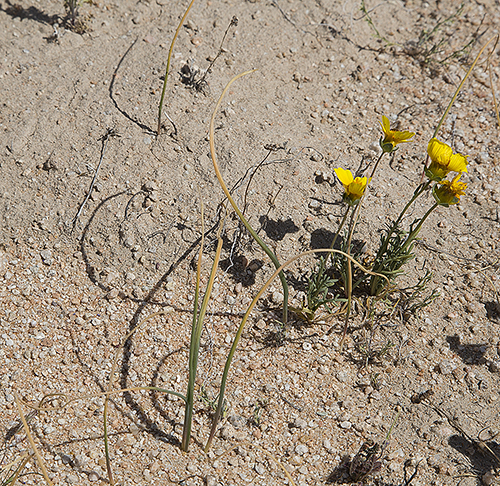 left that site, headed for another rare plant location, but decided i needed a zinger break. stopped in kramer junction, where two highways meet 32 miles from home. i figured get the zingers, head back into the great unknown. i tried to start the car and it made this huge awful screeching noise. well that was not good. didn’t sound like a dead battery, it sounded like a wounded owl. 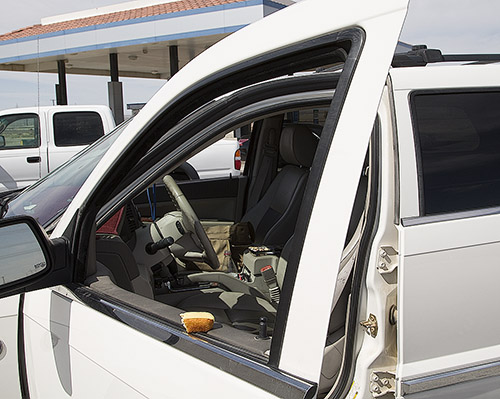 called AAA – good news they had a guy close by. maybe 15 minutes. so about 15 minutes he calls and says he is almost there. cool. 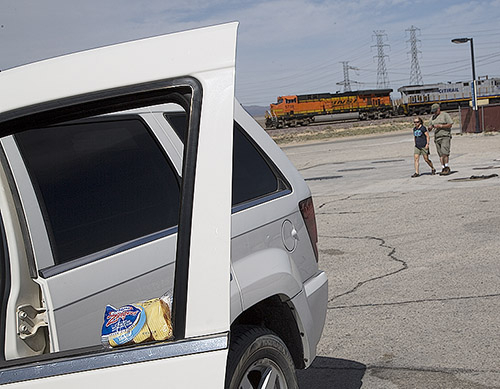 after 25 minutes he calls and says he can’t find me. he found the station, drove through the station but didn’t see me. 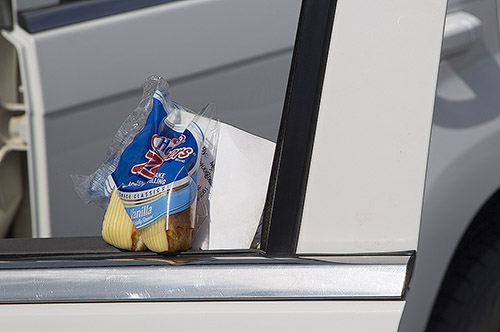 “ok, did you go through kramer junction?”

“where exactly are you?”

after a few minutes of this, after explicit and clear directions on how to get to kramer junction i hung up knowing all was well, right? i waited. called him back. he didn’t answer.

eat the zinger i was saving for the next day.

no driver. i was ticked off.

stomped on the last zinger. 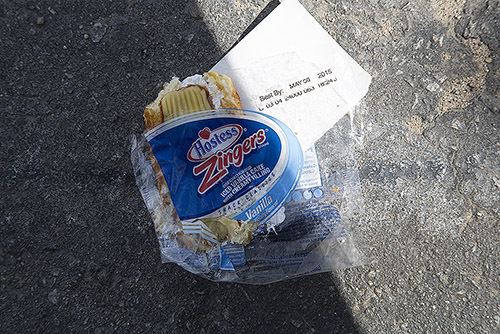 i guess he finally got turned around, he had gone to the wrong arco station he said..ok.

he gets the car loaded and looked at me. 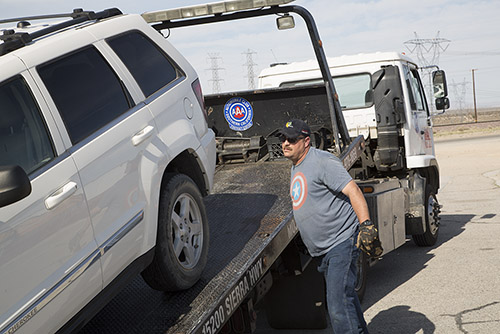 “head for barstow i said.”

he continued to look at me.

he had to call in to his dispatcher to let them know where into the great mojave desert he was going, away from civilization. to barstow.

to make this all shorter, got to barstow tire and brake, they said it was a dead battery, charged it up enough to start, i started to drive out of the lot, it died. they were closing.

had to have car towed to auto zone for new battery to even run the tests to see if i had a bad alternator or some other obscure electrical problem. 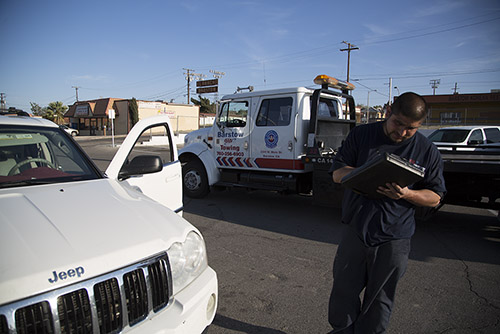 while loading the car i discovered a slash in the sidewall of one of my rear tires. it could have been worse.

if i hadn’t stopped for zingers, my car would be dead in the middle of the desert and AAA doesn’t do dirt.

i need a new tire, which means two new tires.

zingers saved me from having to set the spare tire on fire to attract attention where there was no cell service.