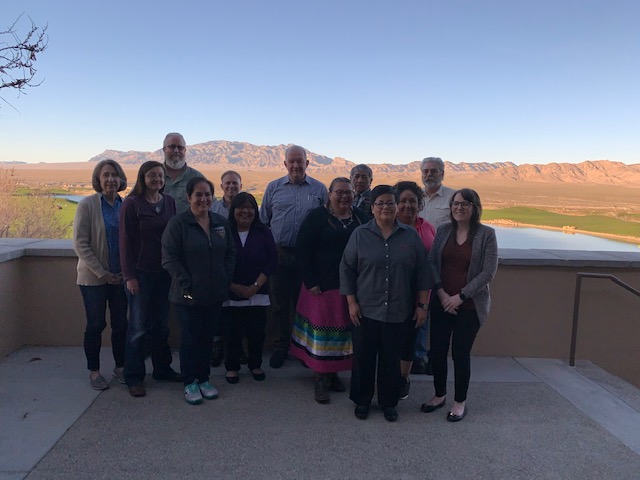 November 13, 2020 – In observance of November as Native American Heritage Month, the National Park Service Tribal Historic Preservation Program announces a major milestone as the 200th Tribal Historic Preservation Agreement has been signed. The agreement with the Paiute-Shoshone Tribe of the Fallon Reservation and Colony, Nevada, completed in July 2020, was the 200th such agreement signed by the National Park Service since the program’s inception in 1992. In the last year, the program facilitated agreements with six Tribes who will assume tribal historic preservation responsibilities under the National Historic Preservation Act, including the Paiute-Shoshone. The others include the San Manuel Band of Mission Indians, California; the Mooretown Rancheria of Maidu Indians of California; the Delaware Tribe of Indians, Kansas; the Walker River Paiute Tribe of the Walker River Reservation, Nevada; and the Shawnee Tribe, Oklahoma.

Each year, as new THPOs enter into partnership agreements with the National Park Service, the number of educational programs, survey and inventory activities, preservation plans, and collaborations between federal, state, and community preservation partners increases exponentially. Over the years, support and feedback from tribal partners has allowed the program to expand and evolve. With 574 federally recognized tribes, continued engagement with tribal partners supports many potential new THPO programs.
For more information about the Tribal Historic Preservation Program, visit the program website: nps.gov/thpoprogram.