I squeezed my way in between two barstools occupied by women because that usually prevented some freak from sideling up next to me and making some lame move.  I ordered my usual Kettle One over ice.  The bartender said they did not have Kettle One.  “I guess I still live in the late 90’s, huh?”  I settled for an Absolut.

I saw the two golf experts.  They were over in front of the buffet table.  Each was awkwardly holding a drink and a plate and trying to eat from the plate without spilling their drink.  I kept my head down, but my eyes up, so hopefully they would not see me.  Watching them try to drink and eat while standing, I now really knew the networking class they went to was not that good.  The good ones teach you how to gracefully and simultaneously, eat, drink, and talk at these mixers.

I took my drink and walked over to Diane, who was talking to Troy from the HR of one of our competitors.  After we briefly talked about how all our IRAs had tanked, Troy left.  Diane asked me who were the guys that underwhelmed me with their wild tales of golf skills.  I did not think much about why she was asking me this  question, but after I pointed them out, the next thing I knew Diane dragged me over to them.

“Guys, my friend Rachael told me about what you were telling her about the Devil’s Golf Course.  I thought we could get a foursome and play a few rounds.”

I realized something bad was going to happen the moment Diane called me by our boss’ name.

The first guy looked at the other and said “sure”.  Either he really had no clue, or was on the con.  Little did I know.

“You know, I never did catch your name.  My name is Chad and this is Howard.”

I smiled, fighting with myself to look sincere as I reached out to shake their hands.  “I’m Rachael and this is my colleague Betsy.”  I didn’t know what alias Diane wanted to go by and for some reason the name ‘Betsy’ came to mind.

Diane -now under the ‘pen name’ Betsy- then went on telling this elaborate, but I presumed made up, story about her golfing at “DGC”, as she called it.  The story seemed convincing and the guys eagerly followed her every word.  I had no idea where Diane was going with this story and it took a good couple of minutes to tell.

But, after she mentioned golfing at “DGC”, yet another guy, apparently from a nearby group of networkers walked over to join our group.  “Hey, Chad…Howard.  These women are taking you for a ride.”

“Excuse me?” I said, turning my head to look at Diane.

Chad and Howard’s friend continued.  “DGC is not a golf course, per se. The Devil’s Golf Course is a large salt pan on the floor of Death Valley.  It is located in the Mojave Desert within Death Valley National Park.”

The friend just droned on in these short annoying monotone sentences.  And what the hell does “per se” mean, anyway?

“It was named after a line in the 1934 National Park Service guide book to Death Valley National Monument.  The book said that ” Only the devil could play golf ” on its surface.  The surface has a rough texture from the large Halite salt crystal formations.”

Man, in just a few short minutes, this guy gave me a headache.  Chad looked at Howard and then they both looked back at us with disgust.  “See, Howard – that is why I told you I hate these networking things; the creepy women.”  The two men dropped their plates on the buffet table  and walked away, their Death Valley tour guide in tow.

I bottomed-up my Absolut, shook my head in frustration at Diane, and took the embarrassment and pie in the face as signs that I needed out of this racket. 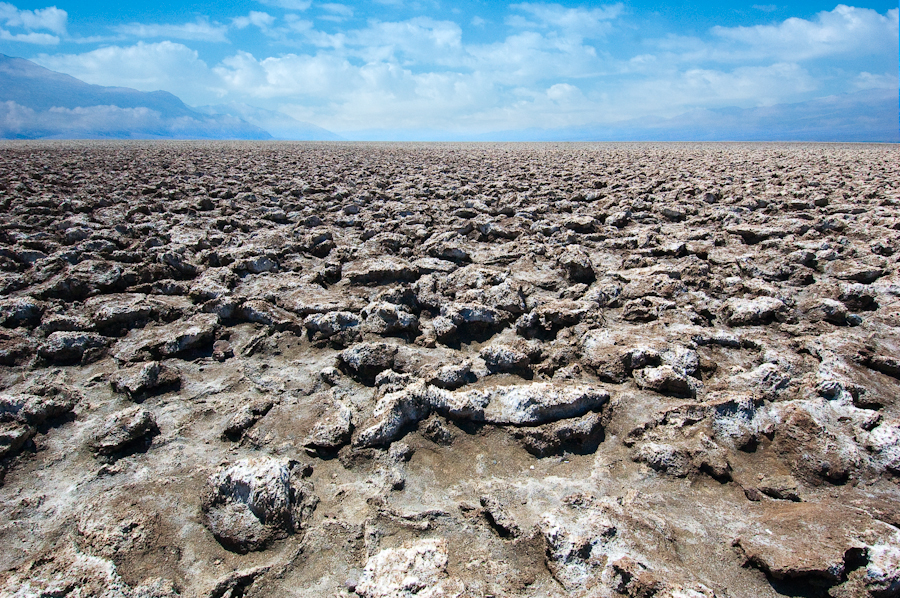 not to be confused with … 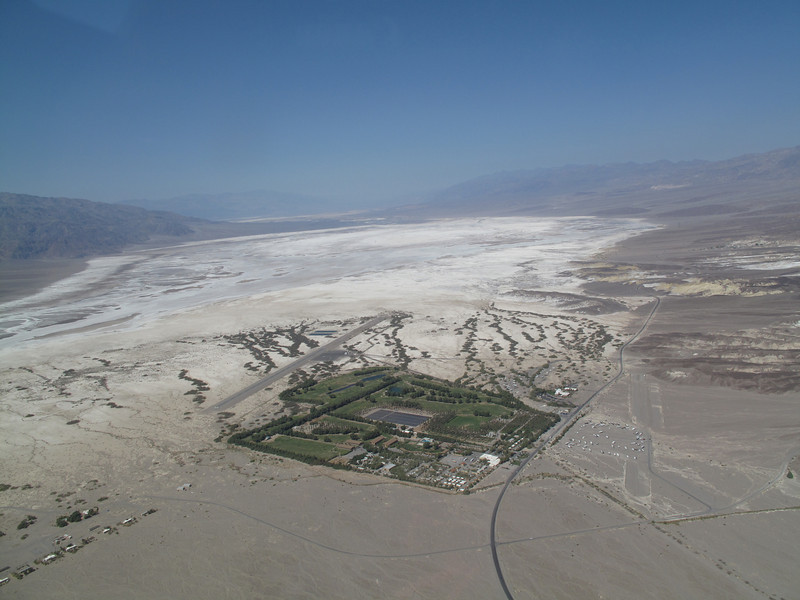