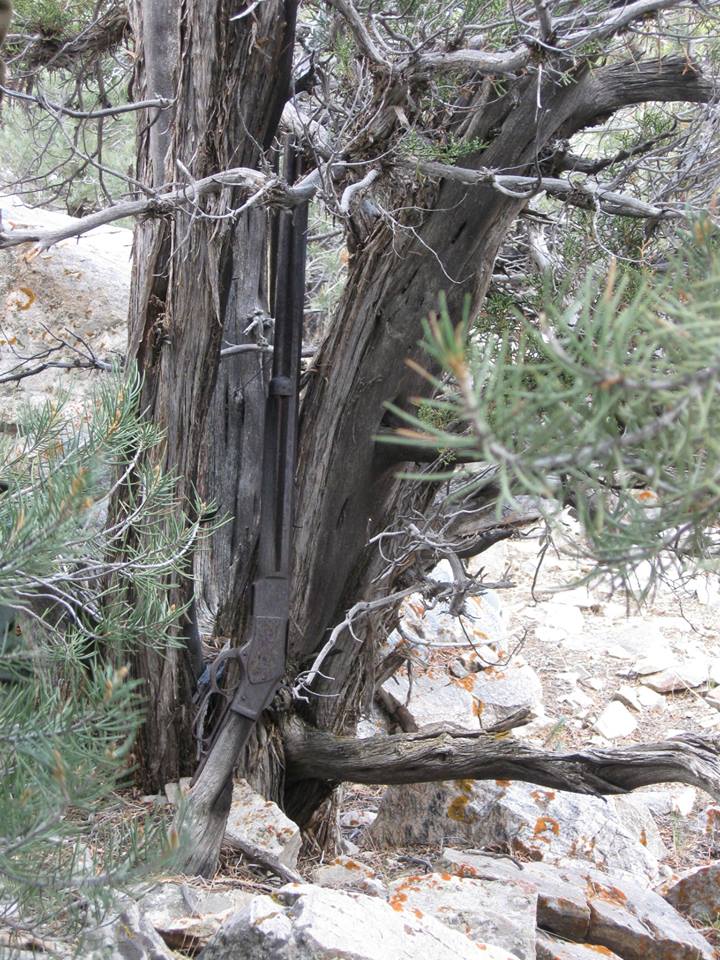 BAKER, NV – On November 6, 2014 Cultural Resource Program Manager, Eva Jensen working with the park archaeology team, noticed an object beneath a Juniper tree. Getting a closer look she discovered that is was a rifle.

Numerous questions surround the small piece of American heritage in Great Basin National Park. The 132 year-old rifle, exposed to sun, wind, snow, and rain was found leaning against a tree in the park. The cracked wood stock, weathered to grey, and the brown rusted barrel blended into the colors of the old juniper tree in a remote rocky outcrop, keeping the rifle hidden for many years.

“Model 1873” distinctively engraved on the mechanism identify the rifle as the Winchester Model 1873 repeating rifle. The serial number on the lower tang corresponds in Winchester records held at the Buffalo Bill Center of the West Museum in Cody, Wyoming, with a manufacture and shipping date of 1882. Currently, the detailed history of this rifle is unknown. Winchester records do not indicate who purchased the rifle from the warehouse or where it was shipped. The rifle was not loaded when it was found, but would have held .44-40 caliber ammunition when in use.

Winchester Model 1873 rifles hold a prominent place in Western history and lore. The rifles are referred to as “the gun that won the West”. 720,610 were manufactured between 1873 and 1916 when production ended. In 1882 alone, over 25,000 were made. Selling for about $50 when they first came out, the rifles reduced in price to $25 in 1882 and were accessible and popular as “everyman’s” rifle. The Winchester business plan included selling large lots of rifles to dealers or “jobbers” who would distribute the firearms to smaller sales outlets. 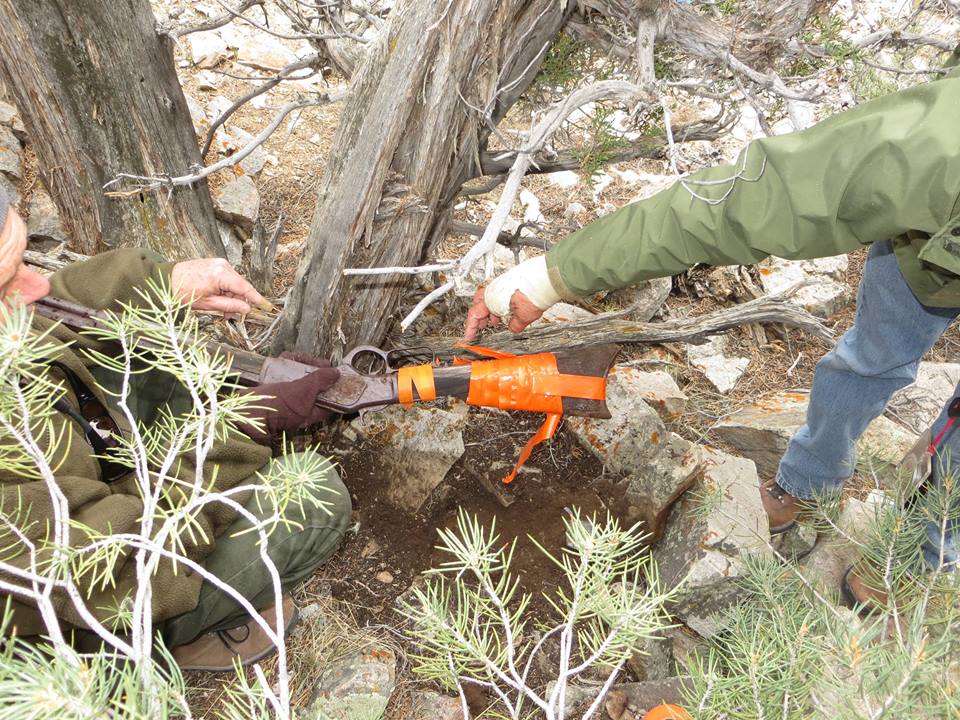 This rifle may provide its own bit of lore. Mysteries of the rifle’s journey through time spur creative and lively discussion. Who left the rifle? When and why it was leaned against the tree? And, why was it never retrieved? The Great Basin cultural resource staff is continuing research in old newspapers and family histories hoping to resolve some of the mystery and fill in details about the story of this rifle.

The park will provided a viewing opportunity for the community on January 16, 2015,  at the Great Basin Visitor Center classroom, and on January 17, 2015 at the Border Inn during the annual Old Sheepherders Gathering. After the viewings, the rifle is to be sent to conservators to stabilize the wood and apply museum conservation techniques. The treatment will keep the gun looking as it was found and prevent further deterioration. When the rifle is returned to the park it will be displayed as part of the Park’s 30th Birthday and the NPS Centennial celebration.

3. Were there any shells nearby? No

4. Will we use metal detectors to look for shells or other clues to the gun’s history? Yes, probably.

5. Were human remains found with the gun? No nothing was visible near the gun. Surveys will continue in the area in the spring when the snow melts.

6. Why didn’t the tree grow around the gun, this has happened to other guns and objects? The tree is a juniper tree and they are very slow growing. The gun was not left in the crotch of a tree where it might have been grown around. Also the bark on the tree is dead and the rifle was not in contact with anything other than the bark, if it were leaning against a spot on the tree where a living branch broke or had been cut the tree might have grown around the rifle.

8. How many inches was the stock buried? Between 4 and 5 inches.

9.How often do we have discoveries like this in the park? This is an unusual artifact. We identify many artifacts in the Park, some are much older than this rifle. This is the first time a rifle or anything of this type has been documented by park employees.

10. Have we had a significant discovery like this in the park before? This is one of many significant artifacts found in the park. Not all are as glamorous or exciting. Artifacts tell a story that helps us understand how people used the area now protected in the park. It is unusual to find something of this type in this circumstance and condition.

11. If it wasn’t loaded could it be a burial marker? We do not have any evidence of a burial or death associated with this artifact. We are continuing research.