Winter Solstice and a Lunar Eclipse 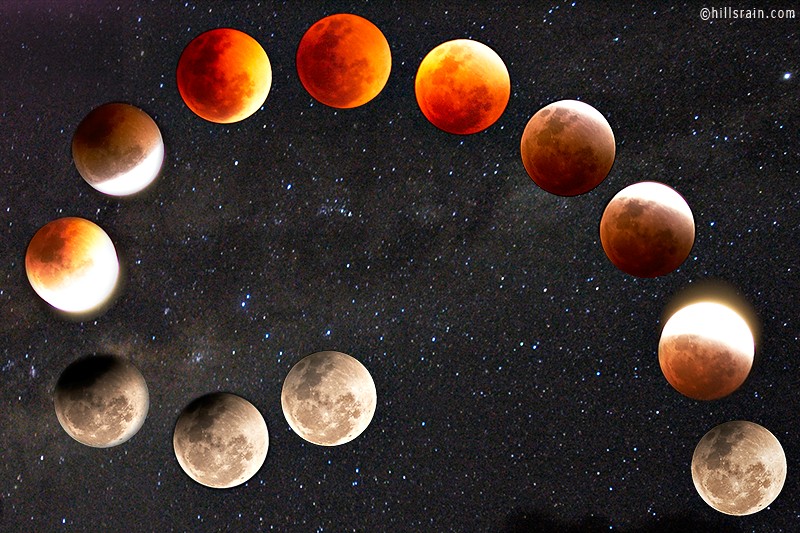 On Tuesday, December 21st, the first day of northern winter, when the full Moon passes almost dead center through Earth’s shadow.  The Mojave Desert as well as the rest of North America will be treated to a total eclipse of the Moon.  For 72 minutes of eerie totality, an amber light will play across the face of the moon as it sits in the shadow of the Earth.

The eclipse begins on Monday evening, Dec. 20th, at 10:33 pm in the desert and anyone else in the pacific time zone.   At that time, Earth’s shadow will appear as a dark red bite at the edge of the lunar disk.  It takes about an hour for the “bite” to expand and swallow the entire Moon.  Totality commences at 11:41 pm on the 20th and lasts for 72 minutes and into the day that makes this eclipse so special, Tuesday, December 21st, the day of the winter solstice in the northern hemisphere.

Besides being the shortest day of the year, December 21st is also the date of the ancient festival of Saturnalia which was the pre-cursor of the  modern Christmas celebration.  Saturnalia was the Roman holiday marking the winter solstice and it was named for the Roman god Saturn.  It was celebrated from December 17th to December 25th.  This day was basically a celebration of the returning of the Sun on this long dark Winter day.  Meanwhile on this same date countries in the southern hemisphere such as Australia are celebrating Christmas near the 1st day of Summer, their summer solstice is on December 21st.

The shortest day of the year and the first day of Winter in the northern hemisphere is December 21, after this date the sun begins it’s 6 month journey of staying out longer each day and rising higher each day in the sky until June 21 the first day of Summer when the process repeats itself.  If the sky is clear around midnight on Monday/Tuesday, December 20/21, look upwards at the Moon and remember that this unusual solstice/eclipse is a reminder that Summer is exactly 6 months away. The last time this happened was in the year 1638 and the next occurance will be in 2094. 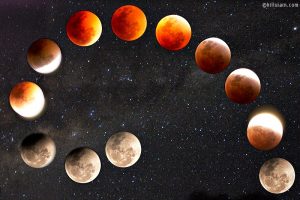