Poison ivy was one of the earliest plants noted by the first colonists to reach what would become the United States. Captain John Smith is credited with bestowing the common name because he thought the plant resembled English ivy or Boston ivy. He also observed that the plant "caused itchynge, and lastly, blisters."

At least ten species and subspecies, ranging from eastern Asia to Guatemala, bear the common name "poison ivy." Our local representative is known as Toxicodendron rydbergii. The generic epithet comes from the Greek Toxikos (poisonous) and dendron (tree), while the species name honors Per Axel Rydberg (1860-1930), a Swedish-born botanist how wrote two important books on the flora of Colorado and the Rocky mountains.

r favorable site conditions, where plants have remained relatively undisturbed for several decades, individuals sometimes reach heights of 10 feet or more. Stems are simple or sparsely branched and grow from much branched rhizomes. Long-stalked leaves are borne alternately near the summit of the stem and, like the eastern variety, are divided into three coarse-toothed leaflets, giving rise to the well-known aphorism "leaves of three don't bother me." In fall, the leaves turn brilliant red.

The flowers are creamy white. Male and female flowers occur on separate plants in dense clusters of minute flowers. Plants begin to bloom in mid-May at the southern end of range. Creamy white, waxy seeds remain on plants over winter. A variety of birds and mammals consume and disperse the fruit.

Poison ivy generally reproduces vegetatively, sending out rhizomes as far as seven feet, which can lead to dense thickets of a single clone or multiple interlaced clones.

T. ryberdgii grows across the northern part of the United States, as well as ranging south between the 100th meridian and the Great Basin. It grows further north and at higher elevations than any other poison ivy. In New Mexico and Colorado, it grows at 8500 feet. The western poison ivy may be found from stream side to subalpine communities, and it readily invades disturbed sites such as road sides, fence rows and railroads. In the arid west, it can become abundant in wetter sites like hanging gardens, deep canyon bottoms, ravines, seeps or streams.

Poison ivy is a notoriously poisonous plant, with approximately 80% to 90% of adults susceptible to skin inflammation after contacting the plant. In extremely sensitive people, it may only take less than a millionth of an ounce to cause a reaction. The active ingredient that causes dermatitis is known as uroshiol oil, a word derived from the Japanese term, "urushi," for the Japanese lacquer tree, Toxicodendron vernicifluum. Because uroshiol is only found in resin canals, a plant must be bruised or attacked by chewing/sucking insects in order for the allergenic agent to be on leaves or stems. Uroshiol does not occur in pollen.

Reaction to poison ivy generally does not begin until 24 to 72 hours after contact. Redness and swelling is accompanied by itching, followed by blisters. Reactions rarely last more than 10 days. Uroshiol can also be spread by touching clothing and animals that have brushed up against the plant, and 100-year-old herbarium specimens have even been known to cause reactions.

'Treatment' for poison ivy dermatitis ranges across the spectrum. Some of the more novel approaches include morphine, bromine, kerosene, buttermilk, strychnine, and that well known medicine, cream and marshmallows.

Washing with soap and water immediately after touching a plant is the recommended first line of therapy, although added moisturizers and oils in typical soap may actually spread the uroshiol oil. Tecnu(r) Oak-N-Ivy Brand(r) Outdoor Skin Cleanser, a mixture of organic solvents and wood pulp by-products does effectively wash off urushiol. It was originally developed in 1961 to remove radioactive fallout dust.

If this is unsuccessful, then anti-inflammatory corticosteriods (hydrocortisones) effectively relieve itching rashes. Herbal medicines include a poultice made from the flowers and leaves of the gum plant (Grindelia robusta), the leaves of mules ears (Wyethia longicaulis), and boiled leaves of yerba santa (Eriodicyton sp.) and manzanita (Arctostaphylos sp.).

One proactive product has been developed to use prior to going into poison ivy territory. Ivy Block(r) is an aerosol spray or lotion that contains bentoquatam, a derivative of bentonite clay, which forms a barrier that prevents uroshiol skin penetration and chemically binds with it rendering it ineffective. 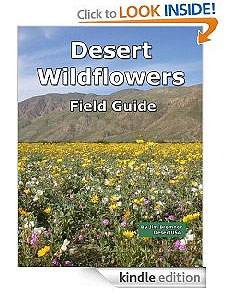 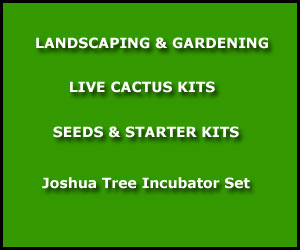