Coevolution and Mutualism in Biology

As exemplified by the relationship between the yucca moth species called "Tegeticula yuccasella" and the yucca plant species called "Yucca elata," the biological phenomena of coevolution and mutualism hold special interest for those involved in the science of life.

The word "coevolution" speaks to organisms or systems that have interacted in ways that have influenced their evolution over time. 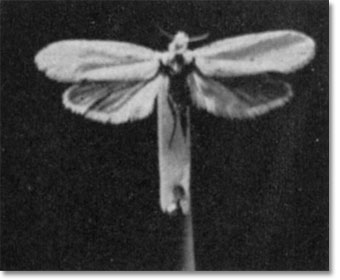 The yucca moth, emerging from her cocoon, flies at night to a yucca flower and collects pollen from the stamens, holding a little ball of it in her mouth-parts. She then visits another flower and lays an egg in the seed-box. After this she applies the pollen to the tip of the pistil, thus securing the fertilisation of the flower and the growth of the ovules in the pod. Yucca flowers in Britain do not produce seeds because there are no yucca moths.
Source http://www.gutenberg.org/files/20417/20417-h/20417-h.htm
Date: 1922. Author : J. Arthur Thomson

The word "mutualism" speaks to organisms or systems that have evolved mutually beneficial or complementary relationships, which may be highly exclusive or more generalized. The interdependent relationships between the yucca moth and the yucca plant and the fig wasp and the fig tree typify exclusive mutualism. Interdependent relationships between communities of organisms exemplify the more general mutualism; these include, for instance:

Insects, hummingbirds and even bats may depend on various flower species for food in the form of sugar-rich nectar or solid pollen, and the flower species depends on its various animal partners for the service of pollination.

Birds may rely, seasonally, on plants' berries or fruits as sources of nourishment, and the plants rely on the birds as distributors of (undigested) seeds.

Mushrooms, growing in a forest, may envelop the roots of various tree species, stabilizing the soil matrix and promoting the hosts' water absorption while the trees provide mushrooms with essential sugars and starches.

How do I recognize the yucca moth?

Where can I see a yucca moth?

How do I tell the difference between a moth, a butterfly and a skipper?

Watch a video about the Joshua Tree (Yucca brevifolia).

The Rattlesnake
Rattlesnakes come in 16 distinct varieties. There are numerous subspecies and color variations, but they are all positively identified by the jointed rattles on the tail. Take a look at a few of them, and listen to their rattle!

Use our Animals index page to find information about all kinds of birds, snakes, mammals, spiders and more!