Salton Sea is drying up

Salton Sea is drying up

by Jim_b
The Salton Sea is so flat and shallow that a vertical foot of drop can expose thousands of feet of dry lake bed. As the playa is exposed, it dries quickly in the desert heat and sun. The winds kick up the dust, creating a serious air pollution problem. The flow of water into the lake is now greatly reduced, causing salinity to spike; eventually, even the hardy tilapia fish will die off, the birds that feed on them will either migrate or die off themselves, and the dust will only get worse. 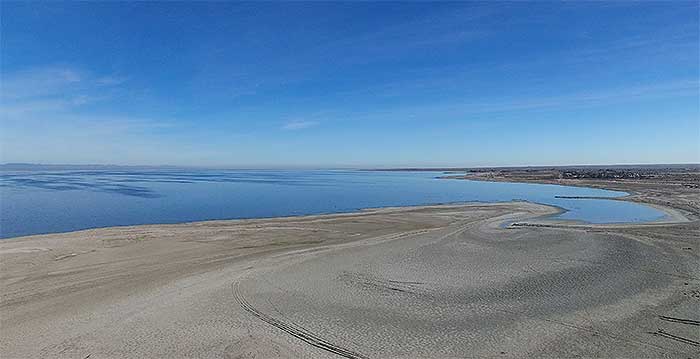 Re: Salton Sea is drying up

by doug
Someday, after it dries up even more, I'm sure it will stink to high heaven. Oh, it already does. Never mind!

Re: Salton Sea is drying up

by Reziac
Fact is, you can either have the Salton Sea, or you can have the Colorado River, but you can't have both; so long as you want the river, the sea is going to continue drying up, which is to say, reverting to the basin's state prior to 1905, when the [modern] flooding first occurred. And we're a whole lot more dependent on the Colorado River than on the Salton Sea.
All times are UTC-08:00
Page 1 of 1