Dubbed the “Slow One”, a mud pot five miles northwest of Niland, California is making history. The Niland Geyser, an odiferous, bubbly mud pool, first appeared in 1953 and was a typical, stationary mudpot until some time around 2007 when it began to move westward. Its progress was slow at first, but since April of 2018 it has grown increasingly mobile and now has moved 240 feet from its original site, leaving an unstable wet swath of ground behind. The Slow One is now perilously close to Highway 111, the Kinder Morgan petroleum pipeline and Verizon’s buried fiber-optic cables. It has already disrupted Union Pacific’s railroad tracks. 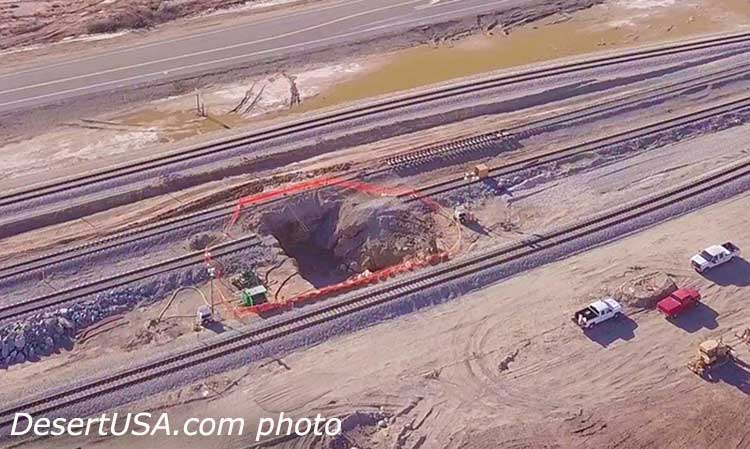