The North American Deserts
& Deserts of the World

In most modern classifications, the deserts of the United States and northern Mexico are grouped into four distinct categories. These distinctions are made on the basis of floristic composition and distribution -- the species of plants growing in a particular desert region. Plant communities, in turn, are determined by the geologic history of a region, the soil and mineral conditions, the elevation and the patterns of precipitation.

Three of these deserts -- the Chihuahuan, the Sonoran and the Mojave -- are called "hot deserts," because of their high temperatures during the long summer and because the evolutionary affinities of their plant life are largely with the subtropical plant communities to the south. The Great Basin Desert is called a "cold desert" because it is generally cooler and its dominant plant life is not subtropical in origin. 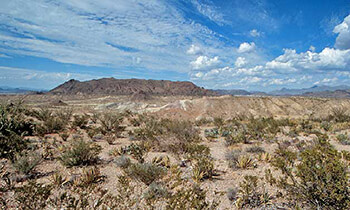 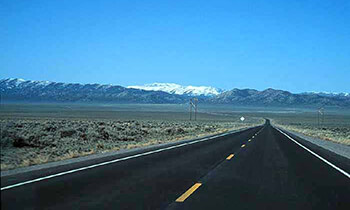 Great Basin Desert: The northern three-quarters of Nevada, western and southern Utah, to the southern third of Idaho and the southeastern corner of Oregon. According to some, it also includes small portions of western Colorado and southwestern Wyoming. Bordered on the south by the Mojave and Sonoran Deserts. 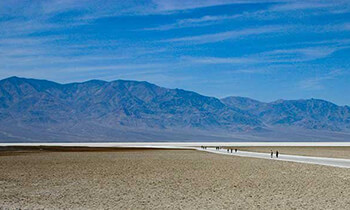 Mojave Desert: A portion of southern Nevada, extreme southwestern Utah and of eastern California, north of the Sonoran Desert. 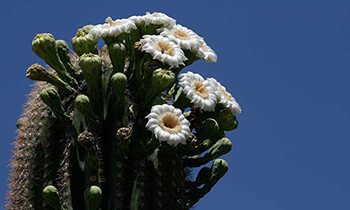 Sonoran Desert: An arid region covering approximately 100,000 square miles in southwestern Arizona and southeastern California, as well as most of Baja California and the western half of the state of Sonora, Mexico. Subdivisions of this hot, dry region include the Colorado and Yuma deserts.

This classification of North American deserts is by no means universally accepted by all biologists, geologists and other scientists. For instance, some maintain that the Mojave is not a distinct desert at all, but simply a transition zone between the Great Basin and Sonoran deserts. Even among those who agree upon this classification, there is disagreement over the exact geographic areas circumscribed by each of the four deserts. Some scientists would use animals and other criteria, as well as distribution of plant species, to determine desert different boundaries for these four deserts.

The Colorado Plateau is another major source of disagreement among scientists. This semiarid region of southern Utah and northern Arizona contains many majestic national parks, including Arches and Grand Canyon. Yet, experts cannot agree on the desert classification of this geologically distinct region. Some do not include the Colorado Plateau within any desert at all; others call this area the Painted Desert; still others, DesertUSA included, consider this region the southeastern extent of the Great Basin Desert. 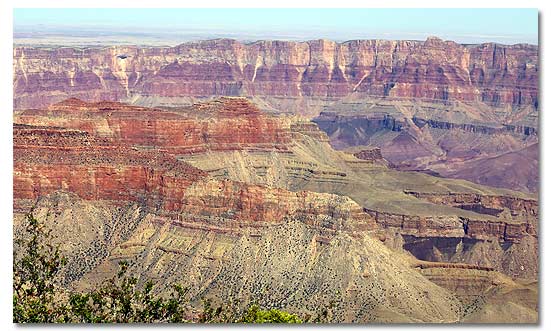 Great American Desert: An ill-defined, semiarid region of the Great Plains, or, all of the North American deserts combined.

Magdalena Desert: The Sonoran Desert on the lowest third of the Baja Peninsula.

Painted Desert: This term is used differently by different writers:

A narrow desert strip running west of the Grand Canyon, north-to-south along U.S. Route 89, then turning east along Interstate 40 to just beyond Petrified Forest National Monument.
OR
The entire region from the northern boundary of the Sonoran Desert of Arizona to southwestern Colorado and southern Utah, encompassing the Colorado River, the Colorado Plateau and its numerous parks and monuments.

Salton Trough is defined by the US Geological Survey as a a basin existing east of the Peninsular Ranges of Southern California and west of the San Andreas Fault in the vicinity of the Salton Sea. The Transverse Range at San Gorgonio Pass bounds it on the north. The southern end is in the Gulf of California. It’s considered a landward extension of the Gulf of California tectonic zone. The Salton trough extends all the way to the Peninsular Range on the west, and Anza-Borrego Desert State Park is in it as well as the Coachella and Imperial Valleys.

Sevier Desert: A subdivision of the Great Basin desert just northwest of Delta in south-central Utah.

Vizcaino Desert: The Sonoran Desert on the middle third of the Baja Peninsula.

Yuha Desert:That portion of the Sonoran Desert between Ocotillo and El Centro, California, south across the Mexican border.

Yuma Desert: That portion of the Sonoran Desert just east of the Colorado River near Yuma, Arizona.

Deserts of the World

The Sahara Desert: Geology and Climate - One of the most storied and unforgiving lands in the world, the Sahara -- the Arabic word for "desert" -- evokes a poignant sense of time and nature's power, of antiquity and legend, of wonder and mystery.

The Sahara Desert: Wildlife and Culture

The Gobi Desert: Location and Landscape - The Gobi, the fifth largest desert in the world, arcs across the borderlands of northern China and southern Mongolia.

Go back to Desert Life Page