My heroes have always been cowboys 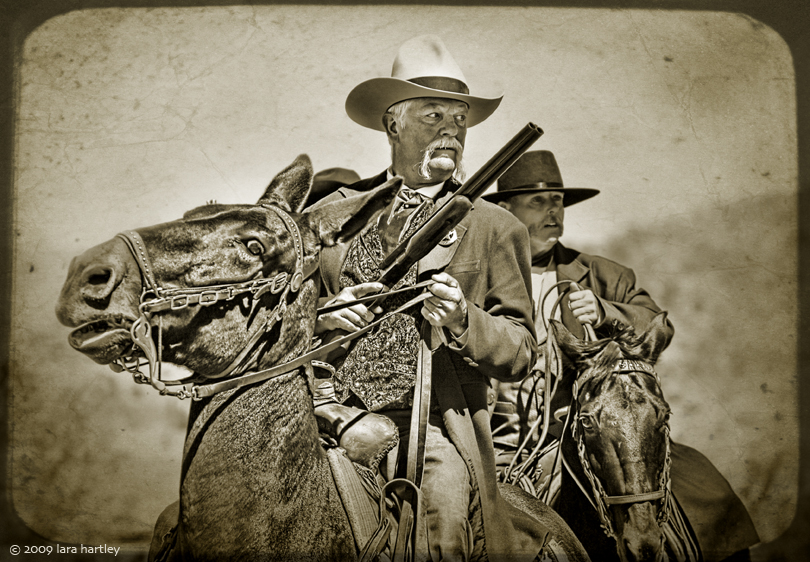 Members of the Old West Mounted Lawmen Association prepare to go after the bad guys attacking the tourist wagon during the Randsburg Old West Days on Sept. 19. These guys were fabulous and so realistic. Lawman Mike in the front is on a mule.

There is something about a cowboy; I am sure you would all agree.

It’s the look in their eyes, the tilt of their hats, the boots and spurs, and oh, a cowboy on horseback — well, that is a sight that inspires, to say nothing of giving a girl heart palpitations.

What is best are those men who don’t just put on the hat and call themselves “cowboys.” Who, even today, live by a code of ethics that has come down from medieval times — that of chivalry and knightly conduct. It may be hidden from plain sight, but down inside lives a cowboy. 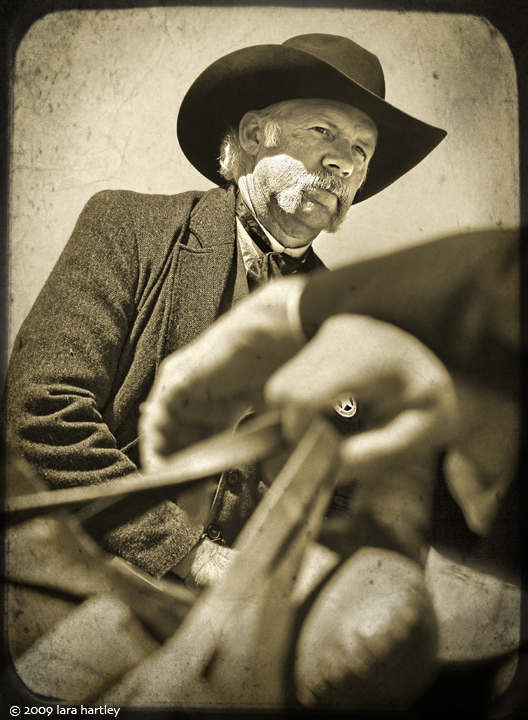 Historically, cowboys were not just white men in fancy outfits and silver six-shooters made famous by Wild West shows in the late-19th and early-20th centuries.

Comprised of mostly young men from a variety of ethnic backgrounds, cowboys stood up for the rancher or cattleman that hired them, their fellow cowboys and themselves. In their simple, yet complex society, they sowed the seeds of an Old West independence. Cowboys, like the mountain men and trappers before them, could survive in a hostile world. 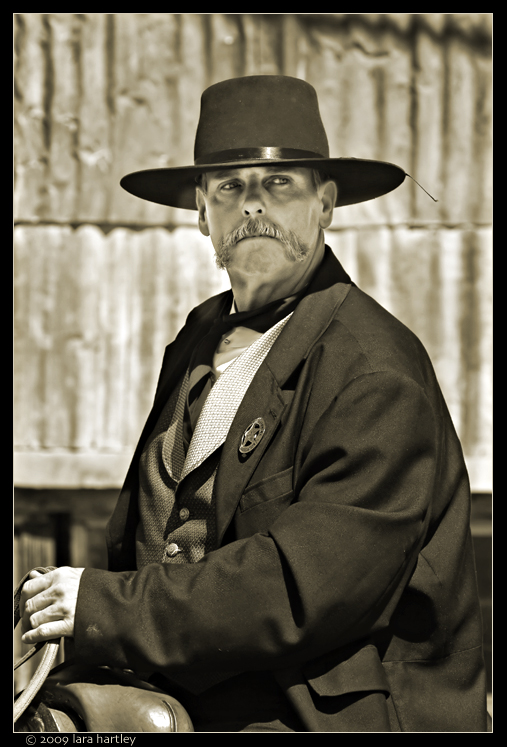 Nowadays there isn’t much call for a range-riding cowboy, other than on a few ranches that still raise cattle in the old-fashioned way.

I’ve seen them near old towns like Caliente, Calif. or Miles City, Montana; driving cattle down from the high country. Cattle dogs weave in and out of a herd in a intricate dance with cowboys on horseback, pushing, moving, moseyin’ those cows along.

So, if you can’t be a cowboy in the everyday world, you can put on that hat, those boots and spurs and live the code in the open, even if for only a day. Or a weekend.

You might be asking, “Hey Lara, where is all this nostalgia going?” 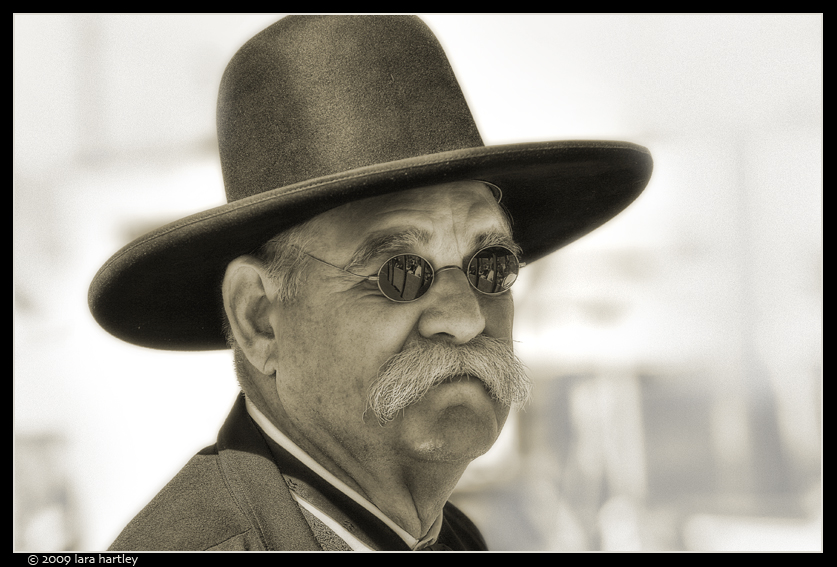 Well, I am a cowboy junkie. Any opportunity to mix and mingle with those gents gets me on the road. — not that I need much excuse to go traveling.

September 19th, 2009 was Randsburg’s Old West Days celebration, and boy, there were cowboys aplenty. Not just cowboys, but cowgirls, cowkids and square dancers. And dirt bike riders, cowboys with a different sort of mount.

Handlebar mustaches co-mingled with high-tech plastic helmets, classic cars gleamed under a hot sun while bluegrass musicians did their thing on the main stage. It was truly an event with something for everybody.

Since I don’t square dance nor ride a dirt bike and my “thing” is photography, I spent my time following cowboys around. Looking for that perfect shot and enjoying the town with lots of people having fun filling the streets and restaurants. 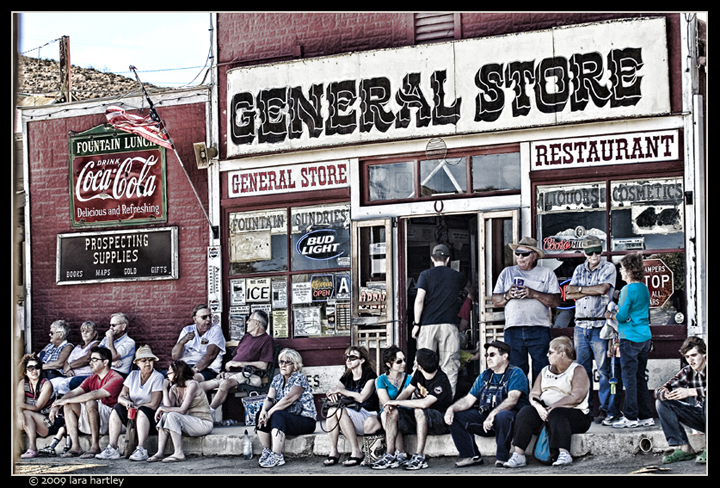 Visitors to Old West Days sat in the shade in front of the General Store enjoying the fun going on in the street.

There was a group of men from the Old West Mounted Lawmen’s Association in full western regalia complete with unique badges, guns, horses and one mule. They lent a unique and authentic touch to the Old West Days looking as if they had just stopped over from the OK Corral.

The organization is comprised of members who have had some experience working in law enforcement in the real world. Their mission statement is simple, “To emulate and perpetuate the bravery, tenacity and integrity of the Old West Mounted Lawmen.” 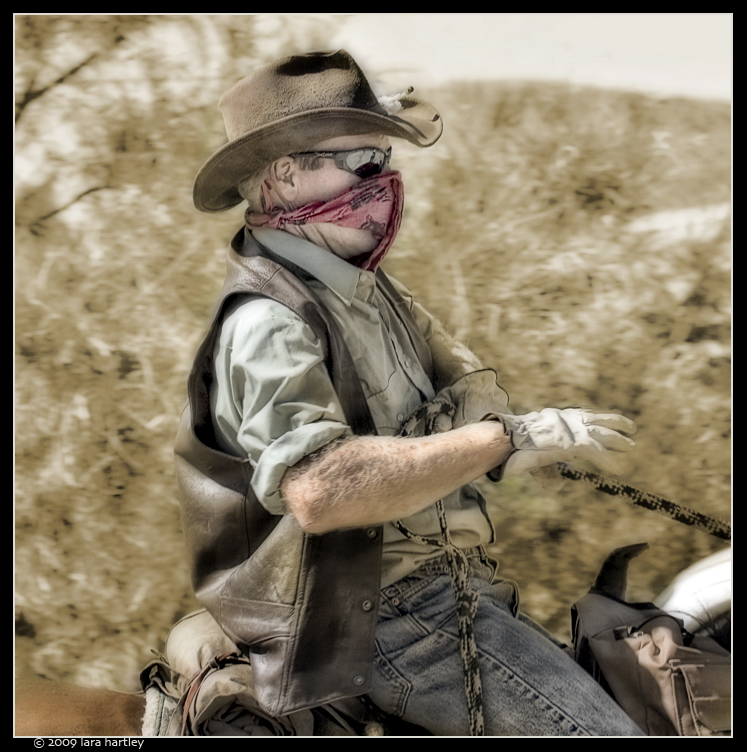 This bandit gent brought his entire family and horses up from Riverside to participate in the Old West Days. Supporters like this really added to the sense of history. He said they were coming back next year!

For what is a world of cowboys without lawmen around to keep them in check.

Bandits held up the wagon hauling tourists around the “Living Ghost Town” of Randsburg and the lawmen rode to the rescue. For a moment, each rider, bandit or lawman, was not in the present. Their faces said they were somewhere else, or perhaps, some time else.

In a place like Randsburg, where most of the buildings are left over from another era, these men and women riding pellmell down the hillside transported us into a world of faded colours and rusting history.

Each of the cowboys from the silver screen and t.v. land had their own code of conduct and they are remarkably similar with the basic premise being truth and honesty. A trait we seem to have lost in much of today’s society.

2. He must never go back on his word, or a trust confided in him.

3. He must always tell the truth.

4. He must be gentle with children, the elderly, and animals.

5. He must not advocate or possess racially or religiously intolerant ideas.

6. He must help people in distress.

8. He must keep himself clean in thought, speech, action and personal habits.

9. He must respect women, parents and his nation’s laws.

This is almost an impossibly high ideal. In the real Old West I am sure not many men could live up to these standards. But in the tradition of the American West and in our imaginations, the cowboy mystique and code has defined much of our American identity. 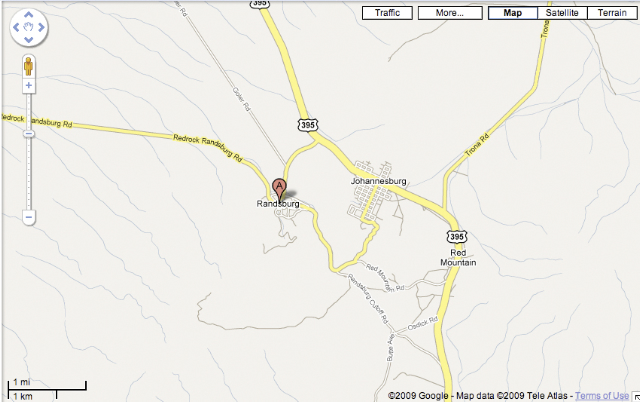