In each photographer the spark of creativity is vitally different, each expression unique.

Inspiration can come in many shapes and forms. A bug, a face, a landscape, flowing water or flowers can inspire you to pause and think, “yes, this is the time to make an image.”

Recently for me, inspiration came in the form of a notion, an idea, a new piece of gear — all at the same time. Yes, it was my handy-dandy Lensbaby (no, I do not have stock in the company) and the new wide-angle adapter for it.

My notion, actually a form of previsualization, was to go to Badwater, Death Valley to make an image of someone alone walking along the path there. The landscape is so big and it just dwarfs people in the scene. How to show solitude, that was my quest.

I arrived at Badwater in the late afternoon. While I was there I noticed a dapper gent taking pictures of a bouquet of flowers perched on the Badwater sign. I thought maybe he was mourning a loss — or another emotional moment.

I walked around a bit working on other images waiting for the light to get better. When the light was perfect I turned around to photograph the Badwater scene. But then the man asked me if I would take a photo of him standing in front of the sign with the flowers.

I figured he was proposing to someone and this was a cute way to do it.

That was pretty close.

Meanwhile, the light I had been waiting for had changed. But still, it was close to what I wanted and in retrospect it was perfect.

I wonder how the dapper gent is doing.

My self-assignment was Solitude. What is more alone than someone walking apart from a company of of strangers.

This image never seemed to have the right title that expressed what I felt when I looked at it — until I found a song sung by Steve Perry on the album “Quest for Camelot” called “I Stand Alone.” So in this case the title of an existing image was inspired by the song.

I asked the question “What inspires you to make an image?” to some friends and Flickr.com comrades.

Here are some answers: 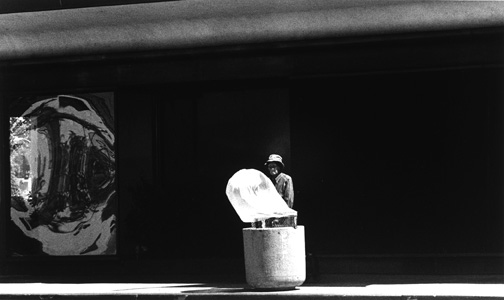 To the point, it is interesting to me to see how other people are truly living their lives, and what their surroundings, features, body language, or attire is telling about them. I can preserve that humanity and share it as see it — I am especially drawn to photographing older people, for it is inevitable — we too will be old. And the media misses that — my camera allows me to express this.

[Elaine has some inspiring images on her Web site and more on her artist statement.] 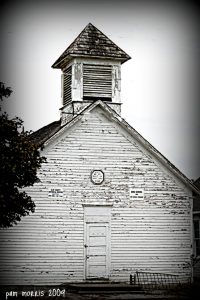 Everything has beauty, everything is interesting and inspirational. 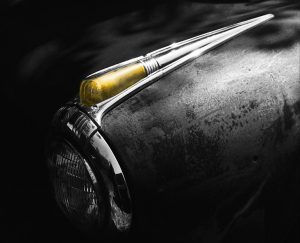 Bill Ramsdell
Mansfield, Texas
68 yrs. old, retired USMC no day job except honey-dos.For me it’s not inspiration, its the need for a photo fix. A craving to capture the moment then the magic of developing the film. If I don’t get out once a week I get antsy. Sometimes I get lucky and produce a keeper. 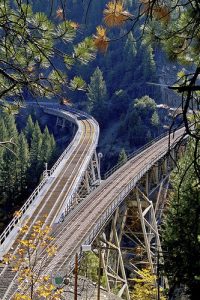 Tootsiecat
Kathy K.
Retired, San Jose, CA[This image has] a nice feeling. It was also the last vacation we had with a dear friend of almost 40 years. She passed away 18 months later of breast cancer.When I see the morning light, with soft shadows or reflections on the water, a flower, a hill, or the cat watching the hummingbird in the yard, I have to stop what I’m doing, grab the camera and head out to capture it. It’s a new creation every time. 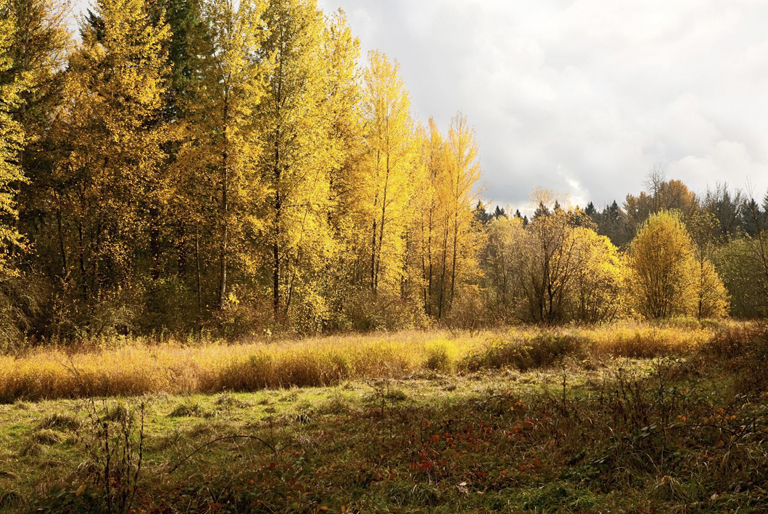 THE LAST OF IT

What gets me up and out with my camera? Interesting question.

Photography for me fills two separate roles along with a satisfaction that comes from filling either. Depending on where or how my life is one may take precedence over the other.

Photography usually serves a documentary function often of people and places. A chance to share with others and serve as something to hold and see to reinforce my memories. And example would be my shots of hikes or road trips that I have been on. But I am not getting out to just take pictures, it is secondary. Not to say that it is less important because it is a part of my experience and without it an important piece would be missing.

More to your question: The one role that gets me up and out with my camera is a function of where my life is at the time. It takes my mind off of my present circumstances, a chance to focus on something else. A chance to, for lack of a better term, reboot my mind. Maybe it is something of a refuge. For some drugs or alcohol would serve the same purpose. Only this is much healthier. A very good example is when I was involved with my mother’s care when she had Alzheimer’s disease. I retreated to my camera then. That has passed but once again I find myself retreating to my old friend the camera but in different circumstances. To seek refuge and get mental clarity, that’s what gets me out with my camera.

lonniec61
Lonnie C.An interesting thing inspiration, no one thing moves me. All of the world and outdoors. I walk the dogs every day with a camera. Walking the dogs gets me out the camera lets me play. So in a way the dogs inspire me to go out and take photos. Often they are the subject, but I often I am inspired with anything that catches my eye, a light refraction, a color a shadow. a foggy morning.

AussieinUSA
Ashley O.
Ridgecrest, Calif.My inspiration is seeing nature all by itself, without anything man-made, in the most remote places I can find. Then I attempt to capture what I see and share with everyone, especially if there are no previous images of that place.

Still
I will remember
Still
I’ll run with you, yes
And when it’s time for you to go
Take me in your heart

© Quest for Camelot is an animated feature film from Warner Bros.