What Happens in Vegas… Goes To Pahrump?

The Misadventures of Mitch Kumstein
The Dog Who Blogs
What Happens in Vegas….Goes To Pahrump? 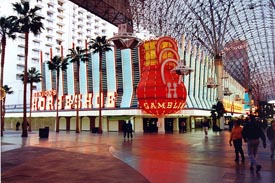 This next story is a little off the beaten path for me.  Ya see, my road trippin’ blogs normally center around Nevada’s history in the Wild West, ya know, cowboys, Indians, prospectors, mules, that kinda stuff.  But some of this state’s most intriguin’ stories are also some of the most current…and definitely some of the most bizarre.  And I think I’ve found one that really goes to the heart of what makes this a facinatin’ state, and Las Vegas an incredibly interestin’ city.  Here my friends, for your readin’ pleasure, is The Death of Ted Binion, as seen through the eyes of Mitch Kumstein.

Ted was the owner of Binion’s  Horseshoe Casino in downtown Las Vegas, and in 1995, while buried with problems of personal drug abuse and on the verge of losing his gaming license, he meets a stripper named Sandy Murphy.  Once Sandy realizes the scope of Ted’s wealth and fame, she claims him off the list of eligible bachelors and moves in with him.  Now, in comes a friend and part-time business associate named Rick Tabish.  Tabish is a Missoula, Montana contractor who takes a likin’ to Binion’s money and his girlfriend.  A coupla’ years later, Ted shows up dead from a drug overdose on top of his ‘ol sleepin’ bag at  his home,  Rick and Sandy are fingered for the apparent murder, and the Las Vegas trial of the century begins.  Oh, yea, here comes the Pahrump connection.  Seems that Ted owned a ranch just outside of Pahrump, Nevada, where he had buried a $4 million stash of valuables, includin’ a whoppin’ 46,000 pounds of silver!  Tabish is also charged with backin’ up the ‘ol U-Haul and helpin’ himself to the goods.  Now, this is how my mind works.  This whole story makes sense to me except for the silver thing…I mean, how do ya load up 46,000 pounds of ANYTHING??  Man, heistin’ precious metals can be backbreakin’ work!!  Well, anyway, both Rick and Sandy are found guilty of first degree murder, and sentenced to life with a possibility of parole.  And, as in most things legal, the verdict is appealed, the convictions overturned, there are new trials, previous witnesses are discredited, evidence thrown out, and this time the accused killers are found innocent. Whew!!  Sandy is released in the Spring of 2005, and Rick remains in an Ely prison (that’s like doin’ time in Antarctica !!..)  for a coupla’ assault charges.  And Binion’s Horseshoe Casino?  Still servin’ up some of the best buffet grub money can buy.  This is Mitch Kumstein, live from Las Vegas, where what happens here,… may end up in Pahrump! 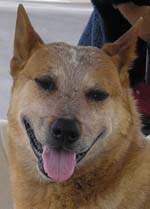