Wild Burros on the Mojave 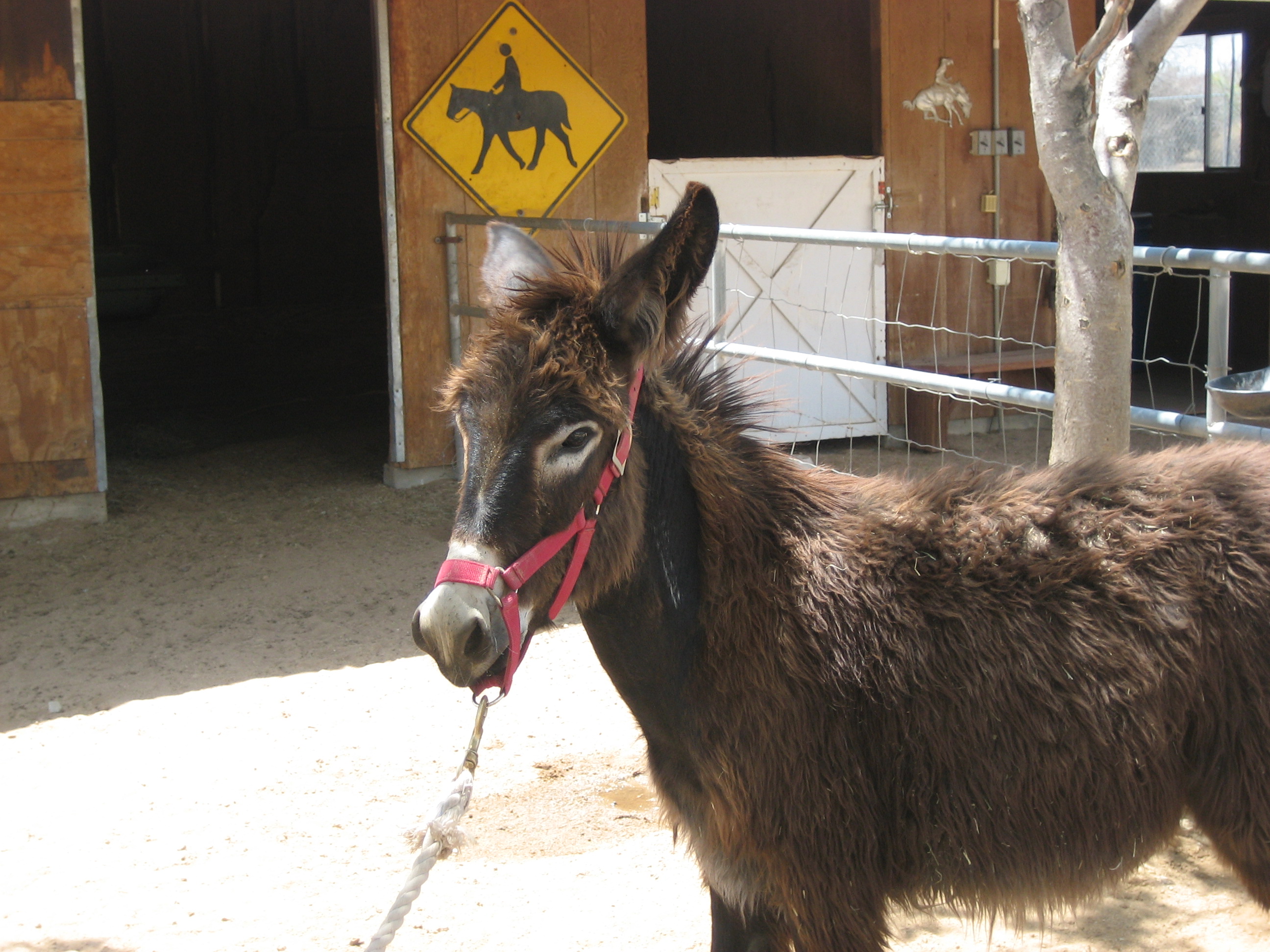 On the northern end of the Mojave desert near the base of the mighty Sierra Nevada Mountain Range is the town of Ridgecrest, CA. which is also the home of one of the Bureau of Land Management (BLM) field offices.  The BLM is responsible for wild horse and burro adoptions, anyone interested in adoptions should check out their website at: https://www.blm.gov/wo/st/en/prog/wild_horse_and_burro/national.html, but in today’s Mojo on the Mojave I have some anecdotal insight about the burro owning experience.

Once you own at least one burro it opens the door to lots of “ass” jokes in your life but you probably figured that one out.  Our burros are pets, they are not used for any other purpose and they make really great pets.  Burros love lots of attention, but they dont start out that way.  They were captured in the wild in Nevada and start out very shy.  Both burros that we adopted were under a year old at the time we brought them home but they were adopted a year apart and being captured in the wild it took time and lots of carrots for them to trust us.  Speaking of carrots, they did not know what carrots were and they would not eat them for a few days but eventually carrots became their favorite treat.  Our first adopted burro which we named Elanore, was given to my wife on Mothers Day.  One of our first surprises was that Elanore likes to run, I always pictured burros just standing around grazing and soaking up the sun, but we are fortunate enough to have over an acre of extra land that they can roam on.  At least a few times a week they put their heads up in the air and run like crazy as they dash about they also bray (hee haw) around the field, it is very entertaining and funny.  They also bray when they get excited, as all of our neighbors can tell you, because they are very excited at feeding times.  Burros also bray when you have been petting them and they want more attention.

Of course getting the second burro a year later set things in motion, Elanore had grown up and matured and the new male which we named Eeyore was a young burro, one year younger than Elanore.  Of course time passes rather quickly and before we knew it, Eeyore had matured.  Of course it did not take very long for Elanore to end up pregnant and one year later a new baby burro was born.  Keeping with the “E” theme we named her Emma.  If you adopt a burro you will soon discover that everyone wants to hold and pet a baby burro, ensuing in more “ass” jokes and visits from family and friends.  We figured that three burros were enough to handle so we put Eeyore in a separate stall but alas their love for each other was stronger than the stall, Elanore was going to be a mother again.  We now have four burros, a gelded male Eeyore and three females, Elanore, Emma and our newest addition Evie.  Now we are set, four wild asses and a hunger for lots of carrots and affection, what better way to feel the Mojo on the Mojave.

Elanore with a Furry Friend at BLM Before Adoption

Our First Adoption, Elanore at Home

Elanore with the New “Still Wet” Addition, Emma at 5am

Everyone Wants to Hold a Burro, Baby Emma

Papa is Watching in the Background

Everyone Wants to Hold the Newest Baby Evie

Everyone Still Wants to Hold a Larger Baby Evie

Waiting to Eat Breakfast in the Summer of 2010