The gray fox is the only member of the dog family that can climb trees, usually to seek refuge or in search of roosting birds. It can reach a speed of 28 mph for short distances and has lived for up to 10 years in captivity; longevity in the wild is probably much shorter. 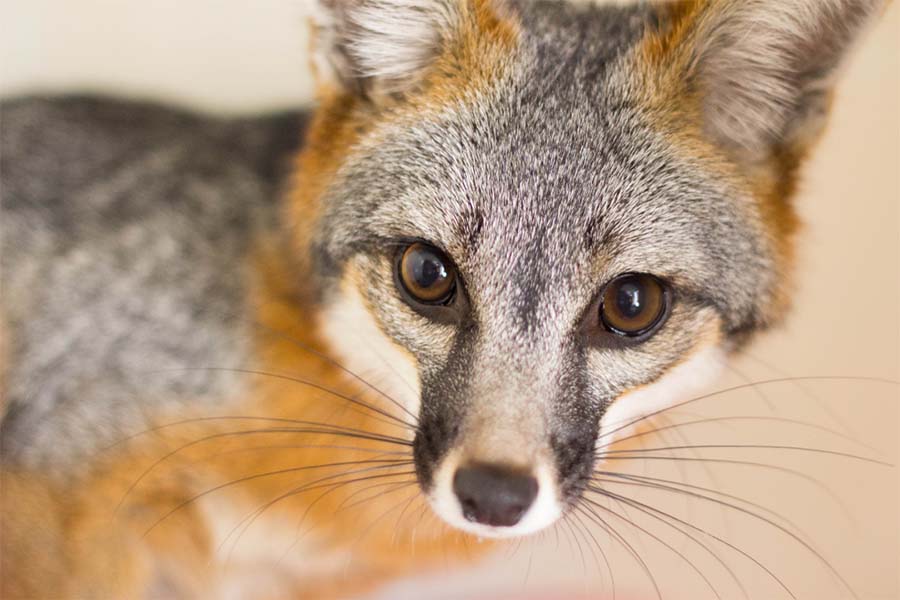 The gray fox is smaller in size than the coyote -- usually 32 to 45 inches long, and weighs 7 to 11 pounds. Its coloration is grizzled gray on top, with a white throat extending underneath; it is rusty-red along the sides. The tail usually has a black mane along the top, with a dark-gray or black tip. Gray foxes have elongated muzzles and forward-pointing ears.

Although primarily nocturnal, The gray fox may sometimes be seen foraging during the day, seeking primarily small mammals, but being an omnivore, it will also eat eggs, insects, birds, fruits, acorns and berries. 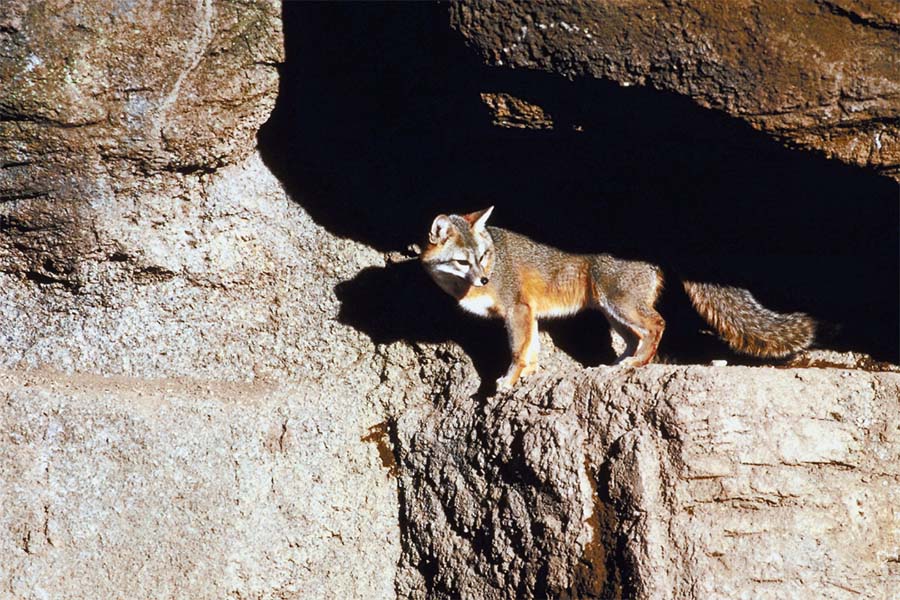 If not using a hollow tree, the vixen (female) may dig her den into soil or enlarge the burrow of another animal. This den may be as much as 75 feet long and can have 10 or more exits. There are also numerous side chambers used for food storage and for the transfer of young, once a chamber becomes too soiled to inhabit.

All four deserts of the American Southwest and beyond.

Chaparral, wooded areas and among boulders on the slopes of rocky ridges in canyons and open desert.

The gray fox mates in February or March, bearing young in April or May -- a gestation period of about 51 days. The three to seven pups are dark brown in color; they are born blind and remain so for about ten days. The young venture out of the den after about five weeks, and are usually weaned by ten weeks. The father provides food for the entire family during this period. The family remains together until late fall, then separates. All foxes generally remain solitary throughout the winter.

The other three species of foxes in the U.S. are the red fox (Vulpes fulva), the kit fox (Vulpes macrotis) and the swift fox (Vulpes velox), each of which is about half the size of the gray fox. The red fox has the largest range in North America, but occurs only in the Chihuahuan Desert of eastern New Mexico. The kit fox occurs in all four southwestern deserts, while the swift fox generally does not occur in any desert environments.

Video - Two gray foxes competing with the bees for water in the Mojave Desert.