I had just walked the two and a half mile uphill stretch of the Fish Creek jeep trail that passes through Split Mountain, the tall, narrow and geologically fascinating divide between the Fish Creek Mountains and the Vallecito Mountains. Fish Creek begins 15.7 or so miles up the creek bed in Hapaha Flat in the Vallecito Mountains at an elevation of about 2,600 feet. It meanders south, and then northeastward and eastward to the Salton Sea, or it would if the water wasn't absorbed into the ground before it got there.

Just past the wonderful formation known as Elephant Knees, I had paused at a place overlooking the Fish Creek Badlands, an area with nude hills, mud palisades, fossil reefs and millions of years of history behind it, when a motorist stopped me. I guessed he was in his late 30s. He was driving one of those gas-guzzling sport-utility vehicles that are so popular these days. His wife sat beside him and their child, perhaps 7 or 8 years old, sat in back.

"What's out there?" he asked me, as if he expected some destination such as a Disneyland act. I was, of course, the wrong person to ask. I go to the desert so I don't have to be going somewhere. Destinations are not my ambition; it's what I find along the way that counts, and so I replied, with a happy smile: "More of the same."

Only when his expression told me that this was not the answer he wanted, did I add that I hoped to get to Sandstone Canyon by that night or the next day. I tried to think of words to describe this place, eight miles or so from where we stood. I tried to tell him how, out there in the mountains, there is this narrow gorge that rainwater has cut through the sandstone, but the words didn't come. I was thinking of the feeling I get from having gotten myself into the presence of the phenomenon, not of the phenomenon itself, and how do you talk about a feeling to somebody who wants quick answers about phenomena? I didn't see the man and his family again, so I don't know if they ever got there.

You walk into this part of Anza-Borrego Desert State Park, and you feel like you are in an old place. Make that an old place full of hills made of old mud and the ruts and cracks of earthquakes. A place that isn't full of plant and animal life, making the plants and animals that are there seem all the more precious.

In their book, Geology of Anza Borrego: Edge of Creation, Paul Remeika and Lowell Lindsay tell us that a shallow marine sea occupied the eastern edge of Anza-Borrego about 4 or 5 million years ago, and the Fish Creek basin was inundated. The marine environment, consisting of the gypsum, turbidite sandstone, mudstone and calcareous sandstones that we can see out there today, supported a multitude of intertidal shellfish. Now that the sea is no longer there, over 200 invertebrate fossil species have been identified, including snails, periwinkles, starfish, sea urchins, barnacles, corals, oysters, and clams.

As I walked along the trail past the mile and a half-long palisades of what geologists call the Deguynos Member, two women in a beat-up pickup truck slowly passed me. I watched them halt at the turnoff for the Loop Trail, a side trip through fossil-rich area to the north. In a few minutes they were joined by two men in a pickup truck. The men turned up the Loop Trail and the women followed, four people out for a pleasant day's outing.

I stayed to the main trail, passing the turnoff south for Camel's Head. Remeika and Lindsay say that local evidence of petrified wood, fossil vertebrate bones and shellfish heaped in great abundance mark this area. They also note that many large fossil footprints of the Pliocene camel Megatylopus, measuring up to eight inches long, have been found here. Not by people with my kind of luck for finding such things, however. The soil here is river delta soil. Millions of years ago, this piece of real estate was the mouth of the Colorado River.

Soon Whale Peak (5,349 feet), the highest point in the Vallecito Mountains, and a peak whose pinyon pine forests I have enjoyed walking in a few times, came into view. I remember Whale Peak for one night I spent out there listening to screech owls.

I could also see the tall and dramatic mud palisades at the head of Olla Wash. The road does not take a direct route toward the mountains, but circles around following the downhill route of the creek. In the process, it takes a person close to the Arroyo Tapiado area which is known for its caves.

I kept moving because the day was wearing on, and I was starting to tire, and I needed a place to set up camp. As the hour grew later, the number of passing people became fewer. I noticed I had developed a blister on my foot, and that was a concern. As for camping, I figured I would look for a smooth and level rock-free piece of wash that jeeps and trucks couldn't get to.

The last motorists of the day, two women in a pickup truck, passed me at 5:30 in the afternoon. I had the whole big desert out there to myself.

When I woke up the next morning, I realized I had more than one blister and they felt worse than I had thought. I applied adhesive moleskin and set out for Sandstone Canyon about two miles away. Sandstone Canyon runs downhill into Fish Creek. The soil originally washed down from the sides of the Vallecito Mountains to the north. It is important when one is in country like this to always know the origin of the soil.

The walls of Sandstone Canyon are roughly one to two car widths apart and three or four stories tall. It is as if the soil was like thick cake icing and some giant madman swirled his very sharp and thick knife through it with no intention whatsoever of cutting a straight line. Here the canyon walls are smooth, there they are jagged. Perhaps the madman used a knife with a serrated edge. Farther up the canyon are some fanglomerates (conglomerates that have come together to form an alluvial fan).

This quiet canyon seems to be a good place for desert plants and flowers to grow. These are not great stands of flowers, but a few flowers that are nice to see after a long walk across the Fish Creek Badlands. I noticed several desert asters in bloom, blue flowers that grow on the canyon floor and walls.

By early afternoon I had walked through the canyon and back and returned to my camping place of the night before. I sat down in the shade, ate some lunch, and took a nap by the side of the road. I decided to walk across the desert when the sun was starting to lower, using my flashlight if it got dark. I knew there would be a good moon to help light my way if I needed it, and moonlight walks in the desert are always a pleasure, provided you can see enough of the trail to avoid stepping in chuck holes or tripping over rocks.

It was a good decision. The sunset light lingered on for an hour or more, giving a golden hue to everything, especially the rhythmite in the palisades of the Deguynos member. The desert is gorgeous in such light.

It was twilight when I passed the red palisades, but they seemed dark green in the approaching darkness. Two hours and five or six miles after setting out, my body told me I had walked far enough. I looked through the darkness at the side of the road for the place to camp. On this particular evening, I knew I would be able to see the Hale-Bopp comet. I turned the window of my tent to the northwest to be sure of a good view.

If you elect to drive off the paved highways and roads in Anza-Borrego Desert State Park, call 760-767-4205 before you do. This is the number for the State Park Visitor Center. Ask about conditions on the unpaved road you wish to take.

In addition, it is always a good idea to carry a tire gauge and a tire pump. Tire pumps that run off of your car's power outlet are available in auto parts stores for less than $50.

If you are stuck in the sand, lower the pressure in your tires to improve traction. When you are back on solid ground, you will want to put the air back in.

This walk should not be done in the summer because of the high temperatures.

The Saguaro Video
The Saguaro often begins life in the shelter of a "nurse" tree or shrub which can provide a shaded, moister habitat for the germination of life. The Saguaro grows very slowly -- perhaps an inch a year -- but to a great height, 15 to 50 feet. 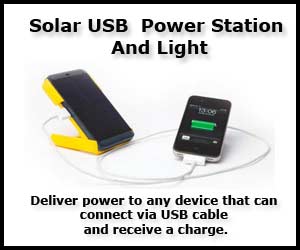