Topaz is a silicate mineral that has been valued for centuries as a gemstone used in jewelry. Mineralogists call Topaz a hydroxy-fluoro-aluminum silicate, with the chemical formula Al2SiO4(F,OH)2.

Topaz is the hardest silicate mineral , but it can be split with a single blow, a trait it shares with diamond. The crystals can reach an enormous size of several hundred pounds. Topaz make very attractive mineral specimens due to their high luster, lovely colors and well-formed, multi-faceted crystals. But most so-called topazes are really citrines, a Brazilian yellow quartz, produced by heating smoky quartz .

The name Topaz may come from the old Sanskrit word "tapaz," which means fire, based on a common misconception that all topaz is golden in color. Pure Topaz is colorless, but it occurs in a variety of colors due to various impurities. -- yellow, brown, orange, beige, red and green . Some rare and exceptional topaz is pale pink, sherry red or blue. But most blue topaz is artificially created by irradiation of Pale Topaz from Brazil, Sri Lanka, Nigeria or China.

The Egyptians believed that Topaz was colored with the golden glow of the sun god Ra, making it a powerful amulet to protect against harm. The Romans associated Topaz with Jupiter, also god of the sun in the Roman pantheon. The ancient Greeks said that it had the power to increase strength and make its wearer invisible in times of emergency. Some experts today maintain that the Topaz of modern mineralogists was unknown to the ancients, and that the stone called "topazos" was probably either chrysolite or peridot.

In the American Southwest, Topaz is found in San Diego County, California, the Thomas Mountain Range of Utah, Pikes Peak, Colorado, and the Llano Uplift region of Texas. A famous Blue Topaz hunting ground is located in the Hill Country of Mason County, Texas, where North America's largest known gem-quality Topaz was discovered in 1904. This 1,296-gram, pale-blue crystal now resides in the Smithsonian Institution in Washington DC.

Barry Storm's Jade Mine DesertUSA researches Barry Storm, the author of Trail of the Lost Dutchman, first published in 1939. In 1957 he came out to California and was wandering around in the desert near Joshua Tree National Park. He chipped off the corner of a rock and discovered it was jade. Thinking he'd found the source of the ancient Mayan's jade, Storm mined and lived in that area for the rest of his life. Join us on our road trip to see Barry Storm's Jade Mine.

Ballarat and the Rainbow Chasers
At the end of every rainbow is a pot of gold. Parked at the base of the Panamint Mountains are the remains of Ballarat, California. Founded in 1876 as a supply center for gold mines and prospectors, Ballarat lasted 21 years. After the post office closed in 1970, Ballarat became home for two famous rainbow chasers: Shorty Harris and Seldom Seen Slim. Learn more about these colorful prospectors, and the ghost town of Ballarat in this video. 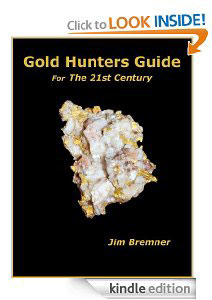