Mesquite, the most common shrub or small tree in the Desert Southwest, forms fruit of bean-like pods in the fall that have long been a nutritious food source to humans, wildlife and livestock.

For Native Americans of the desert regions, mesquite was not only relied on as a dietary staple, but as the most important economic plant of their culture. The Papago, Pima, Yuman, Cocopa, Mohave and Cahuilla peoples of Arizona and California utilized all parts of the mesquite:

But it was the mesquite pod, with its nutritious, bittersweet pulp, that provided the greatest benefit to indigenous desert peoples. They collected pods each fall, often eating many of them green from the trees. The rest they dried in the sun and stored in large baskets for future use.

Usually, the beans (pods and seeds) were ground into a coarse meal, then by adding water, were transformed into a gruel or a cake without cooking. Some cultures are said to have taken the seeds from the pods and ground them into a flour called pinole, from which a bread was actually baked.

Add the authentic Southwest taste of mesquite to your meals by trying the following recipes, or simply sprinkle mesquite meal on meats and vegetables before grilling.

Collect mesquite pods in September and October, discard the light or hollow ones and retain the full or heavier ones. Dry in the sun, or in the oven on low heat, until pods are crumbly, then grind in blender or food processor. This can be difficult because the seeds are much harder than the pods. While it easier to grind the pods alone, nutritional value is lost and the flavor is somewhat different.

(Native Americans used a metate, a flat stone with a concave surface on which nuts, grains or other food items can be ground using another stone.)

If you cannot, or do not want to dry and process mesquite meal yourself, commercial products like as those sold at the DesertUSA Store, are also available.

Place water and pods in a covered crock pot and cook at low heat for 12 hours. Strain, then reduce by boiling to the consistency of thin syrup. Cool and serve the thick, bold syrup on hotcakes or Texas Toast. 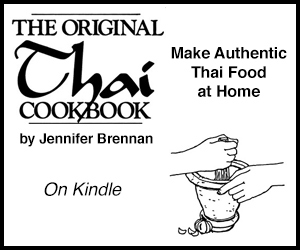 Mix together dry ingredients. Use a wooden spoon to stir in oil, then water, making a ball. Knead for 2 minutes, then cover and let sit 20 minutes. Divide into 12 balls, then flatten into 1/8" disks and cook in a dry skillet at medium temperature. When slightly brown (appx. 2 minutes), turn and cook the other side 1 minute. If you plan to use the cooked tortillas at a later time you can store them in a plastic bag.