As humans expand their living areas and coyotes expand their range as well, contact is inevitable. Most of the time, coyotes go out of their way to avoid humans, but they're discovering that humans are a good source for food. Resourceful and adaptable as coyotes are, they will take advantage of this when they can. In urban areas and in some national parks coyotes are changing their behavior.

The most serious problem is that the animals may become habituated to people. As they lose their fear of people, they will become bolder in approaching people and may put themselves in hazardous situations they would normally avoid.

Coyotes have attacked people. It's not common, but there have been more attacks reported in recent years due to the urbanization and population growth of cities that border wildlife areas.

“Coyote attacks on humans and pets have increased within the past 5 years in California. Forty-eight such attacks on children and adults were verified from 1998 through 2003, compared to 41 attacks during the period 1988 through 1997; most incidents occurred in Southern California near the suburban-wildland interface.” (Coyote Attacks: An Increasing Suburban Problem, Timm and Baker ’04)

“Out of the 89 coyote attacks in California, 56 of the attacks caused injury to one or more people.  Out of those that caused injury, 55% were attacks on adults. In 35 incidents, where coyotes stalked or attacked small children, the possibility of serous or fatal injury seemed likely if the child had not been rescued.” (Coyote Attacks: An Increasing Suburban Problem, Timm and Baker ’04)

Normally coyotes are timid and shy away from people, but they have been known to attack people. There are only two known fatalities. In 1981 in California, a 3 year-old girl was attacked and killed by a coyote when she was playing unattended in her front yard. In 2009 singer Taylor Mitchell was killed in a coyote attack in Canada. Wikipedia says "Her death is the only known fatal coyote attack on an adult as well as the only known fatal coyote attack on a human in Canada. It shocked experts and led to a reassessment of the risk to humans from the predator behaviour of coyotes."

If people feed coyotes or if there is a food source associated with humans the coyotes will become less fearful of people and more attacks will occur.  So in order to reduce or eliminate attacks it is VERY important that we condition the coyotes to fear people.  People can help condition coyotes by doing the following:

Coyote Articles
The Coyote: An Icon of American Mythology and Folklore
eBook on the Coyote ---Kindle --- iPad-iPhone 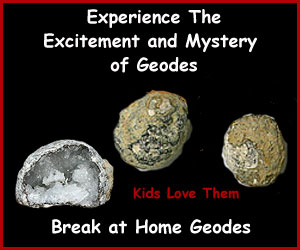